All along the lakefront, the city’s covering up the toxic brew bubbling through our bygone industrial heartland 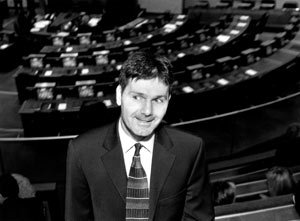 On a blistering, windy, sunlit morning, the grassy sweeps of Tubs and Gee Gage Rugby Field in the Beach are picture perfect, almost too green to be true.

But locals who’ve been fighting the good eco fight will tell you with a chuckle that the greenery around Chernobyl is looking pretty lush these days, too.

No, there’s been no nuclear disaster here. But the fallout from decades of industrialization right across the inlet has made this section of the lakefront ground zero of sorts for land contamination.

Welcome to the “smelly park,” part of the Ashbridges Bay Sewage Treatment Plant lands at Coxwell and Lakeshore that, when Tom Jakobek ruled the roost back in the day, somehow went from no-man’s land to usable greenspace.

The Balmy Beach Rugby Club has been playing its home games here on Saturday afternoons for years. Over by the baseball diamond, footie tournaments for the kiddies are a popular draw.

But wander past the pumping station round that looks like something out of a Ray Bradbury sci-fi, and the evidence mounts that this is actually a works department site: discarded barrels that used to carry waste, sewage seeping up through dips in the landscape, and temporary orange fencing cordoning off obvious no-go zones. Colour this park a brownfield.

There are big plans afoot for Tubs and Gee – to add pathways and lighting, soccer fields and public washrooms, and to rechristen it Pump House Park. The hope is that it will become a people place, a green link in a network of spaces that includes Lake Ontario Park in the port lands south of Lakeshore.

But here’s the real dirt: the soil is poisonous, the city has no money, and officials are fudging the info. When it comes to dealing with contaminated soil, the modus operandi has been to cover the mess up, literally.

In Toronto’s old industrial heartland, soil is a tricky business.

So far, the neighbourhood liaison committee being con­sulted on the Pump House project is out of the loop about the toxic bomb ticking underfoot.

“You can never really get a handle on how contaminated lands really are,” says committee co-chair and long-time health ac­tiv­ist Laura Jones.

The city isn’t sharing the results of soil and water samples. Too technical for public consumption, we were told when we tried to pump the city for details. Call back in the fall. But by then, approvals for the park pro­ject, in all likelihood, will already be finalized.

Not that this worries area councillor Sandra Bussin. The soil is “a small part of the problem,” in her opinion.

“People are playing on it now. That’s the ridiculous aspect. Why haven’t we been doing something if there’s some issue?” The question hangs uncomfortably in the ether.

What we do know about the Pump House site, thanks to a few throwaway lines in a city water department update on the project, is that the levels of metals and organic chemicals exceed Ministry of the Environment standards “for long-term human and environmental health.”

By how much we don’t know. It’s a safe bet, though, that whatever’s bub­bling beneath isn’t pretty. Any breeze on a warmish day offers residents a reminder.

The current waterfront was formed sometime in the late 1800s out of landfill, garbage dumped over the decades. In 1910, the city started piping sewage and waste all through these parts, storing it underground and then pumping to the main sewage plant on the south side of Lakeshore for treatment.

The incinerators that burned garbage and sludge just to the south and west, though no longer in use, cast a long shadow, spewing residue from mercury, lead, cadmium and all manner of other poisons over these parts for years.

In the late 80s, in a huge area just to the west, around Queen and Leslie, a deadly cocktail of heavy metals was found in the front and backyards of about 1,000 homes – our very own Love Canal.

That soil was dug out and replaced with “clean” fill. How clean we don’t know. But that’s another story.

Since the Harris government changed the rules about the redevelopment of toxic brownfields back in 97 – more from liability concerns than from ecological ones – the city’s tendency has been to literally sweep toxic soil under a carpet of dirt. It’s called “capping,” and it’s cheaper than other soil treatment technologies, but of course not the most effective.

All along the lake, from the city allotment gardens at the foot of Leslie (yes, veggies are grown there) to beneath the Gardiner and the Cherry Beach sports fields, where engineers are trying to vacuum a toxic plume out of the soil on adjacent lands, the city has opted to cap.

Cleaning contaminated dirt is a mucky business, highly specialized and potentially volatile. For the most part, we’re still trying to figure out the science.

A range of technologies use chemicals, natural organisms like fungi and bacteria (bioremedi­a­tion), even trees and vegetation (phyto­­remediation) to suck up harmful com­pounds. Poplars and other plants have proven particularly effective at siphoning harmful chemicals. But that’s not an option at Pump House, where plans for a savannah had to be altered because of security concerns over access to the pumping station.

Eco-friendly methods of deal­ing with toxic soil are generally preferred but are also costly, labour-intensive and can take months to bring soil to acceptable levels.

Most importantly, they’re not rec­ommended for full-scale cleanups, but are seen as a finishing or pol­ishing step.

There’s just no silver bullet. The one common factor in the available techno­lo­gies is that they’re all po­tentially capable of causing more damage than the pollution itself.

“Some contaminants can easily be treated on site using capture-and-release systems. Others, it’s a matter of digging out the contaminated soil and some form of encapsulation. Putting in slurry walls may be required if there are issues of contaminants migrating laterally off-site through groundwater,” says MacDonald.

“The other issue that always comes up is the fact that some contami­nants create gases like methane. If you don’t have a proper seal….” Ka­boom, conceivably. (Methane is high­ly flam­mable.)

In the U.S., the immediacy of danger posed to the public is a major de­terminant of what tech is ultimately employed to clean up a site, says Su­zanne Ackerman, a press officer with the Environmental Protection Agency in Washington, DC.

Here, we have no body specifically responsible for human health looking at the redevelopment of brownfield lands, says Katrina Miller of the Toronto Environmental Alliance.

About four years ago, following reorganization of the planning department, public health was rele­gated to the sidelines of remediation issues – an unfortunate move, says Miller, because groups now get information about testing and remediation plans after the approvals by the Ministry of the Environment.

Significantly, back when the public health department played more of a role reviewing and monitoring, it didn’t like the idea of capping.

“They wanted to see much more excavation so the soil could be sent for proper treatment,” says Miller.

In the case of the proposed Pump House Park, city bureaucrats who would know about water and soil samples from the site referred questions from NOW to communications and consultation.

There, Lisa Boynton suggests in an e-mail response that what info the city has is too complex for laypeople to absorb and that, moreover, the city may not have to do anything at all to remediate the site.

“While historic investigations have identified chemicals that exceed the Ministry of the Environment standards for some contami­nants,” writes Boynton, “at this time, not enough detailed information is available to determine the need for re­medial actions, nor is enough in­for­mation available to assess potential remedial technologies.”

Since 2005, a public Record of Site Condition (RSC) to ensure that con­tam­inants are within permissible limits has had to be filed with the provincial Ministry of the Environment before aproval can be given for brownfield redevelopment. But there are gaps in the legislation.

An RSC is only required when a dif­ferent land use than the existing one is being proposed – switching, for example, from industrial or commercial uses to residential.

It’s not so clear that an RSC will be filed for the Pump House Park proposal. The city could argue that the lands have been used as a park for decades, even though it’s a works site.

Councillor Bussin believes that cap­­ping whatever contaminated soil is buried at Pump House Park should suffice.

“I’m fairly confident once fill goes in,” she says. “We’ve allowed it to be used for recreational purposes for as long as I’ve been alive and before that.” Bussin says a cap of up to 1.3 metres is the requirement for parks land, but as little as a third of that, 30 centimetres or 1 foot, has been used in the past.

But how far do you go? Contaminants tend to percolate up through the soil, coming to rest within the first few inches below the surface.

Laura Jones says there’s no consen­sus on capping. “If you didn’t want people using the land, then capping it is good enough. But if you’re concerned about groundwater, you’d cer­tainly need a more extensive cleanup. And I don’t think any government is willing to do that.”

What strikes Jones most of all is the generally inadequate testing pro­­cess. “They’re not benchmarking. They go in and do bore holes for a year or just before the project is put in. But they don’t do anything to give you a trend over time and prove that land has been remediated.”

Rewind to 2002, when all manner of heavy metals, including lead and cadmium, and arsenic were discovered at Leslie, a block from the pro­posed Pump House Park, under a section of the Gardiner levelled to make way for an art installation, bike lanes and a park.

The promised park never materialized after the contamination was dis­covered and the city decided the costs of remediating on site were prohibitive. It was capped instead.

Residents weren’t happy, but after much kicking and clawing by then councillor Jack Layton, council agreed in 2004 to set up a committee of staff and residents to monitor the site. A sign warning users of contaminated soil was also proposed.

But the monitoring committee hasn’t met since April 2006. And the promised sign is nowhere to be seen. The city and area residents, it seems, can’t agree on the wording.

“Staff don’t want any part of it,” says community activist Bill Brown, a member of the committee. “With the new administrative structure they’ve got now, accountability is really an issue.”

Councillor Paula Fletcher says the Gardiner site is being monitored, although there’s been no report to the monitoring committee. She says the medical officer of health still has to sign off on remediation projects.

On toxic soil, Flet­cher says, “There are lots of different perspectives. This is the difficulty in the port lands. Every time you want to do something, you run into conta­minated soil. It’s a fact of life.”