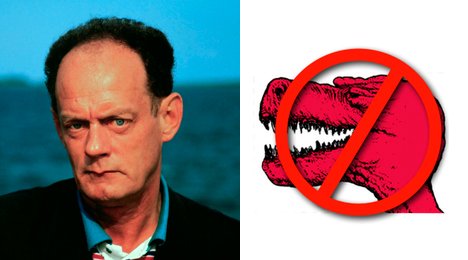 Rex Murphy, the National Post’s newest columnist and longtime CBC windbag, practises a unique brand of journalism. Rabble editor Murray Dobbin describes what sets Murphy apart like this: “Most commentators and columnists at least occasionally refer to some facts.”

Exasperated by Murphy’s commentary, Dobbin recently masterminded the alternative news site’s most recent stab at the status quo: the Not Rex Murphy contest, a drive to find the anti-Rex.

The contest started mid-January and aims to narrow in on a counterpoint to be podcast via Rabble.ca every week by mid-March.

“We’re looking for someone who isn’t pompous, occasionally uses facts and reflects the values of the vast majority of Canadians,” said Dobbin, still without any hint of jest.

Clearly the issue isn’t solely with the message, largely supplemented by Murphy’s ability to offer an alternative Point of View to an issue without actually addressing it. Like attacking the green movement’s objective based soley on the juvenile nature of Ontario’s Flick Off campaign.

But Murphy’s triple barrelled onslaughts via The National’s Point of View segment, CBC Radio One’s Cross Country Checkup and his in-print columns blasted the tail end of 2009 with more than enough fodder to provoke the left.

Jabs at Trudeau (hippie), Obama (the left’s Sarah Palin) and Al Gore (Alberta-hating jet setter) all lead up to Rabble’s stand against Murphy.

“When Rex denies climate change, that has an impact. But a lot of people are despairing over the state of the CBC, the National in particular, and in this case Rex is sort of symbolic,” he says.

Not Rex Murphy is already gaining momentum and producing some funny colour commentary: “I’ll be honest, I thought Rex Murphy was dead.” But the posts thus far don’t exactly address the potential here.

Murphy is an immensely accomplished journalist with a long and impressive career of award winning items and currently holds a significant level of influence over the status quo. But he’s not invincible.

With the New Year came Murphy’s move to the National Post following rumours Globe and Mail Editor in Chief John Stackhouse was growing less tolerant of Murphy’s growing hostility toward the issues he addressed in columns and on the National. Whether there’s truth to that or not, The Post wasn’t exactly a lateral move.

But Dobbin doubts he could ever see any identifiable change at the CBC.

And according to the CBC he’s spot on, who confirmed there’s no conceivable level of attention “Not Rex Murphy” could get that would convince them to alter their broadcast schedule.

“The nature of the online medium is that it’s a place where robust opinions are exchanged,” said a CBC spokesperson.

“Rex has opinions and we invite him to express them and if Rabble has an opinion on Rex’s opinions than we feel like they should be expressed too.”

To throw your forehead in the ring for Not Rex Murphy, check out Rabble.ca’s official guidelines here. [rssbreak]