Cells score tactically, but pack your netbook to combat jamming 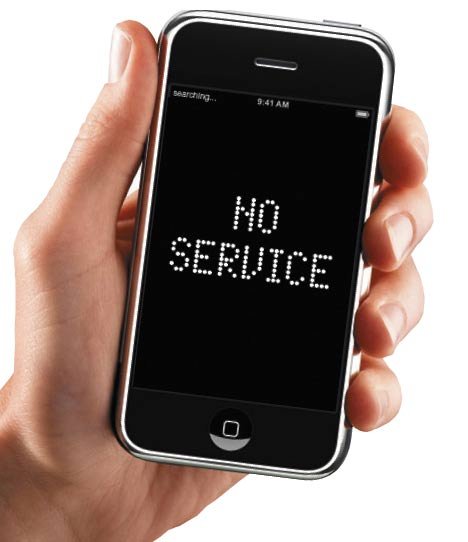 While this use is not exactly endorsed by Steve Jobs, your mobile phone might be your most powerful tool in the demonstration action outside the fence next week. Maybe.

Seems protesters’ ability to disperse and re-mobilize with the click of a text message has not gone unnoticed by police. Last week, wireless signal providers announced they had been warned by the Integrated Security Unit (ISU) that their signals might be jammed during the G20 June 26 and 27.

It’s illegal to block cellphone signals in Canada, according to the Radiocommunications Act. The loophole is the exception “without lawful excuse.” Allowance was granted in the past for the G8 summit in Alberta in 2002 and the Winter Olympics in Vancouver.

It’s unclear whether cellphones will be jammed on purpose or that would be a side effect of the security bubble created around passing motorcades. When I call the ISU for clarification, they’re tight-lipped. “That’s something we’re not prepared to discuss,” says Wendy Drummond, a Toronto police constable and ISU media spokesperson.

“We have access to a wide range of security options,” she says.

So if you’re expecting to use your phone as a mobilizing tool, here’s the deal: bring a laptop as backup. Wireless routers use frequencies that are either 2.4 or 5 GHz, significantly higher than the 850/1900 MHz used by cellphones. If you can jump on a wireless router with your laptop, you might be able to keep those communications flowing.

Aside from organizing people on the fly, mobile communication can be a powerful tool for sending messages to summit delegates. Last year at the G20 protests in London, a demonstrator calling himself Megamouth used an iPhone app to filter messages from many people through his Twitter account and then broadcast them through a megaphone toward the conference hall.

The balance between old-school street protest and new-school technology is crucial. There’s a growing cynicism in the NGO community about the first wave of online activism. Signing a petition on MoveOn.org, say, just isn’t enough to effect change, many sense.

At Net Change Week, June 7 to 11 at MaRS, activists pushed the idea of using the network effect in service of on-the-ground protests rather than for campaigns that exist purely on the web.

“We’ve reached a threshold of efficiency with online activism,” says Jon Warnow, co-founder of 350.org, which is working toward a CO2 goal of 350 parts per million in the atmosphere. “We need a way to turn shallow online activism into deep off-line activism.”

His group accomplishes this by encouraging more than 300 organizations in 90 countries to organize their own protests. There’s no central authority, with the result that hyper-local, “nimble organizations are able to facilitate group action,” he says. On the other hand, it sometimes means a lower order of responsibility. In Toronto during the Copenhagen summit, some protests listed didn’t actually happen.

Warnow calls this new model “open-source activism.” It uses the web and mobile technology as tools but relies on human capital on the ground to make things happen.

Jeremy Heimans shares this perspective. The co-founder of online activist portal Avaaz, with over 5 million members, Heimans told the crowd at Net Change to get up from their computers. “There are real limits to online activism,” he says. “That’s why we need to look to mobile technologies to mobilize people as a complement to online campaigns.

“We used to think mobilizing people within 24 hours was pretty good,” he says. “Now we can instantly self-organize wherever people are, we can access them at the height of their emotional inflection point.”

MobileActive founder Katrin Verclas points out that there are 5 billion phones in the world and only 1.8 billion people online through computers. She offered Net Change some examples of innovative cellphone use, as in Argentina in 2007, where Greenpeace organized a protest outside the National Congress and handed out cellphone numbers of the legislators inside who were debating a forest protection bill.

In California, an electronic billboard on the back of a truck displayed text messages from protesters communicating with delegates inside who were debating health care.

New York artist Paul Notzold came up with TXTual Healing, a system that projects text messages on walls from a bike-mounted projector. A Twitter feed or stream of messages could easily be projected onto a wall inside a fenced-off perimeter.

Meanwhile, you can load up on tools like Squarepeg, an app that allows users to collect content from 70-plus protest groups through website Social Actions. This allows demonstrators to adapt in real time to events on the ground and feed information to others through Facebook and Twitter.

As June 26 nears and the RCMP start cranking up their cellphone frequency jammers, the above stories remind us that technology itself is a blank slate. It will be used both by people eager to have their voices heard in a creative way and by those frightened of change.