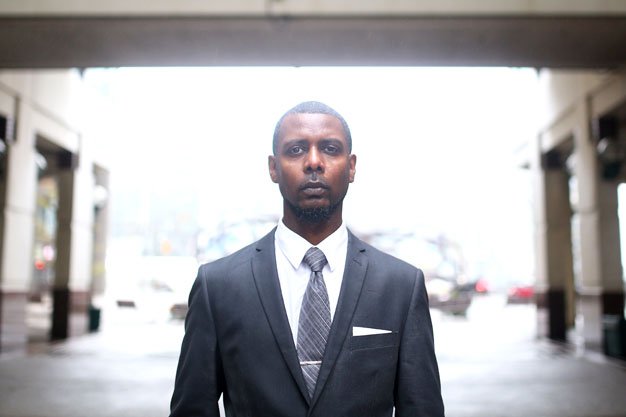 Knia Singh, a law student and president of the Osgoode Society Against Institutional Injustice, says the new carding rules would have only prohibited one of the 11 times he's been stopped.

The lawyer for the family of Regis Korchinski-Paquet is calling for an independent investigator to take over the investigation of her death after details were apparently leaked by police to the Toronto Sun.

Failing that, Knia Singh says the Special Investigations Unit (SIU), the provincial unit carrying out the investigation into the 29-year-old woman’s fall from a 24th-floor balcony on May 27, should turn over statements provided by officers named in the case to the family.

“I need to see the statements of those officers and I need to be able to ask them questions,” Singh says.

The revelations published in the Sun, which Singh describes as “highly irresponsible” and “an attempt to shape the narrative” in the case, could only have come from police or person(s) acting on their behalf and have irreparably tarnished the SIU’s investigation, says Singh.

“The only people in that apartment unit [when she died] were Regis and the police officers,” he says.

The turn of events has added fuel to an already racially charged case that has involved allegations that police actions led directly to Korchinski-Paquet’s death. And last week saw chief of police Mark Saunders and Toronto police union head Mike McCormack make public statements on the circumstances surrounding the incident despite laws prohibiting any public statements by police on matters being probed by the SIU.

But Singh now questions what faith the family can have in that process “when police are now divulging information to change public opinion.”

The SIU was not immediately available to comment on this development this afternoon and declined earlier this week to respond to a question from NOW on whether it had any concerns about statements made by the chief alleging the presence of a knife at the scene.

But the unit released a statement later this afternoon to say that director Joseph Martino has now written the Toronto Police Services (the statement does not specify whether it was the chief) “to ask that it takes immediate steps to prevent further releases of information about what occurred inside the apartment.”

The statement notes that police services and their members are prohibited “from disclosing information about an incident under investigation by the SIU. It does so precisely in order to preserve the independence and the credibility of the SIU’s work. The public and affected persons will have less confidence in the results of an SIU investigation where pronouncements are made by police services or officers ahead of the completion of a full SIU investigation. These types of pronouncements can also contribute to delay in the investigative process, as seems to have occurred here with the cancellation of the family interviews.”

The statement goes on to say that “it’s imperative that the public have confidence in the SIU’s investigations. The SIU is working diligently to ensure the investigation is concluded, and its findings released, as expeditiously as possible. Until such time, the SIU again asks that all parties refrain from reaching conclusions about the events in question until the investigation is completed.”

The family has said there was no knife when police showed up at the scene. Singh says a security camera in the hallway of the apartment building will confirm that and the fact that “there was no conflict going on when police arrived.”

The family has also distanced itself from previous statements made by others that Korchinski-Paquet was “pushed” by police. Singh says “we didn’t want that narrative spreading because we wanted to hear first everything out of the investigation. We were trying to work with the SIU.”

“That’s seriously going to complicate the SIU’s investigation because the family wants answers, the public wants answers – we need transparency. But the way this process has historically been done has been in an isolated way – a bunch of people in a room making their own decisions as opposed to them hearing an evaluation of the evidence.”

He says the investigation should either be turned over to an outside investigator or that evidence collected by the SIU should be shared with the family so they can weigh the information alongside the SIU.

Singh says the first option would be “ideal” but the second would be preferable “to keep things moving along.”

“The SIU is supposed to be conducting an independent investigation, but the way this is unfolding is making me believe that it’s not.”