The skinny on whats eating us

We used to play a prank back in grade school, asking newcomers if they wanted to lose 10 pounds of. 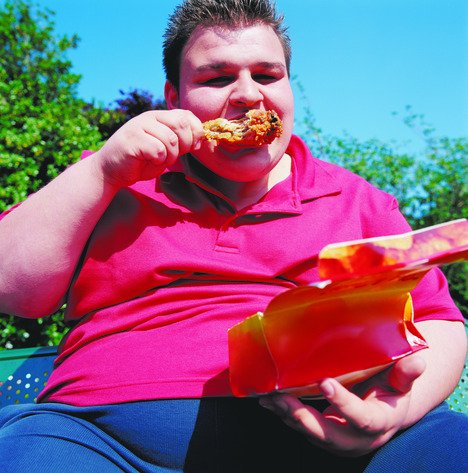 Canadian government policys to blame for the 20 pounds our average male has gained since 1981.

We used to play a prank back in grade school, asking newcomers if they wanted to lose 10 pounds of ugly fat. “Cut off your head,” we’d roar.[rssbreak]

The logical error underlying this feeble joke is that the point is so pointed that it’s completely missed.

On January 13, Statistics Canada released two reports from its Health Measures Survey demonstrating how much heavier and more out of shape we are now than we were in 1981.

But scarier than the health deficits outlined is the prospect that panic could lead to supposed fixes that make the problem worse.

Obesity is an easy problem to spot, but that doesn’t make it “the problem.” A more digestible way of understanding this is to see that carrying too much weight comes from eating too little food, not too much. More on that in a moment.

Focusing on the wrong solutions has happened before, as when mass obesity hit the big time during the 90s, in the midst of the craze to replace over-?consumption of saturated fats with over-consumption of empty carbs. The low-?fat fad saw manufacturers lacing their products with more salt and sweeteners.

For those reading nutrition and calorie labels instead of Stats Can’s report, here’s the skinny. A typical middle-?aged male weighed 171 pounds in 1981 but weighs 191 pounds now. Three out of four males in their 60s and four out of five females carry too much weight, especially around their tummy. A typical 12-?year-old girl weighed 94 pounds in 1981 and 105 pounds now. Children are “taller, heavier, fatter and weaker,” and this may well result in “increased health care costs,” the study concludes.

Being overweight is the least of the problems that come with obesity. Since foods that over-?deliver on calories also under-?deliver on nutrients (people are more likely to get fat from guzzling pop and gorging on chips than wolfing down green peppers and broccoli), dietarily induced disorders multiply in bodies that are both overfed and undernourished.

So what’s behind this change? I’m guessing it’s a combo of many things, among them the decline in the quality of fast food, intensified inequality and the consequent quest of the poor for cheap food, and unrestricted access to kids by advertisers.

In my book The No-?Nonsense Guide To World Food, I refer to the period from 1990 to 2010 as “Wal-?Modernist.” I’m describing the development of “food deserts” where local fresh veg and fruit retailers are scarce, and centralized though distant supermarkets dominate. The discounting craze encourages families to load up on inexpensive packaged food made with low-?cost, high-calorie fillers. Add to this the disintegration of the family meal: lone wolves tend to wolf down meals before the brain registers fullness.

So the campaign against obesity can’t be based on promoting self-?control, but on changing drivers in the food system that make eating well so difficult. Diagnosed this way, body fat becomes a system problem.

Whole foods, especially vegetables and fruits, fill the belly with calorie-?free water and fibre while offering a wide range of nutrients and micro-?nutrients absent in conventional grain and animal products. Eating more of such foods is a big part of the alternative to both human and enviro obesity, an atmosphere stuffed to busting with excess carbon, and rivers barfing from livestock manure and pesticides.

The original sin of bad diets – too many nutrient-?light edibles and too many high-?energy inputs to grow, ship, grease-?fry and package them – could not last long without government subsidies. It’s public money that converts these high-?tech and ecologically pricy edibles into ones that come out cheap at the checkout.

Nutrition expert Adam Drewnowski at U of Washington’s Center for Public Health Nutrition estimates that a calorie of a healthy food costs up to a hundred times more than a calorie of nutrient-?free filler.

Agricultural subsidies and lax enviro regulations account for this magical pricing transformation. It’s the public purse that pays for the results of pesticides, carbon emissions and soil and water degradation.

Governments send cash in the wrong direction. Canadian farmers get government-?backed crop insurance when they produce grains (the main ingredient in cheap meat), but none for veggies – just one illustration of how subsidies favour livestock. Only 2 per cent of Canadian farms actually grow fruits and veggies.

In the U.S., subsidies boost crops for fructose-?heavy corn syrup, a fast food filler and cheap animal feed. And hidden subsidies in the form of regulatory approvals, like that of GE corn and soy, also take the price sting out of livestock feed.

We need to cut the fat, but to cut well we need to consider that obesity is fundamentally a political, not an eating, disorder.