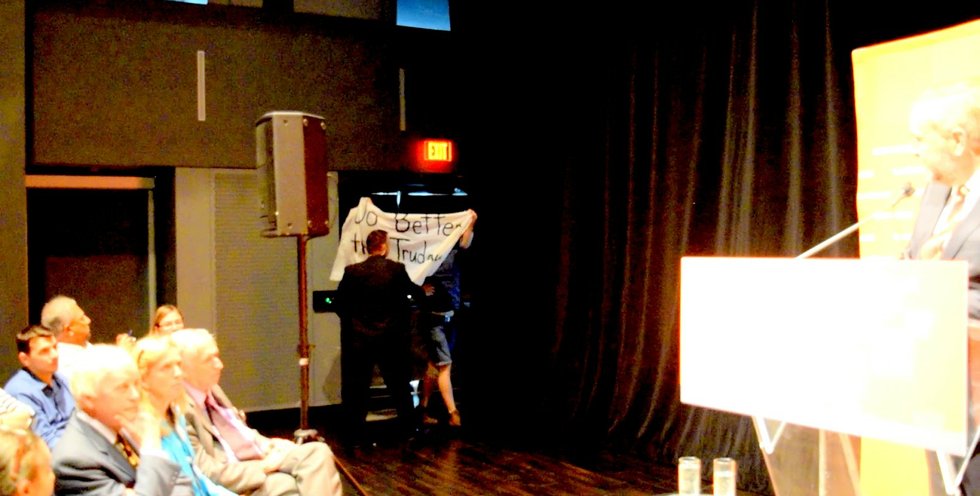 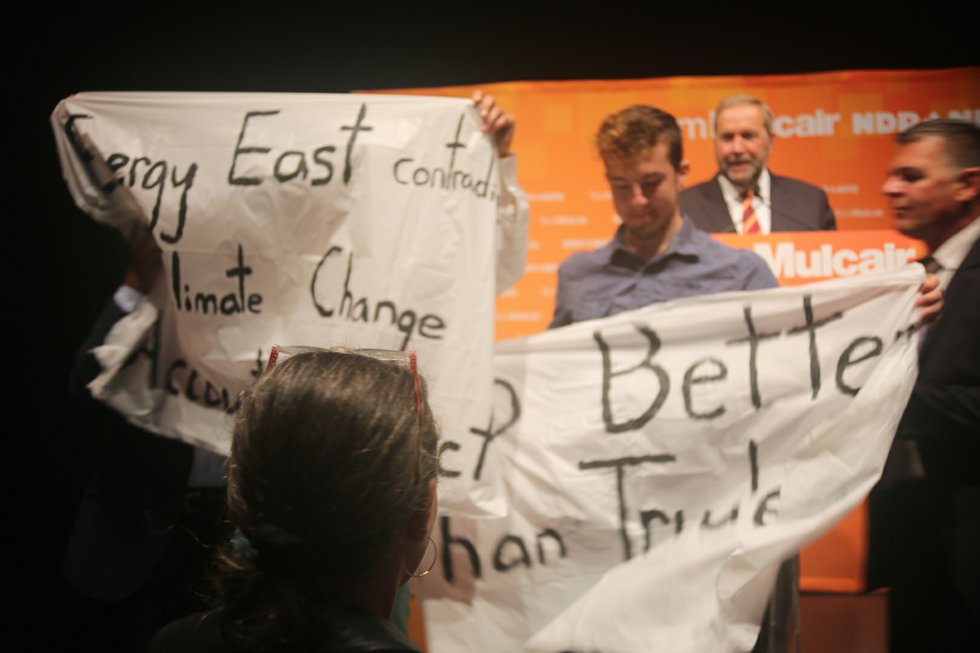 Two demonstrators sitting near the front row unfurled banners, one of them reading “Do Better Than Trudeau,” as Mulcair was reading from his book, Strength of Conviction. They were quickly ushered out by security, along with a third protester who didn’t get a chance to hold up her sign reading “Be Honest about Climate Science: Oppose Energy East.”

But one of the protesters did manage to get in a question: “Will [the NDP leader] oppose Energy East if it is found to be incompatible with national action on climate change?”

Mulcair said that “of course we will. That’s what the whole purpose of coming in with a new system is to make sure we take into account climate change whenever we analyze a new project.” The response drew applause from the faithful in attendance.

Someone from the audience then piped up: “Question answered.”

“We will bring in a very tough, thorough, credible system where everybody will know what the rules are and they’ll apply the same to everyone,” Mulcair concluded, referring to the NDP’s proposed Climate Change Accountability Act.

Toronto350.org activists later delivered a Pembina Institute study to the NDP leader as he was signing copies of his book. The Pembina study says the Energy East pipeline will cause a 30 per cent increase in production in the tar sands.

The exact route of the 4,600-kilometre TransCanada proposal to carry 1.1 million barrels of oil per day from the tar sands in Alberta and oil fields in Saskatchewan to refineries in Eastern Canada has yet to be determined. But it’s facing stiff opposition in Mulcair’s home province in Quebec, despite the support of Liberal premier Philippe Couillard.

Earlier in the week, high-profile NDP candidate Linda McQuaig touched off a tempest on the tar sands when she told CBC’s Power & Politics program that “a lot of the oil sands may have to stay in the ground” if Canada is to meet its climate change commitments.