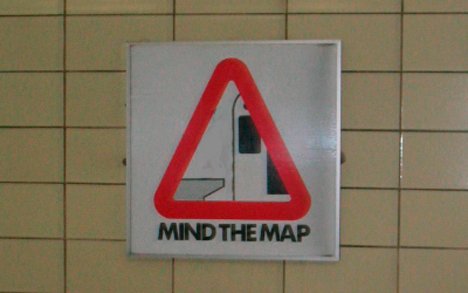 All these men are under unbelievable pressure to produce in their given field. But, arguably, none has as much hinging on his performance as TTC chair Adam Giambrone.[rssbreak]

Case in point: the city councillor and almost-announced candidate for mayor has taken on the unfathomable stress of producing the TTC trip planner, the online transit tool offering directions, routes and maps that has been several years and millions of dollars in the works. Just for emphasis, that’s several years, millions of dollars.

To borrow a phrase, this interactive planner is now too big to fail.

Last week, the planner came out from behind the curtain when it momentarily and accidentally went live. From Saturday night to about 1 pm Sunday, tripplanner.ttc.ca was open to the public.

Unlike the Queen streetcar, criticism was prompt. Bloggers immediately attacked without prejudice.

I sampled several routes, without any level of satisfaction. A mess of confirmation screens, a fussy search, inflexible route suggestions. My head is still shaking in disbelief, which makes it difficult to even type this.

It’s more exasperating because Giambrone so confidently backed his approach to the program. “By January 2010, Toronto will have the most wired transit system in the world,” he told me only a few months ago.

Either my calendar fell asleep on the job or that prediction has just not come true.

If he’s serious about running for mayor, Giambrone must pay attention to these sorts of promises, not to mention the TTC’s Web presence in general. The young politician’s Internet-savvy bona fides are on the line, after all.

So it’s past time to shake up the approach here. Instead of going it alone, release all the public data used to make the beta trip planner to the public on the city’s open data site.

By the time the in-house version of the trip planner is ready for wide release, Google will have a transit map ready (the planner already uses Google Maps, so no more excuses not to let the mapmaking giant do the full system). Other local developers who pay attention to this sort of thing may be able to whip up a map, too. Release them all together.

Giambrone and the TTC need to unclench their fists. If this taste of the trip planner was any indication, holding the project close to their chests has simply not worked.