When Kevin Smith got too fat to fit into an airplane seat, he was understandably upset.[rssbreak]But instead of grabbing a. 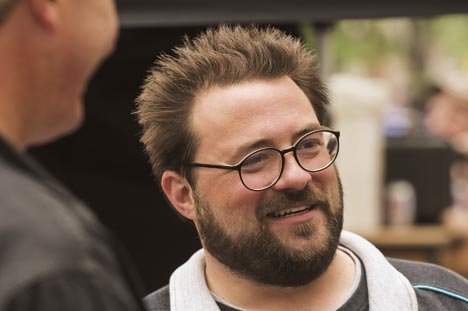 When Kevin Smith got too fat to fit into an airplane seat, he was understandably upset.

But instead of grabbing a salad for his next meal, the obese filmmaker grabbed the attention of the airline’s customer service department from his Twitter account.

Tweeting his complaints to Southwest Airlines gave him a tub of publicity and supposedly demonstrated the power of social media in real-world events.

It actually demonstrated everything that’s wrong with Twitter and that ultimately could be its downfall.

The famous 140-character portal for updates is perverting the democratic ideals that have made the Internet what we’ve all come to know and love. It’s ripe with inequality, kind of like France before the French Revolution.

Smith’s incessant whining and self-promotion contribute to the noise on the crowded social networking service, but, because of his pre-Twitter celebrity, he can rise above it whenever he wants.

The problem is this: the opportunity to be heard on Twitter is a door that’s been slammed shut.

In order to be someone who’s anyone on Twitter, you have to already have done something in the real world. Smith directed three movies in the 90s and now is rewarded by having an online audience. That sort of prerequisite is the antithesis of the Internet, where a star is born based on her ability to write funny things and post important GIF files.

Now it seems like few can become a star on Twitter who weren’t stars already. Depressing, isn’t it?

To add to this yawning disparity, consider the serious data glut on Twitter. All the updates flying about mean it’s too hard to sort through it all.

Twitter needs to redesign itself to win the social media war – pay less attention to the Kevin Smiths and more to the John Q. Twitters.

The most obvious solution is to add Like buttons. Flag up a Tweet that’s funny or interesting, flag down Kevin Smith and others. Collect all the results in a Most Popular Tweets link. This cuts the traffic and powers up the underheard messages.

But given the time it’s taken Twitter to add functions to the site, it doesn’t look like that’s coming very soon.

Twitter remains the fastest-growing social network in the world. But if it can’t hear users getting drowned out, it may become the fastest-sinking.