Wet’suwet’en: breaking down fact from fiction on the blockades 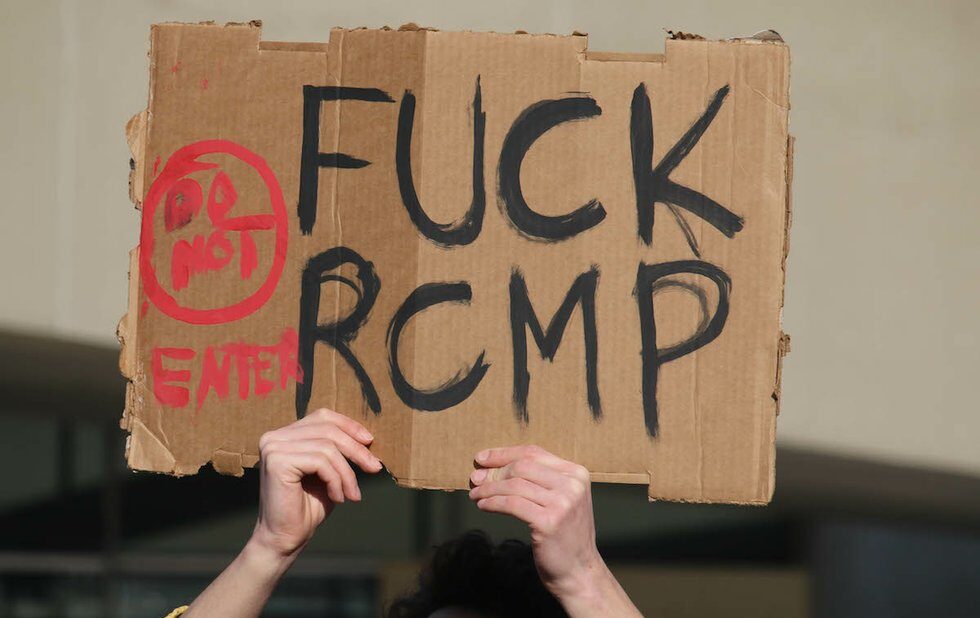 Who are the Wet’suwet’en?

It’s an important question because most Canadians don’t know, and it’s the key to understanding why we’ve arrived where we are today. The Wet’suwet’en have lived in northern British Columbia for millennia. Their system of governance is matrilineal. It’s headed by hereditary chiefs. Although many Canadians would like to think so – at least, judging by recent public opinion polls – the Wet’suwet’en governance structures didn’t just cease to exist after Confederation and passage of the Indian Act establishing the elected band council system in Canada. In fact, the Wet’suwet’en won a historic case in 1997 – the first of its kind in the Supreme Court of Canada – recognizing Aboriginal title to their territory. It’s an important case because it established the authority of hereditary chiefs over their ancestral lands. Band councils, on the other hand, have no jurisdiction over lands outside their reserve boundaries. Back in 1997, it was clear-cut logging in Wet’suwet’en territory that sparked controversy. Today it’s a 10-year legal battle over Coastal GasLink’s plans to build a 670-kilometre pipeline to carry fracked natural gas, about 200 kilometres of which goes through Wet’suwet’en territory.

What are they fighting for?

Survival. That’s true for those on both sides of the pipeline issue. Band councils along the proposed route who are in favour of the project say their economic future depends on it. It’s a familiar refrain indeed, it’s a dilemma faced by many First Nations in Canada. With few economic options available to them (see colonialism), they’re often forced to surrender to whatever development comes their way to stay alive. The Wet’suwet’en share those economic concerns. Their fisheries have been decimated by development. The hereditary chiefs proposed a number of alternate routes for the pipeline to mitigate environmental fallout, but all were rejected by Coastal GasLink. Also, CGL’s is only in the territory, a fact that has been mostly missed in the saturation coverage.

Are the blockades actually illegal?

That’s debatable when you consider the RCMP’s efforts to enforce a court injunction on Wet’suwet’en territory that the Supreme Court declared is sovereign. As other observers have pointed out, Canada is breaking its own laws to enforce Coastal GasLink’s injunction. It turns out the company didn’t have the necessary permits for part of the project, according to a decision handed down on Friday by the BC Environmental Assessment Office.

But most Canadians (60 per cent according to Ipsos) seem to believe that the protest actions are illegal. You can’t blame them given the preponderance of media coverage. The Globe editorialized early on about the “radicalism” holding the country hostage. The National Post suggested that food shortages were imminent. Even the CBC weighed in with a headline asking whether the army should be called in.

It’s an absurd question, which the related article goes on to point out. But the idea was floating around in the growing hysteria, especially after VIA Rail announced the disruption of rail service for several days between Montreal and Toronto. And the impression left was that Wet’suwet’en supporters had shut down Canada. Yes, shipping containers were being held up in ports in Vancouver and Halifax. But the flow of commerce was only slowed, not stopped.

The truth is, outside of isolated incidents in Edmonton and Winnipeg, protests have been peaceful. And in Tyendinaga Mohawk Territory near Belleville, where much media attention has been focused, actions in support of Wet’suwet’en have taken place next to rail lines, not across them. It’s a point Tyendinaga leaders stressed Monday when they were served with an injunction obtained by CN Rail and removed by the OPP. Less than four per cent of CN’s traffic passes through the route, but it became a flashpoint nevertheless, not the least of which had partly to do with the fact that the Tyendinaga have been locked in their own 175-year battle for sovereignty with the feds, a point Amnesty International pointed out in an open letter this week.

In the end, the OPP operation provided cover for the RCMP, who reportedly conducted simultaneous arrests at the Unist’ot’en camp, one of three where blockades are set up in Wet’suwet’en territory.

It’s fluid, to say the least. After exercising caution – and urging calm – the PM struck a more ominous tone in a press conference on Friday, hitting the ball squarely back in the court of Indigenous leaders. A major demand by the Wet’suwet’en – that the RCMP disassemble a temporary station near Wet’suwet’en checkpoint – had been met and it was time for the blockades to come down, intoned Trudeau. What changed between Tuesday and Friday? Ottawa pundits are still trying to figure that out.

It looks like a case of Quebec jobs again, à la SNC-Lavalin. Montreal-based VIA Rail’s announcement of 1,000 temporary layoffs following the disruption of rail service between Montreal to Toronto had Quebec premier François Legault issuing an ultimatum and calling on provincial premiers and territorial leaders to pull the trigger on coordinated police actions nationwide to arrest protestors. Legault had reportedly contacted the Sûreté de Quebec to work out logistics. You can see how this was quickly coming off the rails for Trudeau, especially given the Quebec police force’s testy reputation on Indigenous issues.

The business community, meanwhile, has been treading carefully on the blockades. The Business Council of Canada, Canadian Chamber of Commerce, Canadian Federation of Independent Business and Canadian Manufacturers & Exporters all called reconciliation an “economic and social imperative,” while urging “serious, structured and ongoing” conversation with Canadian businesses. Fact is that train traffic has been quietly diverted for some time now. The Trudeau cabinet’s Incident Response Group has been seeing to that.

Still, it’s a tricky time for Trudeau, whose minority government situation all of a sudden looks more tenuous.

How will this affect reconciliation?

Historians will be the ones to answer that question. What we do know is that the current conflict has unleashed a perfect storm or countervailing forces over which Trudeau seems to have little control. And the Conservatives are not missing the opportunity to engage in a little opportunism, squeezing the standoff for all its worth to score political points – and in the process undermining reconciliation. CPC leadership hopeful Peter MacKay vaguely approved the actions of vigilantes who showed up at one action in Edmonton. (He walked that one back later but it’s noteworthy how some of Canada’s most notorious hate groups have gravitated to the situation.) Jason Kenney blamed the blockades for sticking a fork in Teck Frontier’s mega-energy plans in Alberta. But as other energy sector observers have pointed out, that decision had more to do with the economic viability of the oil sands than anything else. Not to be outdone current CPC leader Andrew Scheer blamed the “political unrest” on “radical activists” for the “illegal blockades.” It’s more complicated than that, of course. But on Monday, things got a little hotter for Trudeau when the Alberta Court of Appeal ruled 4-1 that the feds’ carbon tax, a measure that many out west believe will kill the oil and gas industry, is unconstitutional. The decision is out of step with Ontario and Saskatchewan, but it’s already doing its part to fuel the forces of western separatism, which these days is finding fodder with every pipeline project that isn’t built. All of which is to say that the events of the last three weeks are looking more and more like a dress rehearsal for new actions across the country. That’s one thing on which those on opposing sides can agree.