A Parkdale bar takes on a city councilor 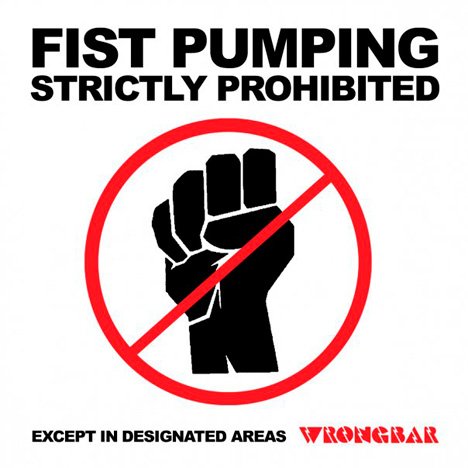 Oh Gord, what have you done?

Usually we’re onside with councillor Gordon Perks, but when it comes to his vendetta against Wrongbar, we couldn’t disagree more.

For those that haven’t been following the saga, Perks has aligned himself with a small group of residents opposed to Wrongbar expanding its legal capacity to 350 patrons.

However, many of those who live nearby (myself included), feel that Wrongbar makes the neighbourhood significantly safer at night, attracts much needed business to Parkdale, and is easily the best music venue in the area.

Until this week, I was content to just put my name on a letter of support, but when I heard through the grapevine that Perks has inexplicably decided to block Wrongbar’s extended last-call permit for Pride, I felt I had to get involved, and volunteered to testify in support of the bar at their June 16 hearing.

We’re going to try to give Perks the benefit of the doubt here. While it’s suspicious that the most gay-friendly bar in Parkdale is being targeted, we’re not going to assume this is what’s behind the troubles. No, it seems far more likely that Perks just automatically went against the application without considering (or being aware) of how important events like Big Primpin’ and Vazaleen (two of the Pride events affected) are to the queer Queen West community, or the role of Wrongbar in supporting that community.

However, given that he also tried to interfere with Wrongbar’s application for a late night NXNE license, and judging from his comments to the press about the venue, it does seem that he’s determined to interfere in the growth of the establishment.

To put this in some context, Vazaleen is a legendary queer rock night, and is widely regarded as one of the key factors in the development of the vibrant gay community in West Toronto. Its founder, Will Munro passed away recently, and the event (featuring a live performance by the excellent Lesbians On Ecstasy) is going to be a benefit for the Will Munro Fund for Queers Living With Cancer. Big Primpin’ is an extremely popular long-running night that was really the first to host high-profile gay events in Parkdale. While Pride wanted them to do their annual mega-party at the Phoenix, they chose Wrongbar because of its connection to their scene, and because of its location.

“Wrongbar has an extended license right now for NXNE, which raises the question of why that’s fine and Pride isn’t,” Big Primpin’ Jeremy Laing says after finding out about the license being blocked. “It would be one thing if there were no extended licenses in the neighbourhood, but if it’s not being applied consistently, it raises questions about the motivations. The Parkdale BIA recognises that these parties are good for the neighbourhood, and Pride is obviously on board, both of whom are writing letters to Gord Perks’ office. It seems to clearly be coming from a political perspective, and not a very good one. There’s a huge gay constituency who live in Parkdale and throw events here, and to pick and choose who gets to have an extended license doesn’t seem equitable.”

Marcus McLean of the Parkdale BIA has similar thoughts on the issue as well.

“It’s really unfortunate that the city councillor decided to take a negative stance on something that could be a very positive moment for our community in Parkdale,” McLean explains. “Nav Sangha [owner of Wrongbar] is not only an upstanding member of the business community, he’s someone who has extended himself to the BIA, and with that kind of a strong background, it’s very disappointing that this is the position that the city councillor has decided to take. Personally, it feels that Perks is trying to make some sort of example out of Wrongbar.”

“I think what really speaks about Nav’s value is that his next door neighbour has gone to the AGCO meetings and has been a very vocal supporter. To me, if the person who lives closest to the issue is a supporter, than it would be appropriate for the city councillor to also support it. Dare I say it, but it is election season, and he may be trying to pander to votes that may or may not be there at the end of the day.”

“Because Mr Sangha still has outstanding charges for violating his license conditions and was cautioned before, I don’t think it’s good public policy to extend hours for someone who’s been found to not be operating in within his license,” Perks explains on a break between meetings.

The problem is that the only evidence Wrongbar is in fact not operating in compliance with its license is a single minor ticket for being short four stools one night. On the night the ticket was issued, Sangha took the licensing official into the back room to show him that his employee was in the middle of assembling another 12 stools to replace the four broken ones, but the ticket was issued nevertheless. This is the only ticket Wrongbar has ever received, after uncountable visits by inspectors at Perks’ behest, and the bar is currently contesting it, for obvious reasons.

“Yes, the ticket is for not having enough seats out, but when you’re issuing a ticket, you do that for whatever the specific measurable is. The easiest way to lay a charge is to count chairs.”

“He’s had it explained to him over and over again what the difference between a restaurant and a nightclub is. If you go into Cadillac Lounge, it’s a very different kind of place. You don’t go there to dance – it’s principally a place where people go to eat. Have you ever seen a big crowded dance floor with a mosh pit at Mitzi’s Sister like you’d see at Wrongbar?”

Well, actually the last time I went to Mitzi’s Sister to see a band, there was a packed dance floor with a mosh pit, and my photographer was punched in the chest by an overly exuberant patron. And Cadillac Lounge often has a bands that inspire dancing as well. Still, Perks insists that Wrongbar is breaking the rules by not operating primarily as a restaurant.

“He’s nothing close to a restaurant. He’s also still refusing to take conditions on his license that every owner who’s come forward for an expansion or new application during my term have agreed to.”

The conditions that Perks is trying to impose on Wrongbar are mainly things he’s already obligated to comply with, but they also include clauses that he not have a line up outside, and not charge cover. I point out to Perks that a line up is impossible to avoid if security are expected to check ID and search patrons, and that cover charges are essential not only for paying for live entertainment, but also for providing an easy way for bouncers to deny entry to intoxicated or aggressive patrons. Never mind that all of Perks’ favoured bars in the area regularly charge cover for their events.

In Perks’ opinion, Wrongbar is a club, and therefore is in violation of its license as a restaurant. The problem with this position is that the vast majority of bars in Toronto are also licensed as restaurants, because there is no category for bars. Everything from your local Chinese food joint to Lee’s Palace are under the same category, which is why if you look in the freezer of any bar, you’ll find the same handful of frozen dinners that they require by law. Since that doesn’t appear to be good enough for Perks, Sangha decided to invest thousands of dollars into a full kitchen, and now has a full menu of Caribbean food. Still, the councillor isn’t satisfied.

“It’s too late, because we’re already tied up in an adversarial process, which is the hearing.

For his part, Sangha seems bewildered and disappointed by the situation.

“I really want people to understand that I think Gord Perks is an amazing councillor, but I think he’s missing the point on this issue. He obviously has to work with his constituents, but small business owners like me are also a part of the future of Parkdale, and we need to work together.”

“We’ve always been in compliance of municipal bylaws, and we’ve always operated in the letter of the law. The changes that are happening now at Wrongbar [ie. the new kitchen and earlier opening hours] aren’t about complying with bylaws – they’re about trying to comply with Gord Perks’ vision for the neighbourhood. I’ve tried to show him that we’re doing this, but he’s ignored us. I’ve taken to heart what he’s been saying, and I want to fit into the neighbourhood, and that’s above and beyond what’s required by the law. I’m actually really excited about the new menu though – in many ways this is an opportunity for the business to grow in new ways.”

If you live in Parkdale, and feel that Wrongbar is an important part of the neighbourhood, let Gord Perks know that he doesn’t speak for all of us.[rssbreak]