The Oscars are the entertainment industry’s brightest spotlight, and at the star-studded ceremony earlier this year, there was one project that deserved every moment beneath it. The Breadwinner, an international co-production based on a novel by Ontario writer Deborah Ellis, was one of five projects to have the honour of being nominated Best Animated Feature Film.

While Pixar’s Coco took home the golden statue, the Ontario residents behind The Breadwinner were celebrating a monumental effort that drew on the support from numerous creative minds and local funding agencies – not to mention international partnerships and some A-list celebrity glitz.

One of the film adaptation’s earliest supporters was the Ontario Media Development Corporation (OMDC) – a provincial government agency that promotes industry successes within areas such as book publishing, film, television, music and more.

“This whole project started because of a meeting at the OMDC’s From Page to Screen event,” says film producer Andrew Rosen. His company, Aircraft Pictures, attended the annual gathering where publishers connect with film and TV producers in an effort to develop creative connections.

Rosen met with Groundwood Publishing, who first published Ellis’ young adult novel in 2015. They mentioned to him that The Breadwinner’s film rights were available. Aircraft, a company with production expertise in kids entertainment, seized on the opportunity.

From Page to Screen is just one initiative the OMDC uses to spur growth and success in creative industries. Others, like the Film Fund, offer financing for project development and production. Viewers might not know it, but when you’re watching a miniseries like Alias Grace, feature films like Indian Horse and Unless or documentaries like Inside Hana’s Suitcase, you’re seeing productions that have been supported by a number of OMDC programs that all focus on supporting Ontario creative industries.

Even in the best circumstances, filmmaking is an arduous challenge. Development for film adaptations can take a long time because there are often many different stakeholders plus a built-in audience with expectations for what a given story should look like up on screen. And in The Breadwinner’s case, animating a feature film can also be a lengthy and intense process.

Rosen is familiar with the everyday challenges of creating entertainment, which is why the sustained financial and creative support Aircraft received for The Breadwinner was so welcome. Even the company’s decision to collaborate with Cartoon Saloon, the Irish animation studio behind films like Song of the Sea and The Secret of the Kells, came as a result of the OMDC’s support for Aircraft to attend international market conferences and events.

For Canadian film producers who rely on strong relationships to bring projects to the finish line, these small moments of good fortune have a way of snowballing together.

“There was one point where we realized we were onto something special,” he says. “Cartoon Saloon got their second Oscar nomination [in 2015 for Song of the Sea], and then we had Angelina Jolie come on board and then we had Malala Yousafzai tell the New York Times that The Breadwinner was the book that every little girl should read.”

All of these moments happened within a couple of months of each other and helped bolster the film’s prospects through the years leading up to its TIFF 2017 premiere.

In facilitating collaborations between industries, the OMDC also creates a much larger springboard for authors whose works might not have as long of a reach. And more cross-industry connections are being made all the time. 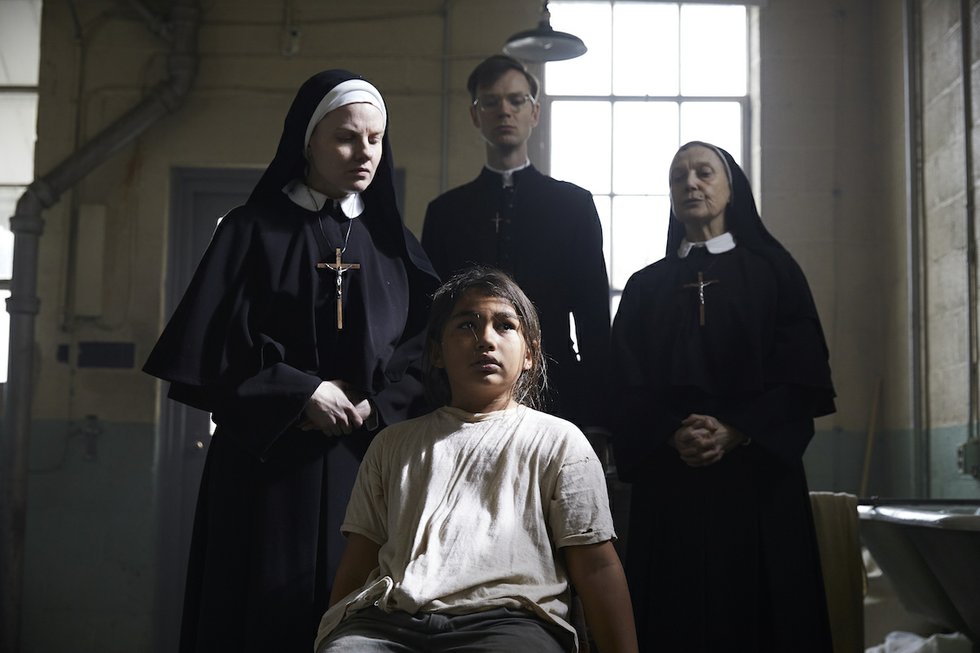 This spring, Toronto-based production company White Pine Pictures (Shake Hands with the Devil) optioned a brand-new novel that had not even just hit the market: Kim Moritsugu’s The Showrunner, published this month by Dundurn Press. From Page to Screen support meant that White Pine could secure the rights to a book before it even hits store shelves.

For Ontario-based entertainment professionals like Rosen, who has relied on OMDC support programs since launching his producing career, government agencies make it possible to share our own stories with each other.

“They’re essential to what Canadian producers do,” he says, “especially those who create and develop their own projects.”

Find out more about the OMDC in our Ontario’s Best Books digital residency.