The challenges of protecting Syrian heritage in crisis

Syria: A Living History is not all about archaeology. Artifacts and artworks in the Aga Khan Museum show range from a 5,000-year-old stone eye idol to medieval Damascene metalwork and contemporary artists’ takes on the current civil war.

But in light of the war’s toll on temples and artifacts, I’m interested in how Henry Kim, the AKM director and a classical archaeologist, and Clemens Reichel, a U of T archaeology prof and ROM curator who facilitated its many loans to the Syria exhibit, view preserving the past in the current crisis.

Reichel, who worked in Syria for 20 years, says heritage there has served to define a national identity in a diverse population of Sunnis, Shiites, Alawites, Christians, Druze, Circassians, Armenians, Yazidis and Kurds – a patchwork of coexisting groups that resulted from the artificial boundaries the victors in World War I drew to create the region’s modern states.

Syrians look back “to the glorious days of antiquity, when the Middle East was the centre of power, science, technical innovation and literature,” says Reichel, “in the same way we use our national heritage, like Britain and Stonehenge, the U.S. and Williamsburg or Israel uses excavations to legitimize its existence. I think every country does that.”

Naturally, both Kim and Reichel feel strongly about what’s happening to antiquities in Syria. In some circles, worrying about antiquities is seen as trivial compared to Syria’s humanitarian crisis.

“Concern for cultural heritage does not in any way trump the concern for human life,” says Reichel. But he rejects setting up such a choice: “Every artifact we deal with is irreplaceable ultimately. There’s a story attached to it that tells the history of humankind one way or the other.”

He’s full of admiration for Syrian colleagues who risk their lives both in government- and rebel-held zones to safeguard sites and address discoveries revealed by the war – archaeological relics uncovered by road cuts, for example.

“If it’s part of your identity, part of your lifetime mission to protect archaeological or cultural heritage, you stand up for it,” he says. 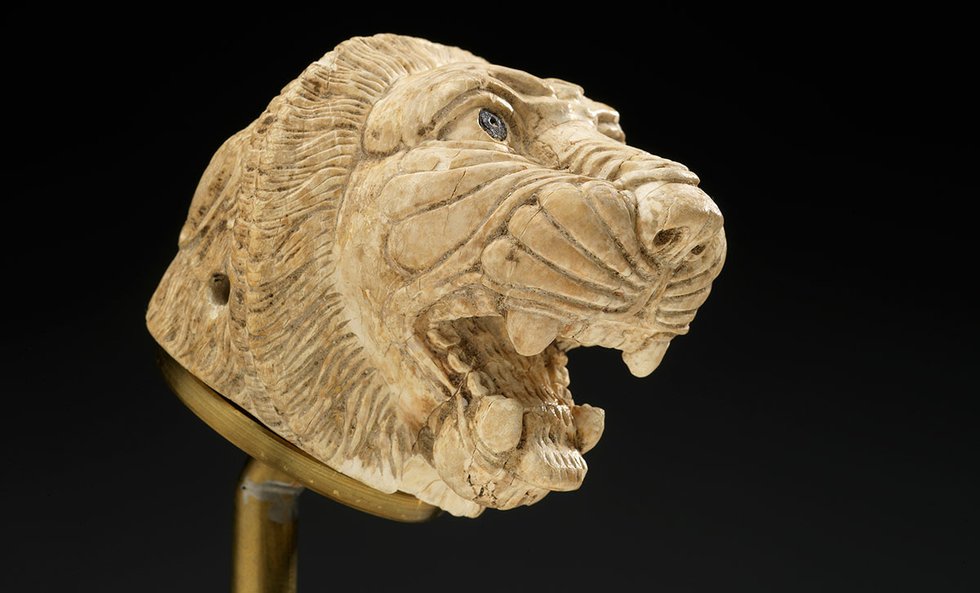 Kim cautions that ISIS is not alone in its erasure campaign, citing the Buddhas at Bamiyan, Afghanistan, blown up by the Taliban in 2001.

“If you look historically over time, a lot of movements and cultures have destroyed the past because they viewed it as a challenge to what they are.”

He gives the example of Protestants smashing Catholic artworks they considered heretical during the Reformation. “Iconoclasm is actually far more common than we imagine,” he says.

Kim also notes the media’s dilemma in reporting on events like ISIS’s razing of temples in Palmyra.

“The media realized that by covering this, they would probably encourage more destruction, and overall they didn’t cover much [of the monument destruction] that happened afterwards.”

Reichel labels ISIS’s actions “cultural genocide, because they’re taking an identity away. They’re not only killing people, they’re killing identity by wiping out any trace of other religions, other traditions or the past.”

The show reminds us of what we often forget amid the narrative of conflict, that a war zone is also a home to people with memories, history and culture.

And the long view of the rise and fall of empires might offer some solace after the U.S. election. A section of the exhibit called Vagaries Of Time includes a blackened stone relief from the first millennium BCE unearthed in a colonial-era German excavation that survived a World War II bombing in Berlin.

“One of these days the war will end,” Kim concludes, “and I think that culture and the past will be a vital part of reconstructing the country sometime in the future.”