Win your own Giller library 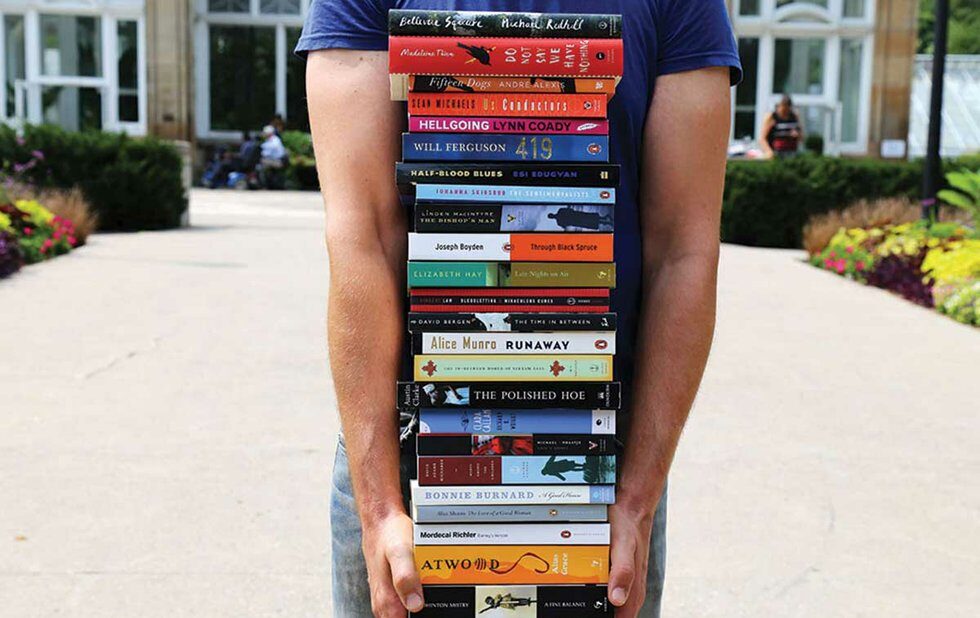 Not to be outdone by the Booker’s big 50th anniversary event, the Scotiabank Giller Prize is launching a contest of its own. But instead of being part of an online poll, like the Booker’s, you can win every book that’s won Canada’s major literary prize by sending in a photo of your favourite Giller winner.

Last month, the Booker Prize selected five novels, one from every decade the prize has been awarded, and asked readers to choose their favourite. Canada’s Michael Ondaatje walked away with what became known as the Golden Man Booker Prize for his 1982 winner The English Patient.

To mark the 25th anniversary of the prize, the Giller team is getting people to talk about their prize by doing something different. They want you to post a photo of your favourite Giller winner on Facebook, Twitter or Instagram, including the reasons why you love the book. Tag the Giller Prize in your posts and use the hashtag #GillerPrize25. If you’re not using social media, fill out a form instead (available here).

The winner will be chosen randomly. The contest runs from August 20 to September 21 at 11:59 pm. View all the the Giller winners here.

Note that you must be a Canadian resident to enter.

Good to know that, unlike the Booker contest, a Canadian writer is guaranteed to win.