After confronting brutal oppression in his CBC film The Skin We’re In, the director gets quieter in Hot Docs’ Unarmed Verses, a vibrant look at three talented Black youths uprooted by a forced “revitalization” ­project in North York 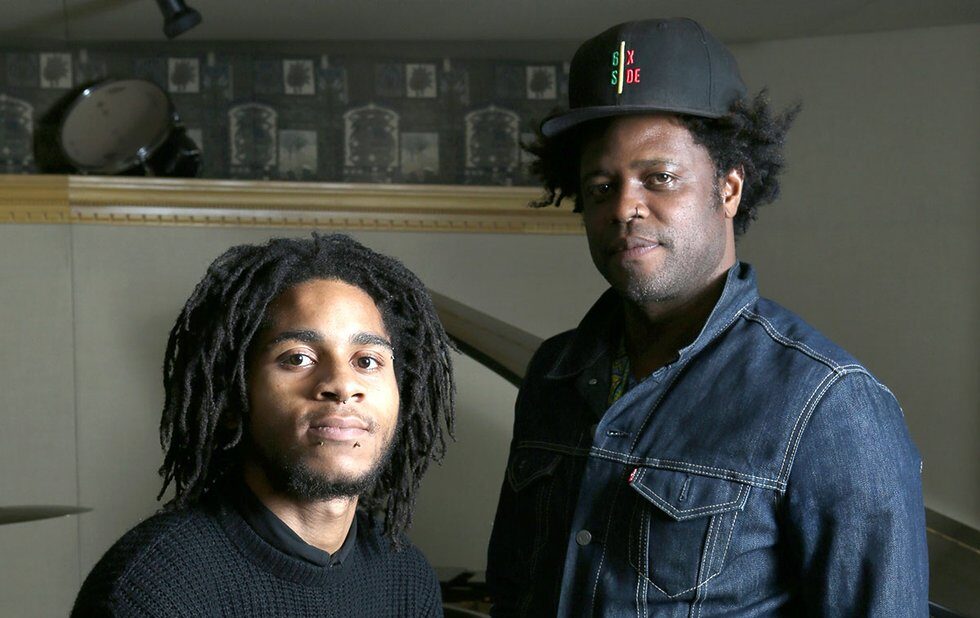 On Tridel’s website, a new condo development north of the 401 boasts “life in nature.” Suites priced from $300,000 to $1.5 million allow residents to live in the Bayview Village community while surrounded by ravines and parkland.

Tridel calls the development Scala, while the city and Toronto Community Housing have dubbed that soon to be revitalized area Leslie Nymark.

The former social housing residents, recently uprooted to make room for these condos, call their old home Villaways. But like those tenants, the name Villaways can’t stay.

That community as it was two years ago is the heart of Charles Officer’s new documentary, Unarmed Verses. The vibrant and intimate Hot Docs film follows neighbourhood kids living day to day, expressing themselves through poetry, rap and spoken word – all while a wrecking ball hovers.

There’s Q’Mal Labad-Workman, a young MC working on rhymes that he can spit to a trap beat. La-Vane Kelly, affectionately referred to as LJ, a spoken word poet whose insights sting on a staccato flow, warmly coaches Francine Valentine, the shy 12-year-old at the centre of Unarmed Verses. The film is shot through her intelligent and innocent perspective. She’s a hand to hold onto in a community that feels warm and tight-knit, that defies the stereotypes of “at-risk” neighbourhoods.

The project was born at the National Film Board as a response to Trayvon Martin’s death and George Zimmerman’s acquittal.

“We wanted to explore what was breaking the hearts of young Black kids in our city,” says Officer. “When these things happen around the world, how do they take it in? How does it affect them? Do they feel like they actually have a voice?”

Like many of us, Officer hadn’t heard about Villaways, a small TCH community where rows of townhouses in disrepair abut one of Toronto’s wealthiest neighbourhoods. Brigid Tierney, coordinator at TIFF’s Special Delivery outreach program, brought Officer to a screening at Villaways of Jonathan Kalafer’s doc Once In A Lullaby: The PS22 Chorus Story. He observed the kids at the townhouse designated as the community arts studio, which they affectionately refer to as the Rec.

“They were so engaged with the film,” Officer recalls. “There wasn’t a single adult. I saw a nine-year-old taking care of a four-year-old. I walked into a little people’s world.”

That’s when Officer knew the Rec would be the home for his doc. He teamed up with Carleen Robinson, a programmer with not-for-profit Art Starts who ran a program at the Rec called Up And Rooted. It was meant to support children facing the prospect of leaving their friends and being relocated to a new home.

“It was a safe place where we could express any thoughts or opinions,” says Valentine, who in the film clings to Robinson for emotional support. Robinson had already been at Villaways for two years, building trust with kids who were used to people making a quick exit.

“Through the arts we were helping them prepare to leave,” says Robinson, who previously worked with the kids on a 6-foot diorama imagining the future of Villaways that was displayed at City Hall Rotunda for a week.

Officer and Robinson developed the program we see in the film, bringing in musician Krystle Chance to teach kids about songwriting and vocal production before they got a chance to lay down some tracks at Apollo Studios. Officer’s film isn’t just about passive observation it’s an active participant in boosting confidence and giving marginalized kids a voice.

In Kelly’s case, the doc may also have discovered a raw and hungry talent. The spoken word poet’s words were recently featured in a production at Soulpepper. In the doc, he recites the first spoken word poem he ever wrote, a passionate search for purpose that comes from an alienated space. His words cut with an awareness and refusal of the roles that some would impose on him.

“I can set the tone of my situation,” says Kelly. “People have their immediate impression of me. I can’t stop that because I’m Black. I have to open my mouth and say something to destroy whatever idea they already have of me.”

Robinson purposefully brought Kelly into the program to be a leader and role model. He was there to show troublemakers the dedication and work it takes to develop the art, but Officer has avoided including static from young troublemakers in the film.

“It doesn’t demonize any person there,” Kelly says of Unarmed Verses. “Even people I had friction with, they look so good in the movie. The camera flashes by them, and they’re smiling. And it’s like: ‘Okay, great. You’re doing good.'” 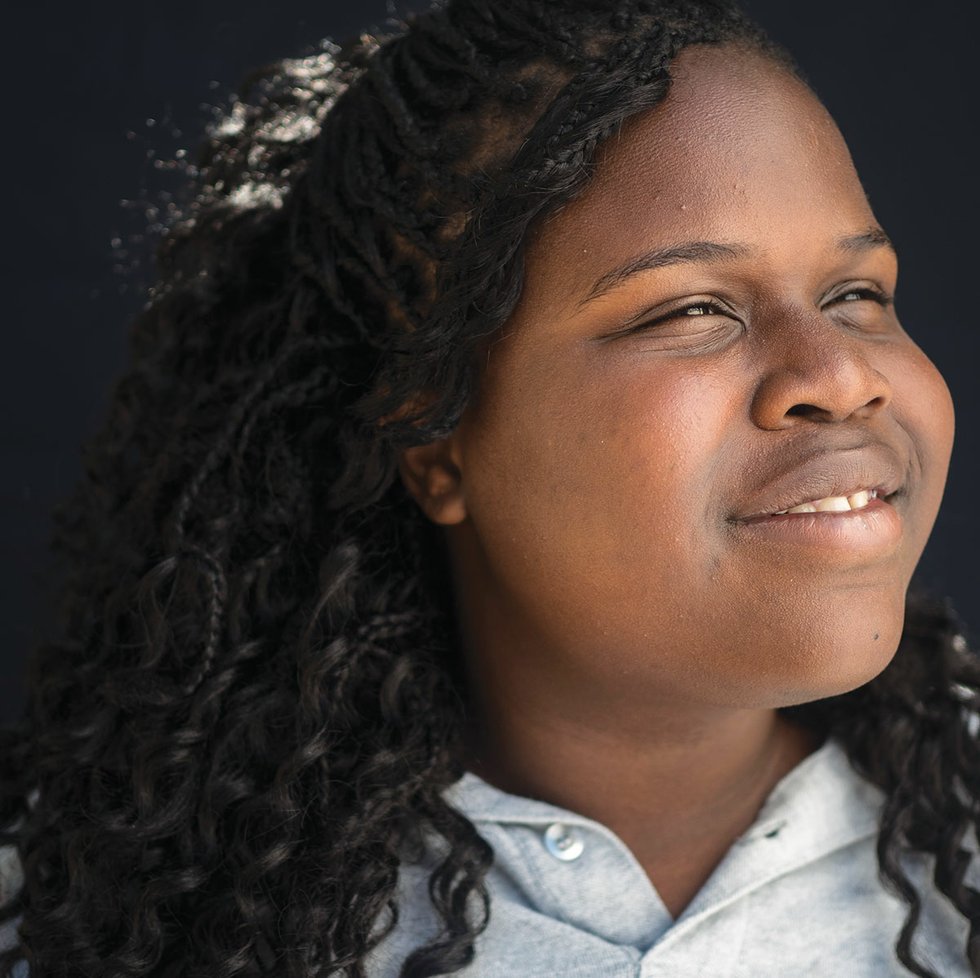 Kelly also observes that the film, as a portrait of Villaways, avoids dealing with other traumas the community faces, like crime from within and police’s ruthless handling of it. He claims there were raids annually, if not semi-annually. His own home was raided twice. In the second incident, he says, police burst in searching for his brother and violently attacked Kelly, punching and kicking him for about a minute. He never reported the incident.

“I seriously regret not trying to do something about what happened to me,” he says. “But I only woke up from the daze they left me in when it was too late. They crushed my spirit.”

Officer had his reasons for omitting any of that.

“That’s on the news,” the director says. “That’s all that is reported.”

Google Villaways and you’ll see news stories about raids, arrests and Alex Wettlaufer, a young man recently shot dead by police. The reported incidents don’t speak to what happens the other 99 per cent of the time.

Officer’s film is an antidote to that one-note representation.

“It’s also Francine’s world,” says Officer. He was originally going to follow a young boy. “He fell out of the film because he got into a bit of trouble. I wasn’t going to be following kids who are in and out of trouble because it jeopardized the film that I was making. We see that other stuff all the time. I’m not making Boyz N The Hood here.”

Officer concedes that his approach may sound like he’s riding a thin line between fact and fiction. His stylistic models are the Dardennes’ Rosetta, Shirley Clarke’s The Cool World and Charles Burnett’s Killer Of Sheep – films that carry the neorealist torch. Officer refers to Francine, her father and grandmother as his “Killer Of Sheep family.”

Unlike most documentarians, Officer doesn’t include interviews, statistics and information you can access elsewhere. Unarmed Verses is experiential, adhering to Werner Herzog’s sentiment that “documentary” merely means “feature film in disguise.”

In a Canadian industry that rarely gives filmmakers of colour the opportunity to make feature films, Officer has found a freedom in documentary, a way to shape a Black story without acceding to stereotypes.

Much of the troubling information he left out is dealt with in The Skin We’re In. Officer’s CBC doc tracks writer Desmond Cole as he investigates Black oppression in Canada, from our own slave dealings to #BlackLivesMatter.

The Skin We’re In is like the analytical sister project to Unarmed Verses. The latter assumes we already know the headlines and dares us to see the humanity that will be disrupted by casual relocation.

The anxieties surrounding that relocation run deep. It’s not just kids losing friends and working parents losing their proximity to the subway, but also stress over the unknown. According to Robinson and music instructor Chance, there’s a fear that young men who have troubles in Villaways may face hostility in a new neighbourhood where other young men may see them as intruders.

“Certain people cannot come into new neighbourhoods just like that,” says Chance. “It can cause problems. Young men like to puff up their chest and show they’re tough. You do that in the wrong place and you can get hurt.”

Kelly is not among those troublemakers. He was relocated to Flemingdon Park last September. Since then there have been at least five shootings in his new neighbourhood. That’s more than Villaways experienced in the entire time he lived there.

The cattle-like relocation process has soured both Kelly and Officer on city revitalization efforts. Officer purchased a condo in Regent Park during its revitalization, situating himself to observe how that community would change, how its former identity would essentially be rubbed out.

While the Tridel development in Villaways will replace the destroyed community housing units with new ones within its complex, former residents must abide by a long list of conditions to claim a space in their former home. Among those conditions, family composition must remain the same three or four years later – no child moved on or moved in, no member deceased, everyone remaining frozen over time.

TCH is slated to close 425 unlivable housing units in 2017 while holding off on its $2.6-billion repairs backlog, all while 177,000 languish on its wait list. So perhaps making conditions that weed out returning residents makes fiscal sense, never mind the emotional damage.

Some hold out hope that they can return to Villaways, whether by sticking to the conditions or considering an incentivized mortgage program at TCH that few completely grasp. Others, like Valentine, have come to terms with the idea that Villaways is no more.

“This revitalization was something that was going to happen,” says the now 14-year-old Valentine, who takes comfort in what Unarmed Verses captures in the end.

“We wanted to spend that small little bit of time as a community together. No matter what happens in our lives, we’ll always come back to this one place.”