Using a point and shoot digital camera, she captured candid moments of people shopping for winter coats, empty stairwells with old Mirvish show posters framed on the walls and cluttered shelves that gradually became sparser as the closing date neared.

These black and white photos appear in her new book, You Lucky People, and are currently on display at Weird Things gallery (988 Bathurst) until October 12.

Klimczak started taking the photographs back in the spring of 2016, when she visited Honest Ed’s for what she originally thought was her final farewell. She remembered going there when she first moved to Toronto 20 years prior at a friend’s insistence. “They said, ‘This is the personality of the city,’” says Klimczak.

But on that trip, she was surprised how the store didn’t give off the feeling that its days were numbered. “There was still that awe and curiosity in the way people interacted with the place,” she says.

It was then she decided to photograph the seemingly mundane life of the store while it was still open. “I thought, this place is dying. I want to document what that looks and feels like for me.”

For the next eight months, Klimczak dropped in at Honest Ed’s two to three times a week and towards the end, started going as much as “humanly possible.”

We spoke with the photographer about the stories behind seven photographs.

Klimczak sees this photo as like an introduction to the weird and wondrous world of Honest Ed’s. “With the fluorescent lights, which are usually kind of hellish for me in any other situation, it’s as if you’re [being] lead down this path and entering this other world,” she says. 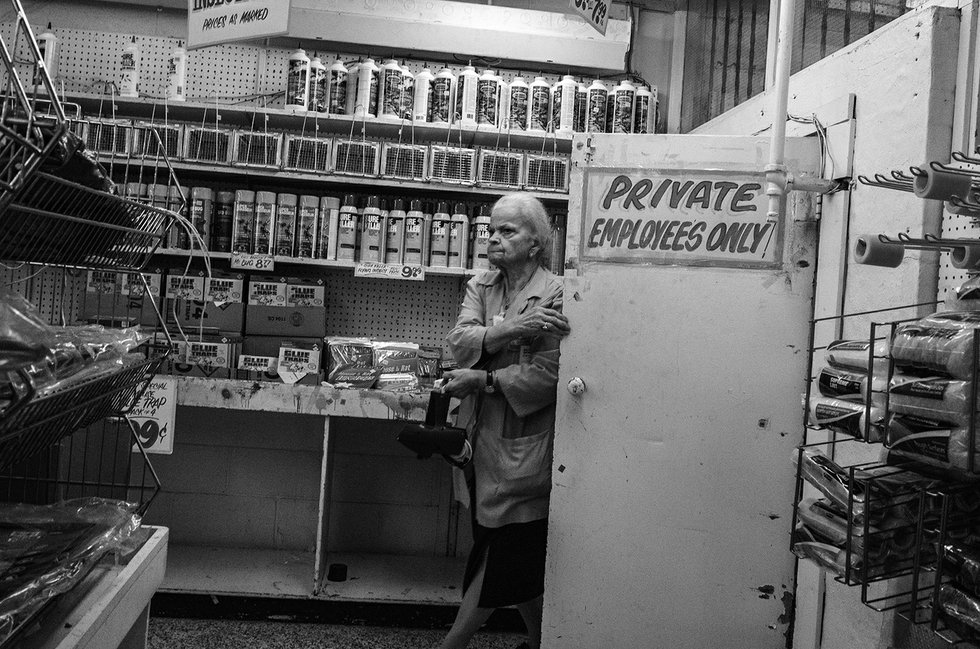 This photo was taken in the hardware department, which was located in the basement. “I was so taken by this section of the store,” says Klimczak. “It felt like this door, which is shorter than your typical door, was built specifically for this employee. It’s like this person and this place have been working in tandem for who knows how long to the point where they’ve compensated for one another.” 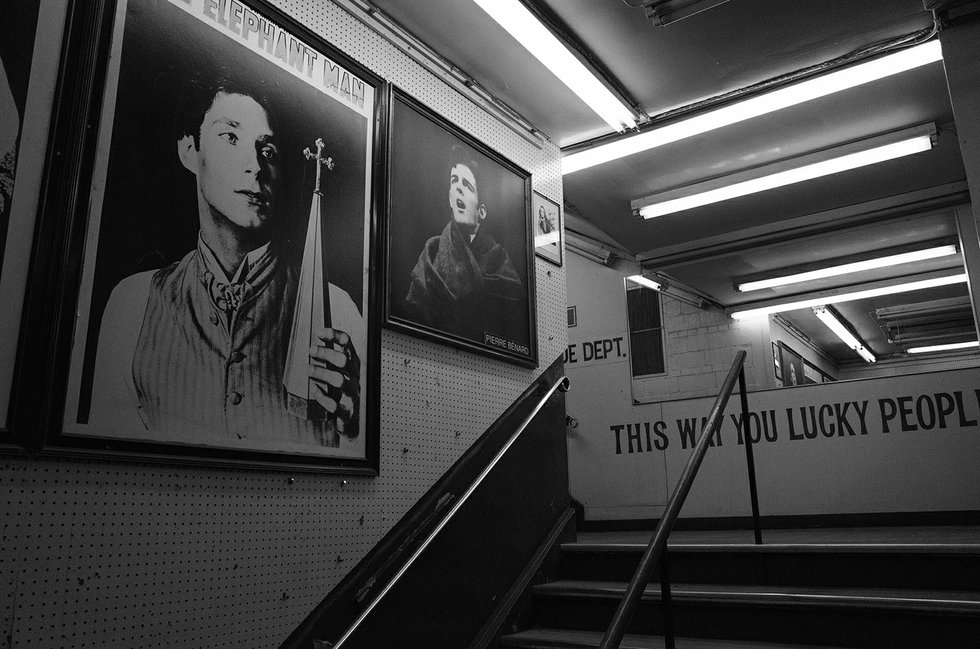 Throughout the store, posters from past Mirvish productions were hung in the stairwells. “I wanted to get all the different corners and levels of staircases,” says Klimczak. Looking at this photo afterward, it’s like there’s this acceptance of moving closer to death. This guy with a religious artifact is leading the way saying, ‘This way, you lucky people.’” 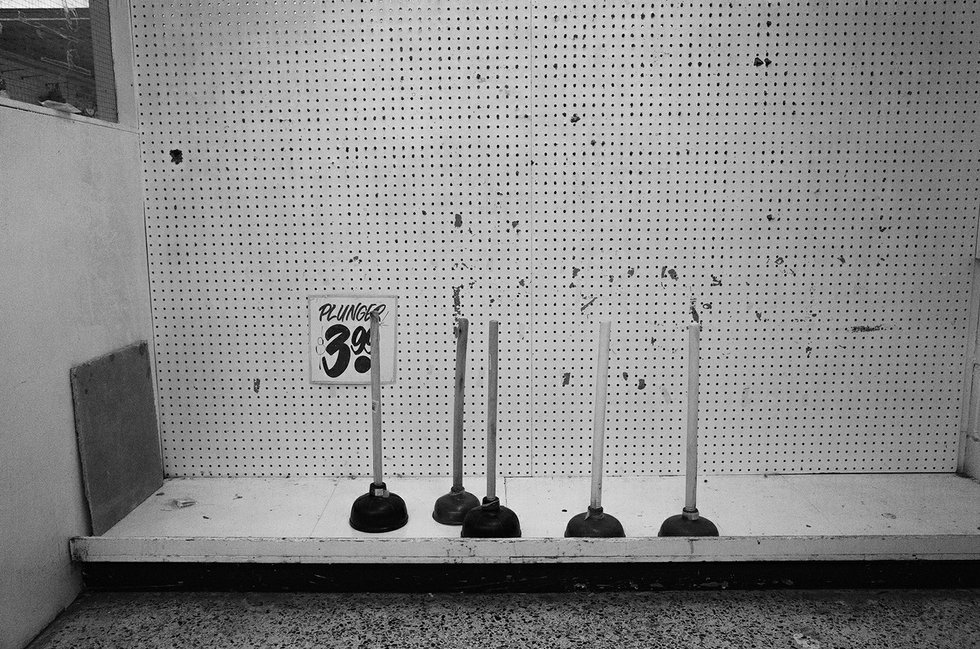 Klimczak clearly remembers the moment she took this photo. “I walked into the hardware department and thought, ‘Really? These are the last things you have in here?’” says Klimczak. “Even though it wasn’t meant to be funny, that kind of sense of humour was very much a part of Honest Ed’s. For me, it [symbolized] the reality of the situation. We can try to pretend it’s still the place it once was, but when you go downstairs, they’re selling off five mismatched plungers – and that’s it.” 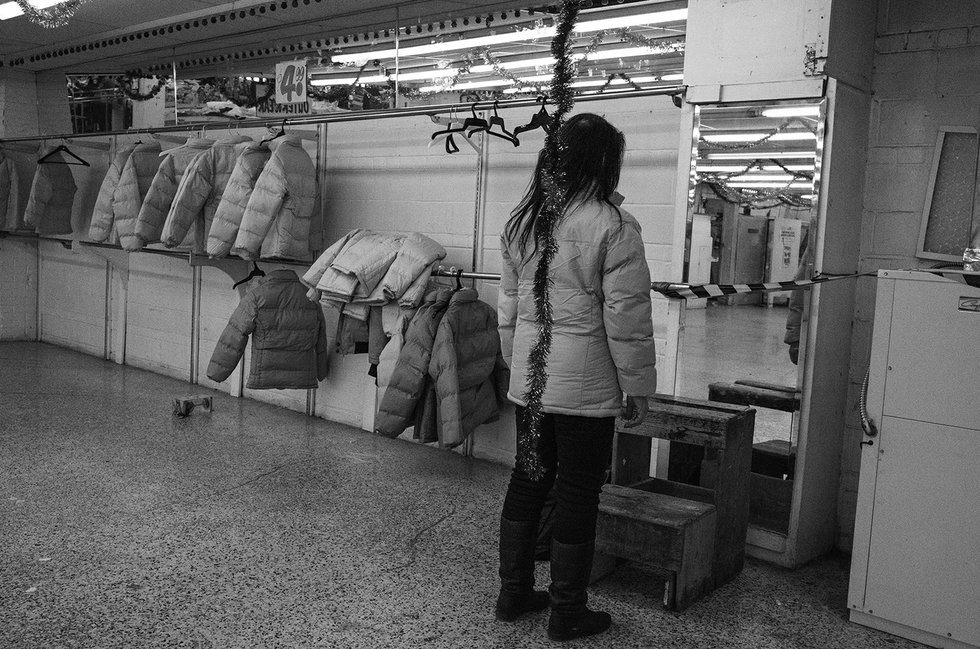 This photo is from the final week and captures some of the last things for sale. “You can see from the reflection in the mirror that the room’s empty,” says Klimczak. “A piece of garland is hanging down, as if even the Christmas decorations have given up.” 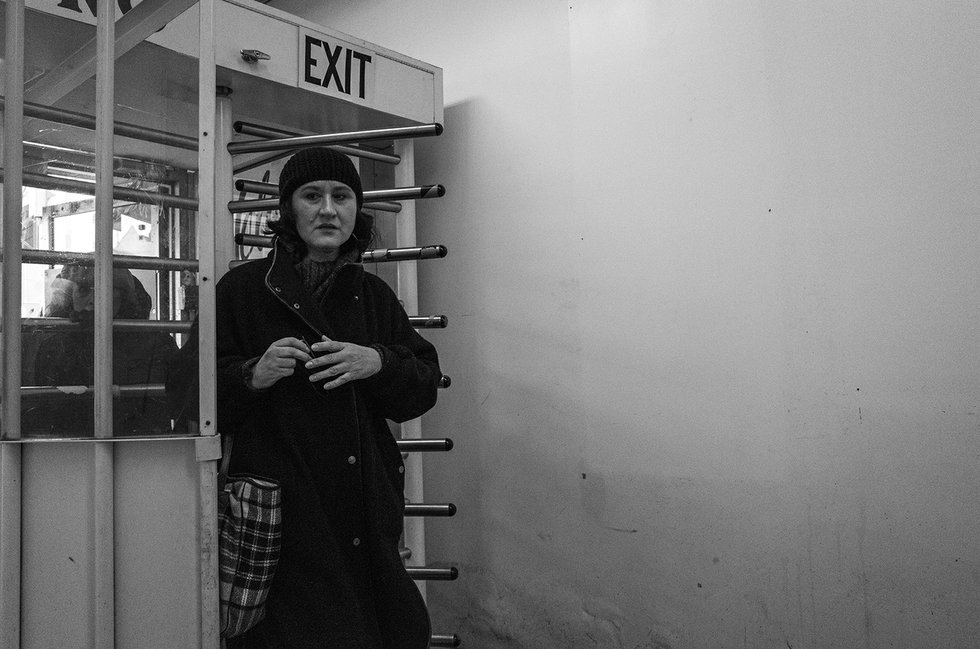 Klimczak took this photo on December 31, 2016, the official closing date. She stood by the entrance turnstile to watch people’s reactions when they saw the space, which by then was nearly empty. “A lot of people still thought it’d be like the old Honest Ed’s up until the last day,” says Klimczak. “But it was just an empty room you walked into and then upstairs they were selling signs. That was it.”

On that last day, Klimczak says it clear that people didn’t want to leave. “These older women took out some of the antique chairs and put them in the middle of the main room and just hung out there all day. A guy came out and played a flute solo randomly.” 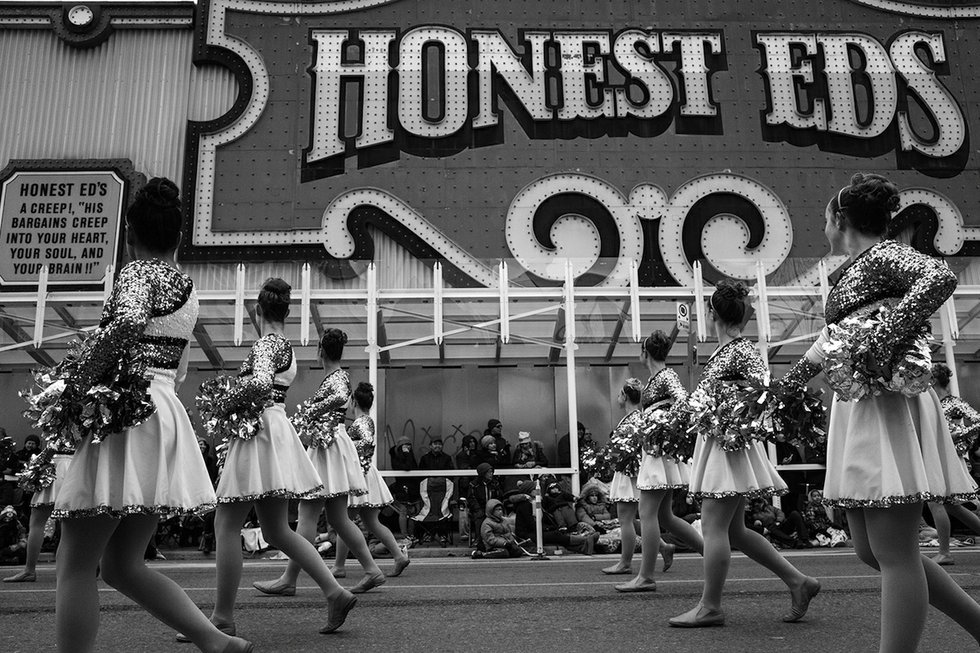 Like so many other slightly shabby but beloved city landmarks, including the Silver Dollar Room and Coffin Factory, Honest Ed’s was sold off to developers. It’s slated to become a massive new mixed-use complex with rental towers, stores and parkettes. Klimczak took this photo a year after it closed during the Santa Claus Parade. “The building was pretty much demolished in the back at that point, but there was scaffolding holding the façade up,” she says. “This was a planned photo. I liked the idea that a parade is like mirage, and so was the façade.”