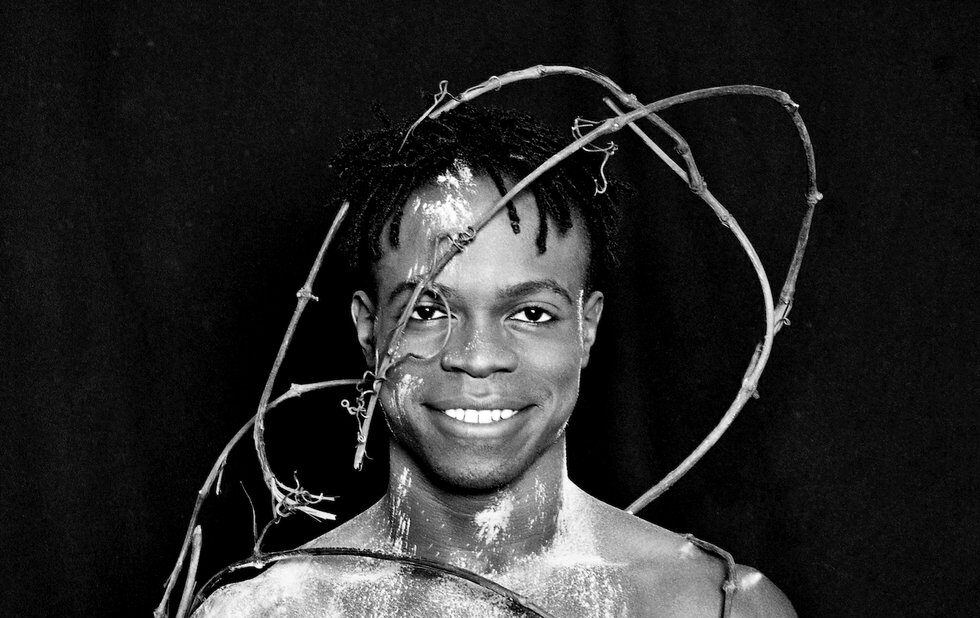 Long before Northside Hip Hop Archive founder Mark V. Campbell began collecting the artifacts and memorabilia that make up Canada’s hip-hop history, he was a Scarborough youth in the 90s, taking the subway downtown to buy rap magazines such as Word, Urbanology, Mic Check and Peace!, from now-iconic vinyl shop Play De Record.

Those underground publications were central to introducing audiences to Toronto’s burgeoning hip-hop scene, circulating the culture both within the city and beyond. The loss of those magazines, victims of a struggling print industry, meant the loss of many photographs that captured the fertile period of 90s to mid-2000s local hip-hop. That era saw the rise of artists like Kardinal Offishall, Dream Warriors, k-os, Michie Mee and Ghetto Concept.

Those images are getting a second life at the McMichael Canadian Art Collection’s …Everything Remains Raw: Photographing Toronto’s Hip Hop Culture From Analogue To Digital. Part of the Contact Photography Festival, the exhibition is an archival photo and video survey of the evolution of Toronto and Canadian hip-hop culture told through album covers, magazine shoots and behind-the-scenes documentary.

“It’s been an extremely difficult process bringing these images together but it’s been worth it,” says Campbell. “I’ve had to go to studios. I’ve had to beg photographers to go into storage. I’m convincing people that this is absolutely critical to telling a narrative of Canadian history.”

“We cannot continue to let these things disappear,” he adds, “and not be intentional in trying to capture the work that’s missing and the narrative that’s disappearing in the digital age.”

Chambers, Raj and Nichols told us the stories behind three of the exhibit’s shots.

It’s Chambers’s goal to capture his subjects in a way they’ve never seen themselves before. So when Haydain Neale visited his studio in 1994, two years before he found fame with R&B/soul group jacksoul, Chambers let him know that “I’m going to shock you a little bit but quite frankly you will not regret this.”

An initial series of shots in Neale’s street clothes took a bold turn when Chambers’s suggested Neale go topless. A game Neale countered, “Well, only topless?” Spontaneity was the order of the day’s shoot. Chambers fashioned the crown of dried grapevines from materials he had lying around and then surprised Neale by throwing various colours of make-up powder at him.

“With his level of comfort, he inspired me to go for the organic and go for the element of surprise,” he says. “I knew he would laugh easily.”

Chambers held on to the portrait for two decades, waiting for the right moment to exhibit it, which he did in a 2016 solo show, seven years after Neale’s death in 2009. “He was so rich in spirit and pure in heart, I felt that people needed to see that behind the genius was someone with a sense of humour.” 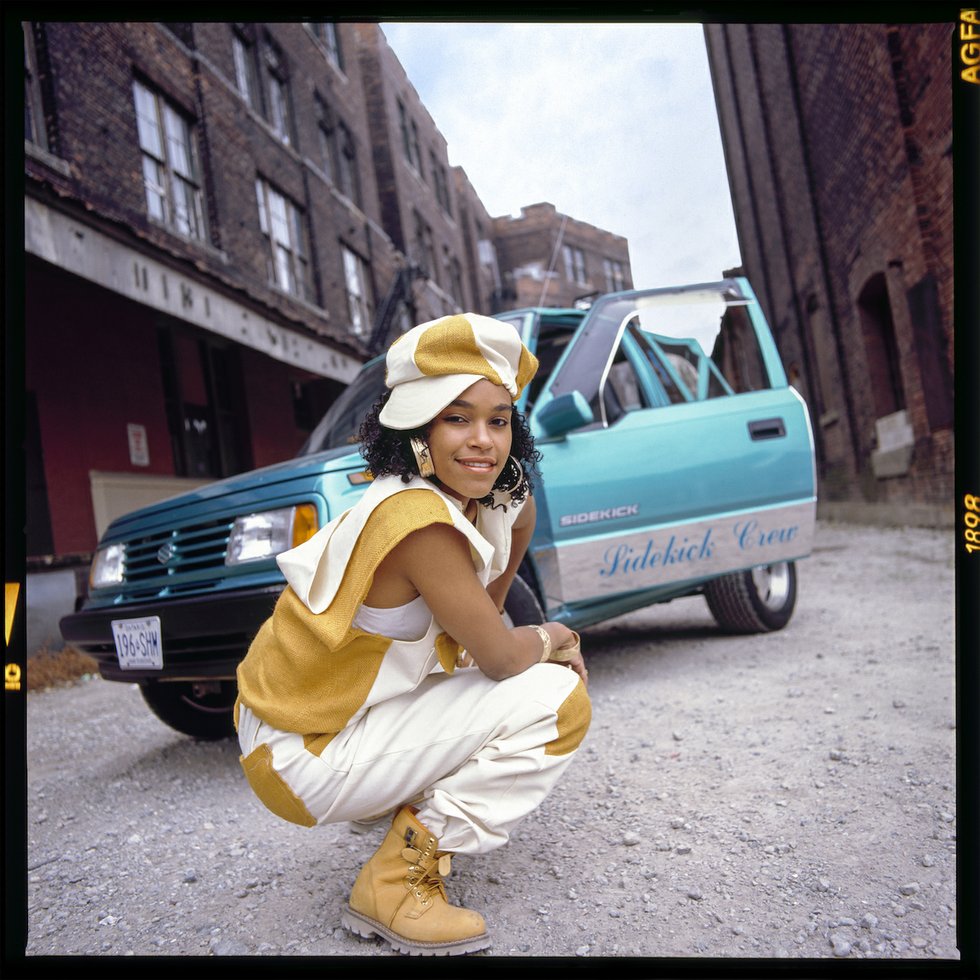 Nichols didn’t photograph Toronto’s early hip-hop scene for the money (there was very little to be made), but for the love. He started out as a DJ with Scarborough Sound Crew before trading his turntables for his first camera at 17. The Dream Warriors and Michie Mee were his muses, down for the ideas that Nichols would propose.

He’s drawn to this shot of Michie Mee in front of her Suzuki Sidekick for its simplicity: the complementary colours of blue and yellow her self-styled outfit and classic Timberland’s the crouch pose that any hip-hop head in the 80s and 90s has done in a photo at least once.

The shot was taken close to Nichols’s studio in Liberty Village. In the 90s, the area was a creative hub and something of a mecca for hip-hop photography. “All of hip-hop Toronto knew Liberty before Liberty became the monstrosity that it is now,” laughs Nichols. “Everyone knew it was the spot to come down and ‘shoot with Patrick.’” 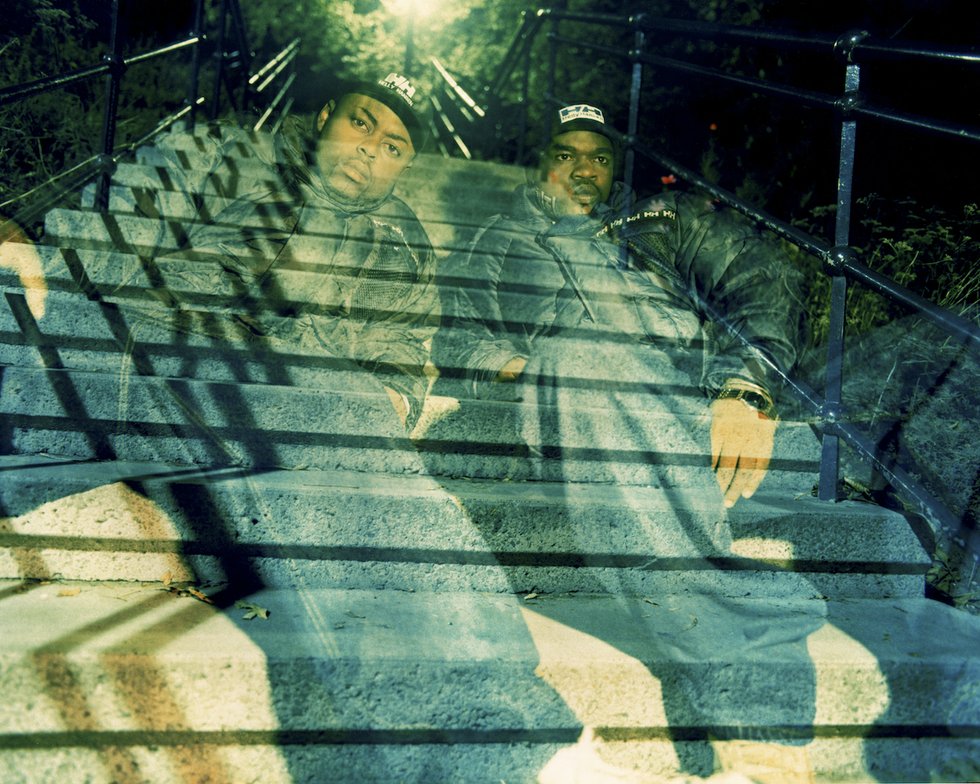 The Ghost Of Ghetto Concept by Sheinina Raj (1998)

Raj’s first foray into photographing Canadian hip-hop was an assignment for the now-defunct music magazine Access. It was a nine-page cover spread profiling “the entire hip-hop industry at the time.”

Newly graduated from Vancouver’s Emily Carr University of Art + Design, she had never done a professional photo shoot in her life. She won the art director over with an early twentysomething’s mix of confidence and naivety: “I had no concept that anyone would be better than me.”

It’s a statement that sounds like it could come from any one of the emcees she’d wind up shooting. That assuredness comes across in her promo photo for Juno Award winner’s Ghetto Concept. In it, Raj sought to “push the boundaries of what people were used to seeing” in hip-hop images. Taken on the steps of Casa Loma, the double-exposure shot captures the “superhero energy” that she felt from the duo’s music.