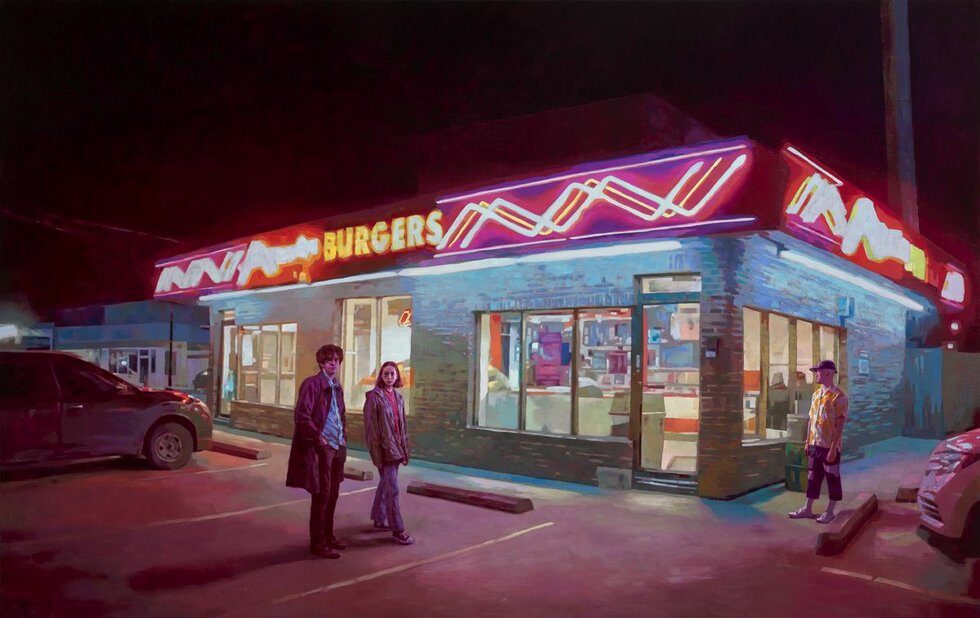 Two years ago, Keita Morimoto explored Toronto at magic hour. Now the Edward Hopper-influenced Toronto painter is going full nocturne with Garden Of Light, a new series of paintings that capture the interplay of light on west-end Toronto streetscapes at night. The show’s centrepiece  is billed as his most ambitious work to date: an eight-by-18-foot triptych depicting a view of downtown Toronto looking east from a high-rise.

Radiohead’s Ed O’Brien warms up for a large-scale tour with an intimate gig at The Great Hall.

Until We Are Free

The Royal, Paradise Theatre, Hot Docs and others host Oscar viewing parties. Check out a round-up of events here.