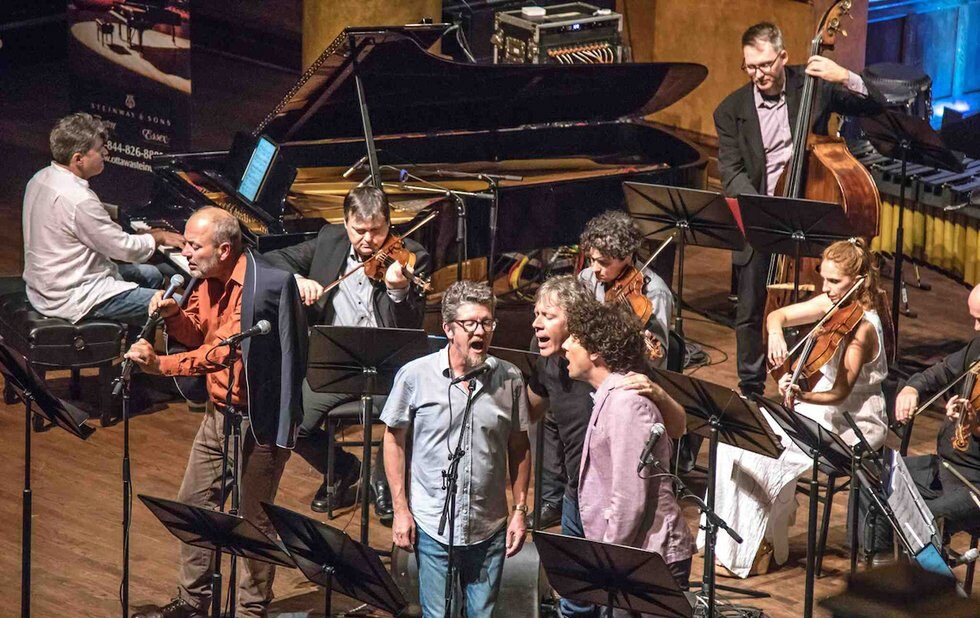 On September 26, 1969 a few lovable lads from Liverpool walked across a zebra crossing to their recording studio in London and recorded a little album called Abbey Road. Now, 50 years later, Toronto’s Art of Time Ensemble is re-imagining and recreating the influential Beatles classic over three nights at the Harbourfront Centre Theatre. The group, which is known for bridging pop, jazz and classical, will be joined by four guest singers: Andy Maize (Skydiggers), Jeremy Fisher, Craig Northey (of cult favourite Odds) and Jason Plumb (of the Waltons). They’ll come together to bring new life to those silver hammers, octopus’s gardens and bathroom windows with original arrangements and the group’s unique theatricality.

Hit the streets and force our complacent political leaders to take action at the largest march of its kind the city has seen for some time. Here are five reasons you should go.

The Radiohead singer returns to town in support of his latest solo project backed by Tarik Berri and longtime producer Nigel Godrich.

The museum marks a milestone with two days of events, including Director X’s massive environmental installations.

The cannabis industry exposition takes over the International Centre.