As the storm that was the Canada Reads finale subsided last week and I had my say on the interaction. 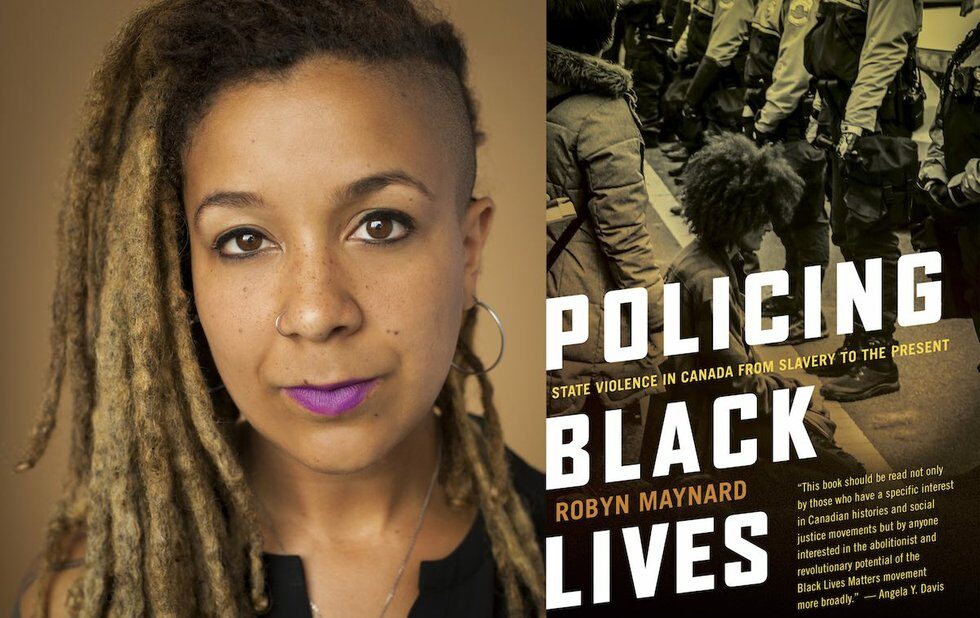 As the storm that was the Canada Reads finale subsided last week and I had my say on the interaction between Jully Black and Jeanne Beker, I reflected more on why Canadian history has not appealed to me. Much of that history is packed with myths and lies, and its told from a colonialist perspective.

But history is finally being considered from other perspectives, including stories from Indigenous folks and racialized immigrants to Canada. I looked up Canada Reads contenders from past years and browsed Toronto Public Library records to compile this list of books, which I hope will urge you to question the stories you have been told, and seek out the ones that have been kept from you.

The Marrow Thieves by Cherie Dimaline

Jully Black wrote an article about her experience on Canada Reads, and in her own words, The Marrow Thieves is the story of quiet genocide that Indigenous peoples (and their supporters) often get criticized and harassed for talking about. This is a futuristic story about survival and healing, love and longing.

The Book Of Negroes by Lawrence Hill

This fictional account features a strong female protagonist who is taken from Africa in 1755, enslaved in North America and then finds freedom. She moves through Nova Scotia and eventually, back to Africa. She contributes to The Book Of Negroes, which is a real historical document, but continues to experience racism and oppression, debunking the myth that Canada offered freedom to Black people and welcomed them for a better life.

The Birth House by Ami McKay

Set during World War I in Nova Scotia, The Birth House tells the story of a young woman apprenticing to become a midwife. This book highlights the struggle women have been up against in maintaining control over their bodies, and the women who fought that fight against the medical community during a very particular place and time in history.

One of Canadas best literary voices, Kim Thuy tells a story of loss, migration and love in Ru. Spanning refugee camps to a newfound community through multiple generations, Ru is about place and belonging.

Written in 1981, this is the first novel to narrate the treatment of Japanese-Canadians during World War II. More than 20,000 people were exiled and families were fractured. Told from the perspective of a young girl, this book traces family history and looks at the ways different family members responded, coped and survived.

Beginning in the late 19th century, the story of four generations of Chinese women in Vancouver comes to life. Their struggle begins with life in railroad camps and continues as generations navigate gender norms, racism and shifting cultural expectations while adjusting to life in Canada.

Drawing links between history, policy and a 2010 water crisis, Alexandra Shimo writes simply and frankly about life on the Kashechewa reserve in Northern Ontario. Weaving personal narrative with facts, she skillfully shows the impacts of racist, colonial policies and continued government negligence.

Undesirables: White Canada And The Komagata Maru by Ali Kazimi

The history of South Asians in Canada is rarely discussed in depth, yet it spans a couple of centuries. This book uses visual and textual documents to tell the story of the Komagata Maru. This 1914 incident saw 376 immigrants from India turned away from Canada, leaving many of them dead. Its an early example of Canadas exclusionary immigration policies that still persist today.

Any Other Way: How We Got Queer by various authors

This critical anthology of Torontos queer history draws on stories about police brutality, the development of queer communities and enclaves, trans rights, legal battles and what the future holds. With over 100 contributors, not only does this book tell the story of how Toronto became a global epicentre for queer culture, but of how diversity can take shape.

Policing Black Lives: State Violence In Canada From Slavery To The Present by Robyn Maynard

Believe that anti-Black racism isn’t real, or that it’s exclusively an American problem? Heres the proof, nearly 400 years worth of accounts of violence within slave ships, schools and prisons. Robyn Maynard tells it from an intersectional feminist framework and how the states treatment of Black people continues to impact all facets of life.

Using a high school history curriculum and text books as a starting point, Daniel Francis re-examines these lessons and how they have misshaped Canadian identity. This collection of stories juxtapose facts with the stories forcing us to question what we have been told about ourselves and our history.

Seven Indigenous students Jordan Wabasse, Kyle Morriseau, Curran Strang, Robyn Harper, Paul Panacheese, Reggie Bushie and Jethro Anderson died while separated from their families in Thunder Bay between 2000 and 2011. Through their stories, Tanya Talaga delves into the crises in Indigenous communities and the urgency for reconciliation.