Crystal Pite’s Body And Soul is coming to Canadian screens 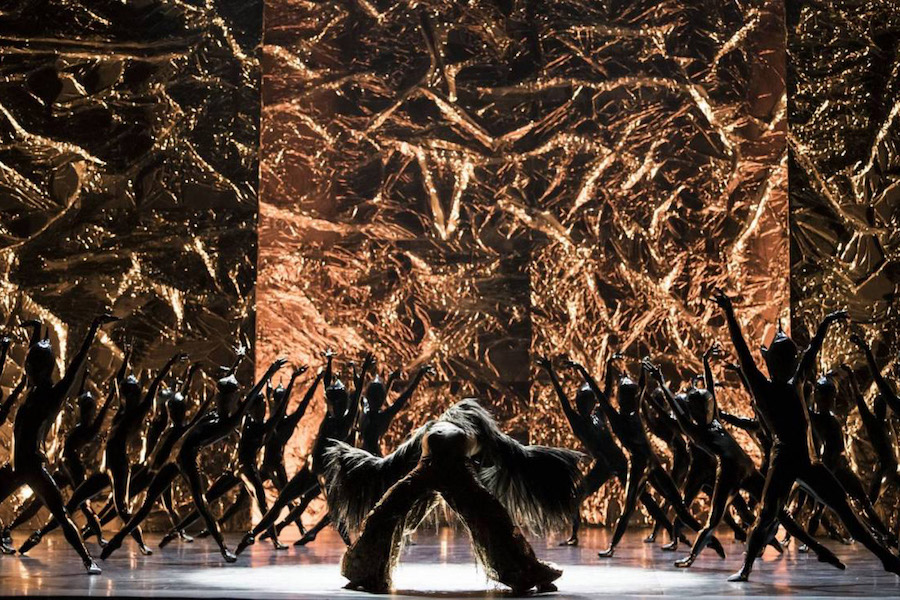 Vancouver choreographer Crystal Pite admits to feeling preshow jitters in advance of the Canadian film premiere of one of her more ambitious choreographic works.

The Kidd Pivot founder realizes that this anxiety is a bit bizarre, given that the Paris Opera Ballet debuted Body And Soul in the fall of 2019 at Palais Garnier to wild rounds of applause. The filmed version is forever immune to gaffes.

Moreover, she knows what the 85-minute film looks like because she participated in the editing process along with director Tommy Pascal.

“But, nevertheless, I do feel this little nervous feeling, thinking about being exposed, being vulnerable,” she continues. “Yeah, it does give me a bit of a rush to think of sharing it like this.”

“The Paris Opera Ballet would never land in Vancouver to do a performance,” DanceHouse artistic director Jim Smith says. “We’re collectively reaching out to a national audience.”

According to Pite, Body And Soul emerged from a scrap of text that she and Electric Company artistic director Jonathon Young worked with when creating a previous production called Revisor.

Young voiced the text’s words – which were stage directions describing a conflict between two figures – but they didn’t include this passage in that show.

“I kept that little bit of text in my back pocket, thinking I would use it for something,” Pite says. “So when it came time to make Body And Soul, I started with that.”

For her grand shows featuring large groups of dancers, Pite likes to work initially with students at Arts Umbrella in Vancouver.

“They’re kind of like my big, beautiful sketch pad,” she says.

With Body And Soul, she embellished that text and imagined how this conflict might play out with 35 or 40 dancers rather than just two. The words were translated into French and recorded by French actor Marina Hands. Pite’s long-time Vancouver collaborator Owen Belton created the music.

“The piece is presented in three distinct parts, three distinct worlds,” Pite explains. “I think of it as a kind of triptych – and the through line for the evening is that little scrap of text I was talking about it.”

Body And Soul explores how the meaning of these words can change depending on how they are embodied by the dancers and presented by the narrator.

In one scene, Pite says, the words play out like a large protest scene. By the third section, the dancers are swarming as nonhuman creatures in the natural world.

“I don’t want dance’s sort of wordless nature to preclude me from working with any kind of complex story,” Pite says. “So I am interested in story, yes, but I’m also interested in the structures of story.”

Body And Soul is her second show with the Paris Opera Ballet following the The Seasons’ Canon, which premiered in 2016. Her company’s associate artistic director, Quebec-born Eric Beauchesne, explained the nuances of her choreography to the French dancers.

“The dancers in the Paris Opera [Ballet] were so open and so curious and full of a kind of artistic hunger and fascination and earnestness,” Pite says. “That was remarkable to see.”

Digidance will present the Canadian film premiere of the Paris Opera Ballet’s performance of Body and Soul online from February 17 to February 23.