The best things to do in Toronto this weekend: June 11-13 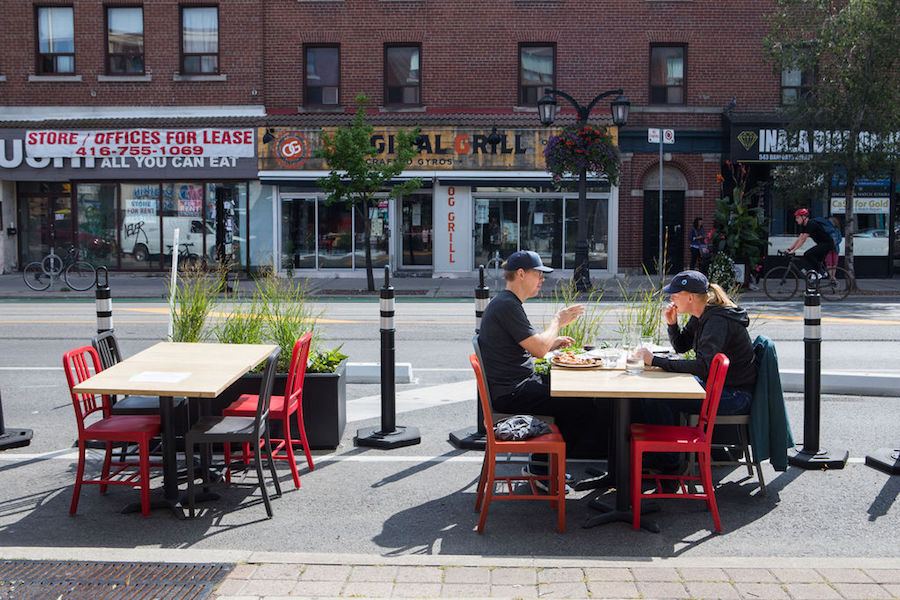 Patios reopen this weekend with a maximum of four people per table.

Our picks for the best things to do online and in-person in Toronto for the weekend of June 11-13.

As soon as the province announced step one of the reopening plan would go into effect on June 11, the mad dash to get patios ready three days earlier than expected began. Not every bar and restaurant with a patio or part of the CafeTO program is opening this weekend, but there are quite a few where you can grab a table and remember what it feels like to get that full-dining experience. Check out a list of spots across the city that are open for reservations or walk-ins here.

It’s Pride Month and TIFF is celebrating online by a number of recent recent queer classics, including Sebastián Lelio’s A Fantastic Woman, Chase Joynt and Aisling Chin-Yee’s No Ordinary Man and Wanuri Kahiu’s Rafiki The month will cap off with Deep Focus, a workshop on poetry and community-building by Toronto artist/activist Syrus Marcus Ware, as well as a screening of Marlon T. Riggs’s experimental classic from 1989, Tongues Untied. Check out more Pride Month picks here.

Queer Becoming from June 4 at digital.tiff.net

Death And The King’s Horseman

To June 30. Pay what you choose. soulpepper.ca

No Tickets At The Door

Danny Alexander’s documentary about Toronto’s music scene during the pandemic is revealing and surprisingly moving, while also filled with great concert footage that will make you miss your local sweaty mosh pit more than anything. After being available for Hot Docs subscribers, the doc will now be screened at a public online PWYC screening fundraiser for the Encampment Support Network. The Exclaim! and Wavelength-presented event will also feature a Q&A panel hosted by Luca Capone and featuring director Alexander, Phoenix Pagliacci (TRP.P) and Desiree Das Gupta (Kali Horse).

Drive-in cinemas are reopening around the Greater Toronto Area on June 11, meaning you can watch a first-run movie (or classics like Top Gun) with an audience assuming you have access to a vehicle. Catch A Quiet Place II and Peter Rabbit 2 in all their big-screen glory when the Premier Theatres chain resumes operation.

The Music Gallery’s new series is also the first curation by new artistic director Sanjeet Takhar. It’s described as a “multi-part workshop, talk and performance series focusing on the embodied, transcendent, dreaming parts of music that exist beyond genre.” The series finishes up this weekend with Deep City Breaths (June 11), a panel discussion curated by journalist Anupa Mistry about urban resilience, cultural exchange and femme resourcefulness. And on June 12, there’s a virtual concert by Angel Bat Dawid and Pan Afrikan Peoples Arkestra.

After recent weekends saw the outdoor exercise program shut down roads in the north and west ends of the city, ActiveTO scales back to Lake Shore East’s eastbound lanes (from Leslie to Woodbine) from 6 am on June 12 to 9 pm on June 13. Roads within High Park will also shut down again, starting around 11 pm on June 11 through 7 am on June 14. The city is planning future ActiveTO closures on Black Creek Drive, and on roads within Exhibition Place.

After taking last year off, the World Naked Bike Ride is back. Strip down and pedal past Yonge-Dundas Square, Trinity Bellwoods Park, the University of Toronto, Kensington Market and other landmarks frequented by people wearing clothes.

You Grow Through What You Go Through

Artist and activist Gloria C. Swain and curator Shay Borden will chat about Swain’s solo show, which is on through July 8 and viewable online at BAND Gallery (or via appointment in-person). Swain is a multidisciplinary artist, but this show focuses on abstract, geometric paintings that capture the “rhythms of Black life, with sharp edges that collide and shatter as the community breaks through oppression,” she says.

Toronto author and activist Desmond Cole chats with The Louder I Will Sing author Lee Lawrence about the similarities between Black experiences in Canada and the UK, as well as the personal journeys that led them to focus on the issue of police violence.