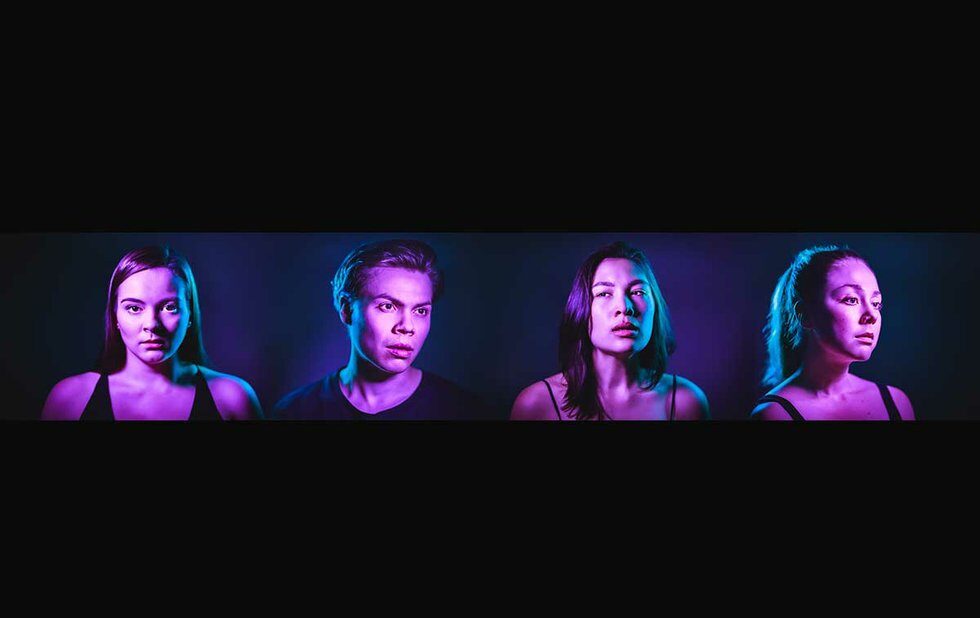 Director Katy Murphy has Kanes four characters (understood to be four parts of a fragmented psyche) perform symbolic group movements compulsively pacing the stage and trading denim streetwear that mirror the ebb and flow of the free-wheeling and disturbing text.

Unlike Kanes other plays like Blasted and Cleansed, Crave doesnt depict horrific acts, but the babbling characters endlessly obsess over extremes of sex, violence, relationships and death. (Take the content warnings seriously.)

One standout moment, a long stream-of-consciousness-style monologue itemizing aspects of a standard modern courtship performed by Wayne Burns, is very unsettling in how accurate yet bleak it is.

Strong performances from the ensemble, which also includes Liz Der, Breanna Maloney and Laura Meadows, builds the nightmarish action to a climax that resonates long after the lights dim.