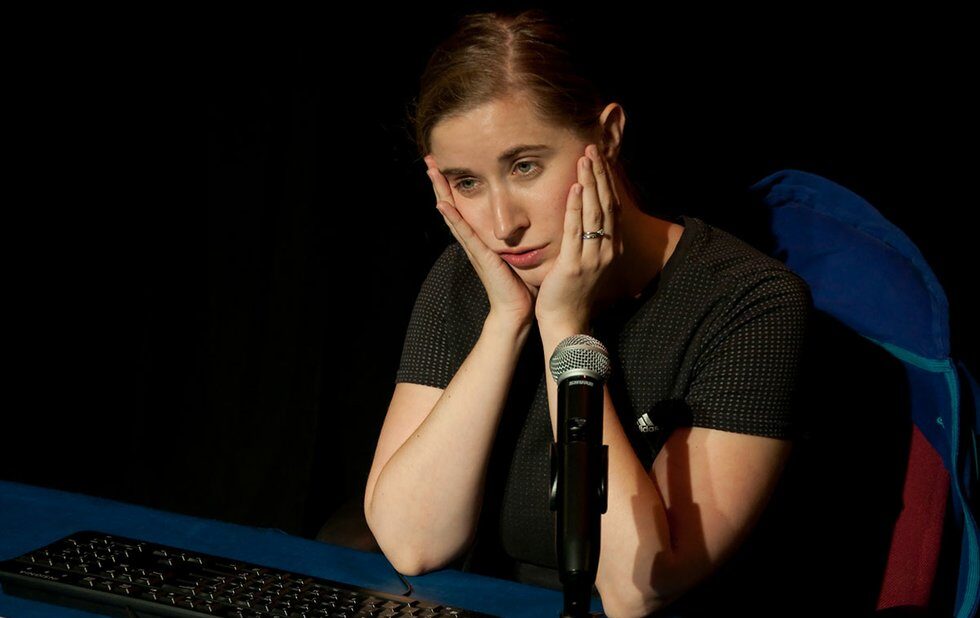 Tita Jokes was one of two Filipinx-themed hits at the fest.|The exquisite Night Feed was one of several works dealing with mental illness and depression.|Laura Anne Harris's Destiny

DESTINY, USA traces Laura Anne Harriss move from Toronto to Syracuse, New York to be with her husband after Trump is elected, and as her mother is dying. Once there, she takes a job at a relay call centre that facilitates telephone calls for the Deaf and Hard of Hearing via an operator who acts as a voice for the deaf person by relaying what they say verbatim (it isnt as easy as it sounds).

Harris is charming, connecting with the audience and at times delighted by our laughter (“Ive never had an audience laugh there before!”). She balances wit with sincerity and depth of feeling, capturing the humour in fights over dishes with her husband, while recalling her devastation at her mothers death.

Her isolation in a foreign place, the loss of her mother and no clear career path is contrasted with the conversations she facilitates for an unsuccessful job candidate, an addict in rehab and a caller to a suicide hotline. Harris dramatizes many of the interactions or transcribes them on the video screen (that provides subtitles throughout), though there are also pre-taped Deaf actors (Tamyka Bullen, Natasha Bacchus, Sage Lovell) playing users of the service, all of whom display an impressive depth of character.

The show is easy to invest in, but I did want a sharper sense of how her experiences at the call centre affected her own understanding of not just her privilege but her isolation. Despite this, the show is entertaining, timely and deeply moving.