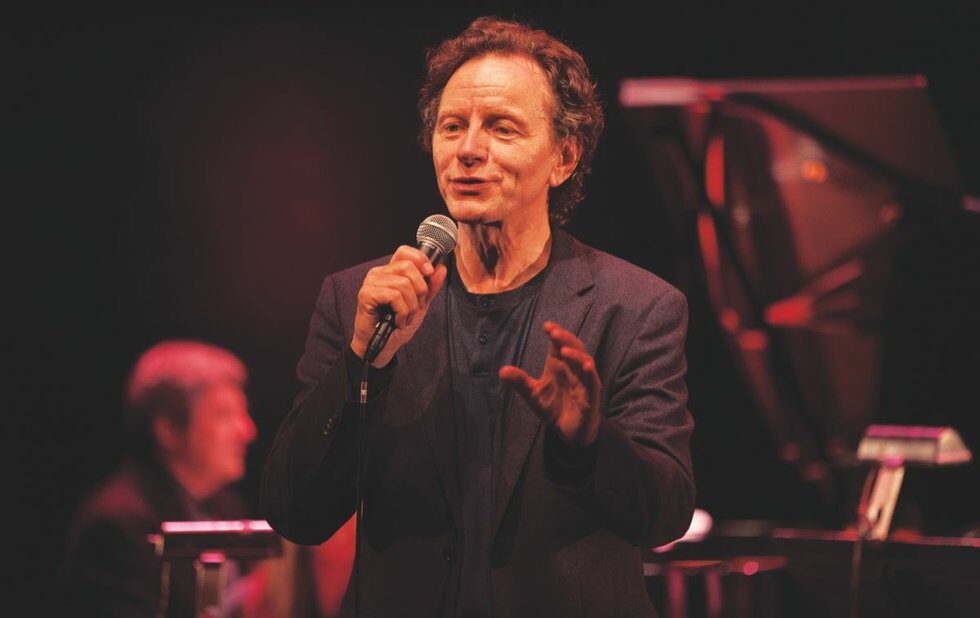 Anyone who saw Brent Carver perform – on stage or on film – will never forget him. Like the greatest artists, the actor and singer, who died Tuesday (August 4) in his home of Cranbrook, BC, at the age of 68, had access to something transcendent and sublime.

Although he performed across North America, Toronto theatregoers were lucky to see plenty of his work.

In 1993, he won a Tony Award for best leading actor in a musical as the gay window dresser Molina in Kiss Of The Spider Woman. Before that, he premiered the role in Toronto (where he won one of his many Doras) and played it in London, England.

I was fortunate enough to see that performance, as well as other signature roles, like his quick-witted, lonely David in Brad Fraser’s breakthrough play Unidentified Human Remains And The True Nature Of Love, and the conflicted title part in Friedrich Schiller’s Don Carlos, one of the plays that helped launch Soulpepper Theatre.

Carver had a long association with the Stratford Festival. Among his dozens of roles, he played a very moving Tevye in Fiddler On The Roof – his frailty and against-type thinness evoking the dairy man’s poverty. He also starred in a rock ‘n’ roll version of Hamlet.

Even in 2006’s ill-fated Lord Of The Rings musical, Carver got some of the show’s best reviews as the wise wizard Gandalf.

Equally effective in plays and musicals (he earned a second Tony nomination for Parade in 1999), Carver also excelled at cabaret, where he brought his sly wit, dramatic sense and taste to each number, even novelty songs. No one who saw them will forget his subtext-laden delivery of ditties like Love Potion No. 9 or When The Red Red Robin (Comes Bob Bob Bobbin’ Along).

Carver was an especially gifted and nuanced interpreter of the songs of Jacques Brel. His first professional gig was in the Arts Club’s 1972 production of Jacques Brel Is Alive And Well And Living In Paris. And he often included Brel songs in his cabarets.

“Every number has to be an emotional journey of some sort, with a beginning, middle and end,” Carver said about one of his cabaret shows in a 1995 NOW cover story written by his friend Jon Kaplan.

“Every role is musical”

“I think every role is musical,” he told Jon. “I don’t mean that you’re singing notes all the time, but the reception of a spoken line still has a musical quality. That rhythm, that melodic quality, affects me when I hear people speak or when I read words on the page.”

The few times I met Carver in person, he was always lively and imaginative, his blue eyes expressing a child-like enthusiasm. In a silly Q&A I conducted with him one summer over email, his replies were charming. Favourite summer activity? “Eight shows a week.” Favourite summer drink? “All of them.”

Film and TV watchers admired him in features like the adaptation of Timothy Findley’s novel The Wars, the screen version of Lilies and the TV movie The Legend Of Sleepy Hollow.

But it was as a theatre actor that Carver will be remembered most. He was especially good at communicating strength and perseverance in seemingly vulnerable characters. One of the roles that first put him on the map in Toronto was that of Horst, the dignified, proud gay man in the Holocaust drama Bent. The performance earned him his first Dora, in 1981.

“Theatre can bring about revolutionary changes”

“Theatre is a means for me to help bring about some of the revolutionary changes the world needs,” he said in that NOW cover story. Those words resonate so much, especially today.

“We all have a little pilot light in our hearts that we have to guard, ensuring that the light never goes out and always looking to it for truth.”

Right now, all the pilot lights in our hearts are dimmed with him gone.