Knives In Hens gets a razor sharp Coal Mine Theatre production 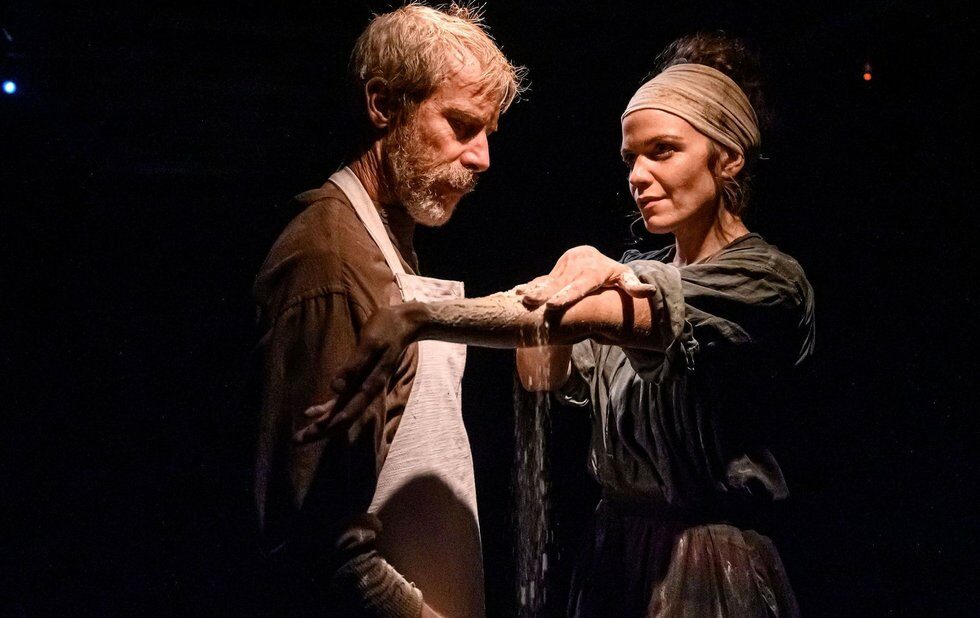 Since its 1995 premiere, David Harrowers Knives In Hens has become something of a modern classic. And judging from its haunting production at Coal Mine Theatre, its reputation is justified.

In an unspecified, pre-industrial rural community, a character identified only as Young Woman (Diana Bentley) lives with her new husband, an older ploughman nicknamed Pony William (Jim Mezon) by the townsfolk. Shes enchanted by the natural world but doesnt have the words to articulate what shes feeling. The gruff William, meanwhile, dismisses her longings. Hes busy tending to his horses, although theres a suggestion he may be doing something else in the stables, with or without the animals.

When William sends her to the mill to grind their grain into flour, he warns her about the miller, Gilbert Horn (Jonathon Young), whom most of the town distrusts. At first, she too is suspicious of him, but soon the man piques her curiosity with his books and, especially, his pen. What is there to write, she queries, besides a strict accounting of facts?

Where this seed of an idea goes, both in Harrowers script and Leora Morriss production, is thrilling. It can be read as everything from Garden of Eden allegory to feminist fable, with a couple of noir moments that feel like Dashiell Hammett redoing Chaucer. In our current political situation, you could see it as a cautionary tale about ignorant fear-mongering.

Harrowers dialogue is pared-down and immediate, as persuasive in suggesting wants and needs as the writing in his more famous play Blackbird.

Kaitlin Hickeys set is suitably primitive and loamy audiences on one side of the theatre even have to trek over a dirt-strewn stage to get to their seats. And her lighting adds magic to certain scenes, such as a dream-like moment in which Gilbert sprinkles the couple with flour.

Mezon, his face smeared in grime, brings an animal-like intensity to his role as William, while Youngs Gilbert makes a sensible, sympathetic alternative.

But its Bentley and her open, questing spirit who makes the most memorable impression. The way Morris directs her especially at the ends of scenes adds to the delicious ambiguity about her characters motivations, something youll be pondering long after the play ends.