Next year's headliners have also been announced: the Queen of Dancehall and a RuPaul's Drag Race winner 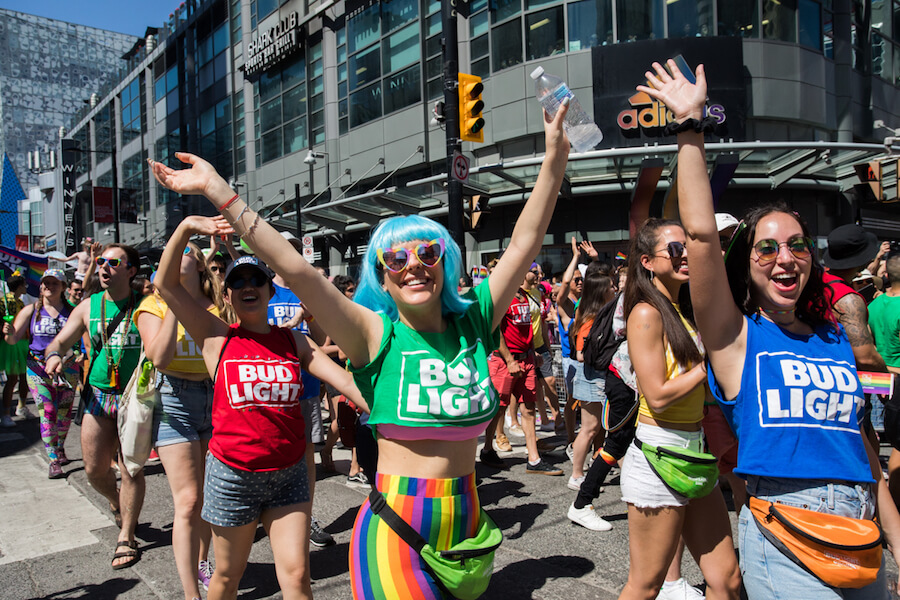 After two years of virtual events, Pride Toronto is already looking forward to bringing back physical parties in 2022 – but the parade will look a little different.

Organizers of the annual month-long LGBTQ2S+ celebration have announced next year’s dates for the IRL festival, which will kick off on June 1 with a flag raising at city hall and culminate with Pride Weekend on June 24-26.

In a new change, gas-powered vehicles and flatbed floats will be banned from the Pride Parade as part of efforts to make the event more environmentally sustainable and “reduce corporate brand presence on the festival’s footprint,” a statement on the Pride’s website reads.

“The parade has come a long way from its beginnings and in a continued effort to maintain and honour our political grassroots history as well as to align with new sustainability efforts, Pride Toronto will be eliminating the use of flatbed floats and gas-powered vehicles in 2022 and will be moving to smaller green-powered vehicles,” the statement adds.

“We recognize that this is not the finite answer to the concerns brought forth by the community, but this is the first step.”

Parade participants must now select an “environmentally sustainable” vehicle, which can include a trailer no more than 14 feet in length. This rule is designed to “maintain the parade viewership experience while negotiating and balancing brand presence,” Pride said.

Full details of the new rules will be announced at a Parade launch event in January.

Toronto Pride, and Prides in other global cities, have long been criticized for drifting away from the original movement’s activist roots. The event now heavily relies on government funding and corporate sponsorship, and Pride Month brings with it a barrage of advertising as Fortune 500 brands and Bay Street financial institutions position themselves as community allies.

A trio of high-profile international headliners are also coming to town for Toronto Pride in 2022.

American reality TV will also be represented at Toronto Pride by the Legendary House of Miyake Mugler, the winners of season 2 of HBO’s ballroom competition series Legendary. The members of the house are due to perform at the Pride Weekend kick-off event at Yonge-Dundas Square on June 24.

One of the world’s biggest dancehall artists is coming to town for the festival. Jamaican singer/songwriter Spice, aka the Queen of Dancehall, will also perform as part of the Pride Weekend kick-off lineup.

Other staple events scheduled to come back in physical form next year include the Trans March, Dyke March, Bi+ Pride Programming, Blockorama and the StreetFair. The Island Party will take place on June 19, 2022. More programming details will be announced later.