NOW MagazineCultureComedyWhat to expect at the reopened Comedy Bar

Toronto's favourite comedy club reopens this weekend with a capacity of 44, a new mask policy, shorter shows and protection for comics 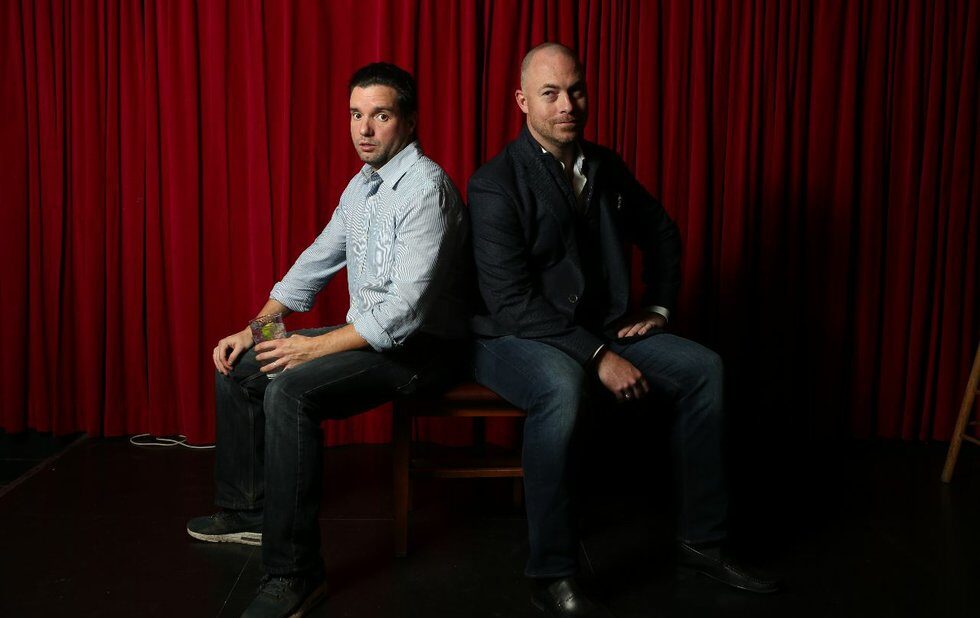 If you and your comedy-loving bubble miss live shows, you can get your fix starting tonight (Friday, August 7). The city’s favourite comedy venue, Comedy Bar, has reopened for business, with a few Stage 3 changes in place.

Because of the “50 people in one space” rule specified by the city, the club’s capacity maxes out at 44 patrons. There will be 10 socially distanced tables in the mainspace: eight of them can seat four people, while two can seat six. There will also be the comic, tech person (behind a plexiglass booth) and servers.

Patrons need to book an entire table. For instance, Saturday’s Best Of show featuring Hisham Kelati, Leonard Chan, Courtney Gilmour and others, is for sale at $100, which covers four seats ($25 each).

“If it was all pairs, you’d only get 20 people in there. We’re trying to make sure that the comics make some money. If it’s a house of 20 people, they’re not going to be able to do that.”

If, however, there are any empty tables on the day of a show, the club might release them to couples rather than let them go empty.

Just outside the main door, patrons will check in and answer basic COVID-19 questions, so that the club has information for possible contact tracing.

Groups will be taken to their table and given the opportunity to order drinks. If someone goes to the washroom, they need to wear a mask, there will marks on the floor to indicate distancing and the club will manage things so they aren’t full of people.

There will be stanchions and a special exit so one crowd can leave before another arrives for the next show.

“All our shows are going to be an hour or less,” says Rideout Jr. “All the data suggests that your risk [of exposure to COVID-19] increases the longer you spend in an enclosed place,” says Rideout Jr. “So people can come in, watch the show and then leave.”

You can also pre-order drinks to have them served to your table. There will be no standing at the bar. Although the cabaret space isn’t being used for shows, it will act as another place for patrons to hang out, at a few physically distanced tables.

Masks are to be worn at all times, except when drinking. The club has upgraded its air filter system to pull in the maximum amount of outside air.

“We’re doing everything we can to be as safe as possible,” says Rideout Jr.

So far, the reopened Comedy Bar has only booked stand-up acts, not improv or sketch. This is to protect the comedians themselves.

Rideout Jr. says the club has invested in disposable microphone covers and Lysol wipes for the mic and its stand. Each comic will perform from the back of the stage, which is about 16 feet from the front-row tables.

“We’re only going to have one person on stage at a time, and one person in the dressing room,” he says. “Everyone else will be either outside or in another area. A comic will let others know when they leave so that the next person can go on. The dressing room is a small place, so you don’t want everyone in there.”

And will improv and sketch eventually happen at the reopened Comedy Bar?

“We’re only doing stand-up now until we get comfortable,” he says. “If we continue to see the numbers go down and everyone’s comfort levels go up, we might change that.”

With performance spaces permanently shuttering – Hamilton’s the Staircase is the most recent – reopening is a matter of survival.

“What we’re doing now is just extending our timeline,” says Rideout Jr. “We’re trying not to close. The Staircase was the latest, but we’re going to hear about more places soon. We’re not gonna really make money doing this. But if we can generate some revenue that buys us an extra month or two so we’re still here when a vaccine arrives, that’s all we can hope for.”

I was hoping to talk to someone from the Yuk Yuk’s Comedy chain, which was going to reopen their clubs in Toronto and Oshawa this week. But a representative emailed me and said they have changed their mind and will be reopening in September.