NOW MagazineFood & DrinkFoodAn inside look at the wet, dirty world of Torontos dishwashers

An inside look at the wet, dirty world of Torontos dishwashers

In his photo exhibit, In The Pit: The Untold Stories of Toronto’s Dishwashers, photographer Sandro Pehar documented the conditions of the restaurant industry’s lowest paid workers 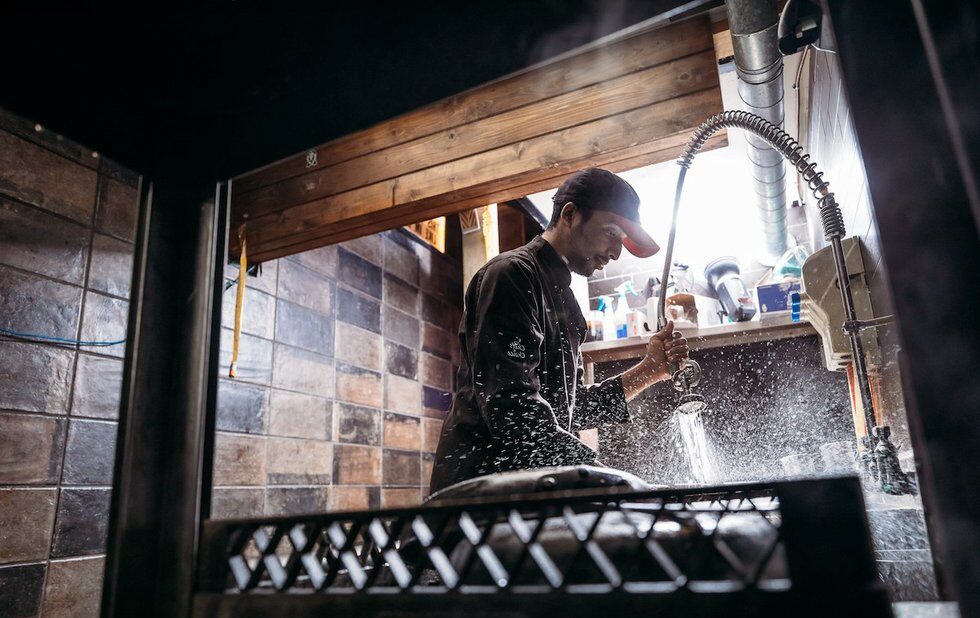 “It’s harrowing, alienating, lonely, dirty, underpaid, and no one ever really knows it happens.”

That’s how Toronto photographer Sandro Pehar describes the working conditions endured by dishwashers at the city’s restaurants. For eight months while he was a student, he worked in the dish pit at the chain restaurant Earls in the Square One Mall, where his shifts were long and exhausting.

“There’s a big divide at restaurants [between staff],” explains Pehar, noting that typically, the customer-facing staff skews younger and more social, while the cooks are “grizzled Anthony Bourdain types” who take on an immense amount of pride in their work. Pehar says that most of his coworkers were “older male immigrants, people didn’t finish high school and a lot of racialized folks.”

There are many elements of the job he loved, like immediately seeing the payoff of your work and feeling like a vital member of a team. But that was juxtaposed with 11-hour shifts, working non-stop on his feet, and getting yelled at by kitchen staff. “It’s the hardest job I’ve ever had in my life,” says Pehar.

In his photo exhibit, In The Pit: The Untold Stories of Toronto’s Dishwashers, Pehar calls attention to the working conditions facing dishwashers, who are the lowest paid workers in the restaurant business and are the most vulnerable to food insecurity.

“I wanted to give space and place to these people who are forgotten economically and culturally, and also give them the respect that they deserve,” says Pehar.

For the exhibition, which was commissioned by the non-profit FoodShare and is on display at Daniels Spectrum until November 28 (585 Dundas East), Pehar photographed the dish pits of seven establishments. They ranged from sprawling 300-seaters and tiny eateries to live music pubs and fine-dining restaurants.

The restaurants are all kept anonymous, which he says underscores the fact that no matter the size or type of restaurant, the dishwashing experience is universal.

The exhibition at Daniels Spectrum opens with the photograph. “[The subject] didn’t initially want to be a part of it, but after I showed him the other photos he was down. He’s a new immigrant to the country,” says Pehar. “I wanted everyone to come into the exhibit and [feel] like they’re getting baptized by the water of the dishwashers. For me this photo represents what it feels like to be a dishwasher: wet, hot, steamy and dark.” 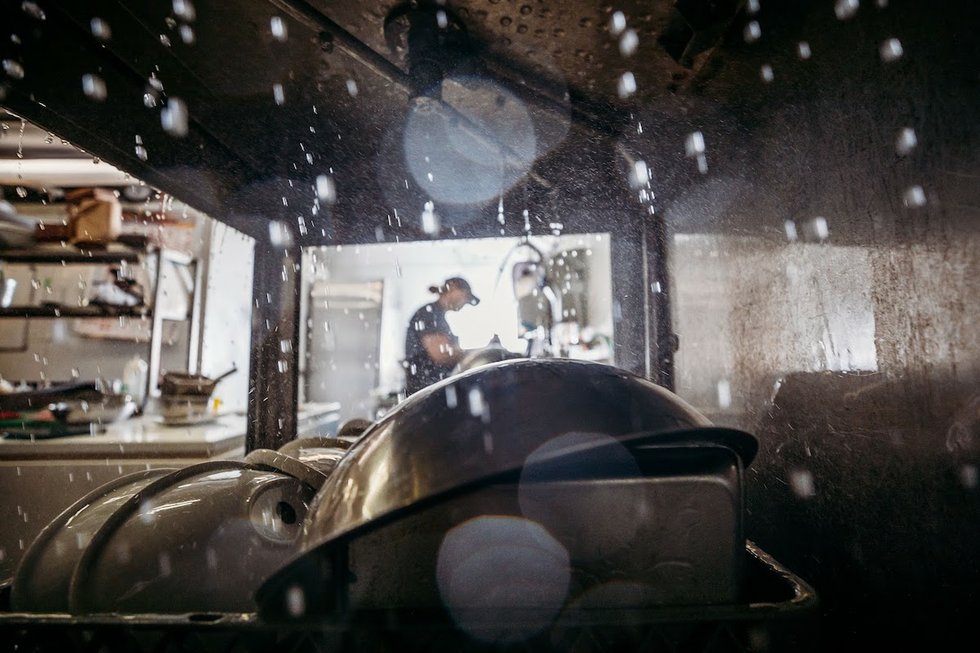 To get this shot from within the dishwashing machines, Pehar used a super-wide 16 mm lens and actually jumped inside the appliance while it was on to capture the water spraying. “A theme that came up constantly in this project is that people thought I’d just be photographing machines, not people,” says Pehar. “I thought it would be interesting if I shot outwards to show what the dishwasher machine sees. There’s a bit of trickery because the lens exaggerates the size of the machine. I was crammed in there and could get half my body in.” 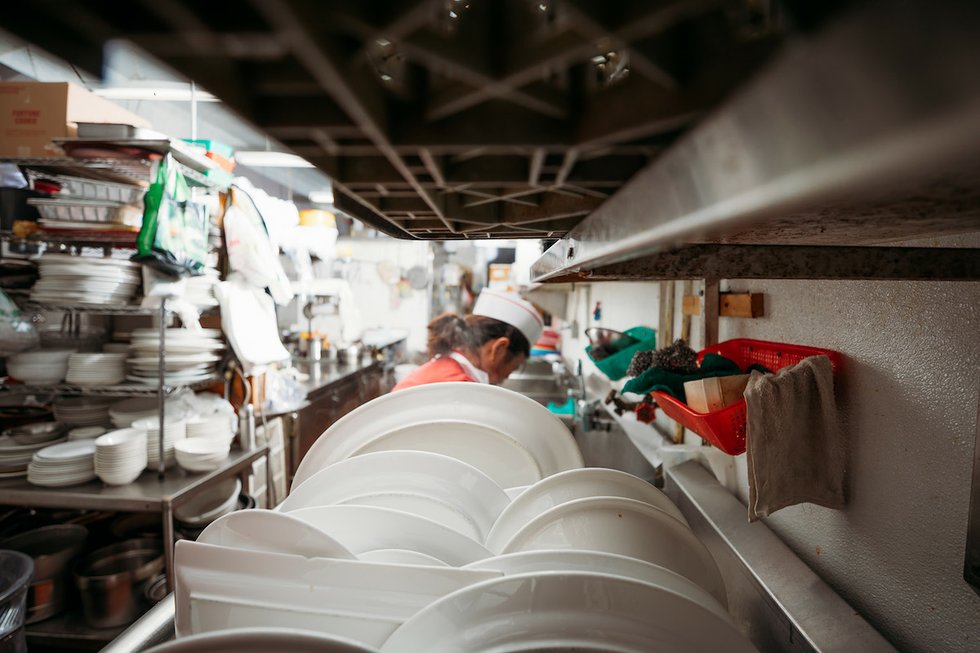 Pehar took this shot at 2 a.m. in Chinatown, when the restaurants along Spadina get filled with the post-bar crowd. The woman didn’t want her face shown, so Pehar positioned her in the background behind stacks of dishes. “At this restaurant, there was a giant plastic sheet on every table, so at the meal they’d roll it up with all the plates of food and then give it to the dishwasher. She’d have to go through and throw out the food, garbage and organize the dishes.” 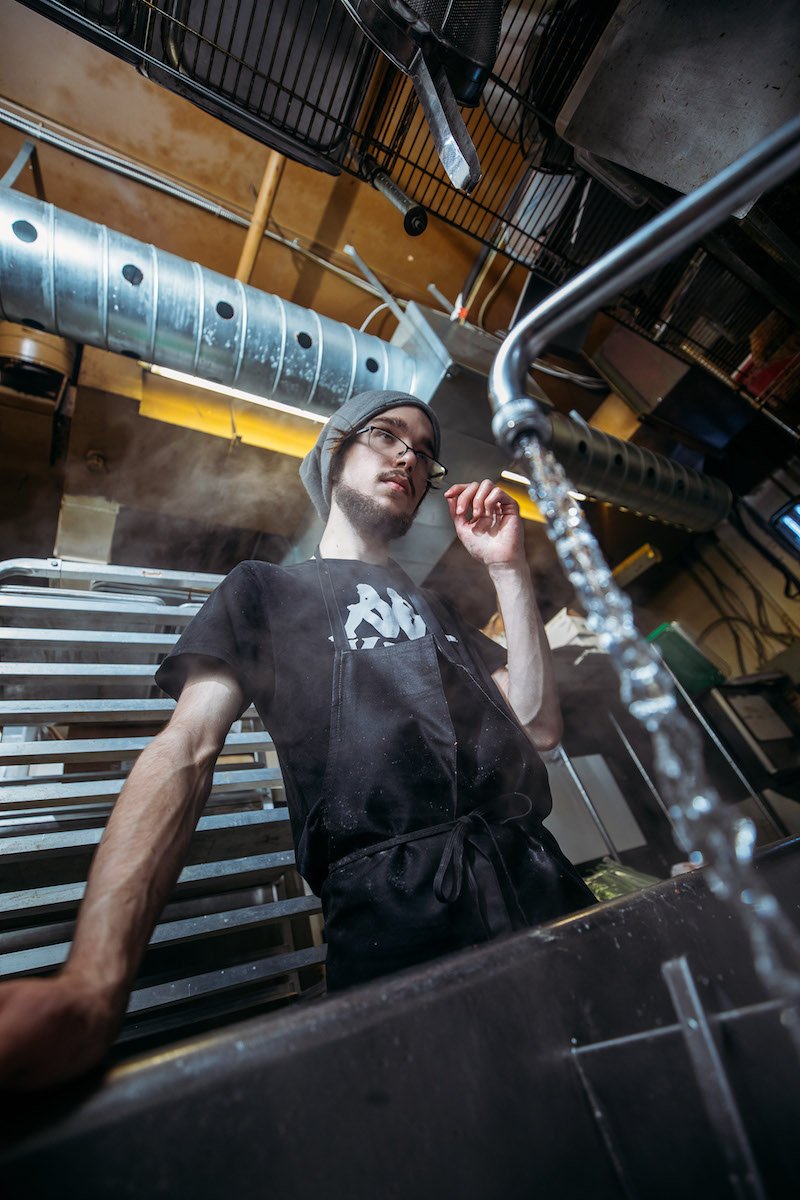 “This is Caden. I wanted his photos to have a rock star vibe because he was into it,” explains Pehar. “The lighting is very pronounced, you can see his veins, and he’s standing in a very powerful position. It’s shot from a lower angle to give him a kind of gravitas.” 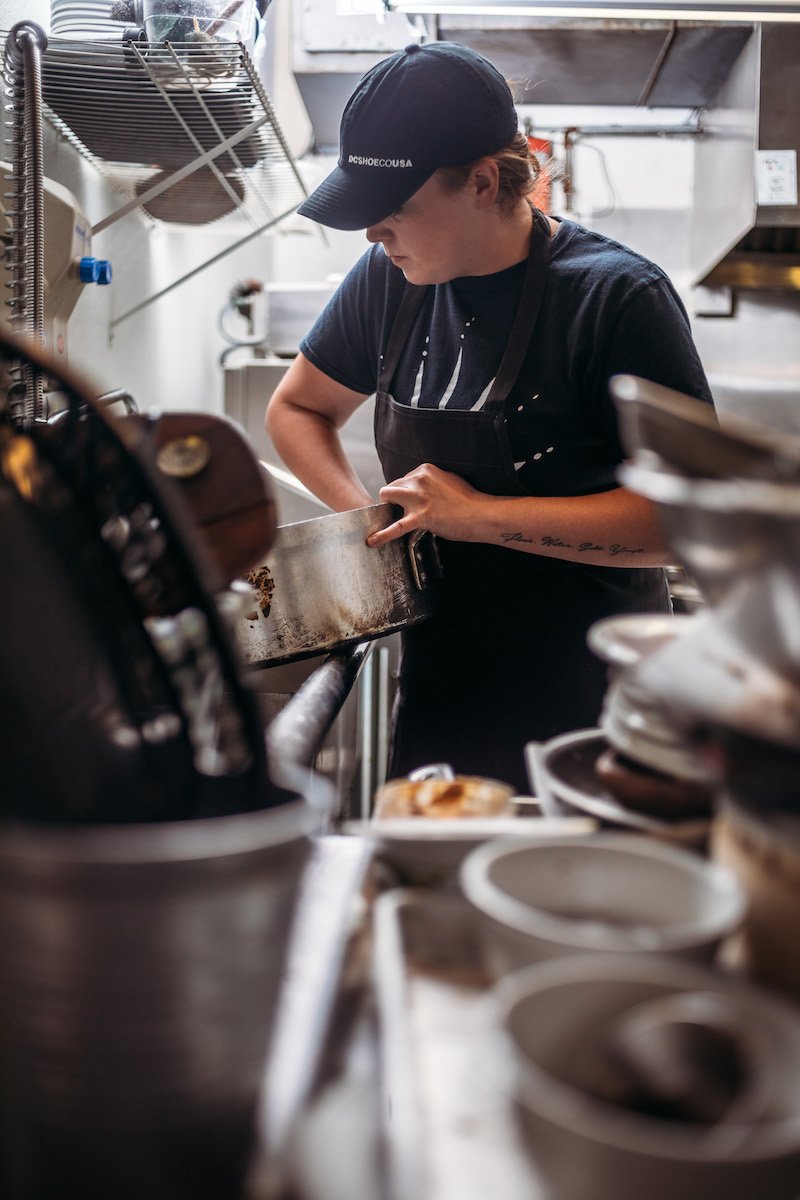 This dishwasher also works as one of the restaurant’s cooks. From Pehar’s experience both washing dishes and working on this project, he says, the majority of dishwashers in Toronto kitchens are men. “Two out of seven people I photographed are women, but that’s an overrepresentation. It’s very male-dominated.” 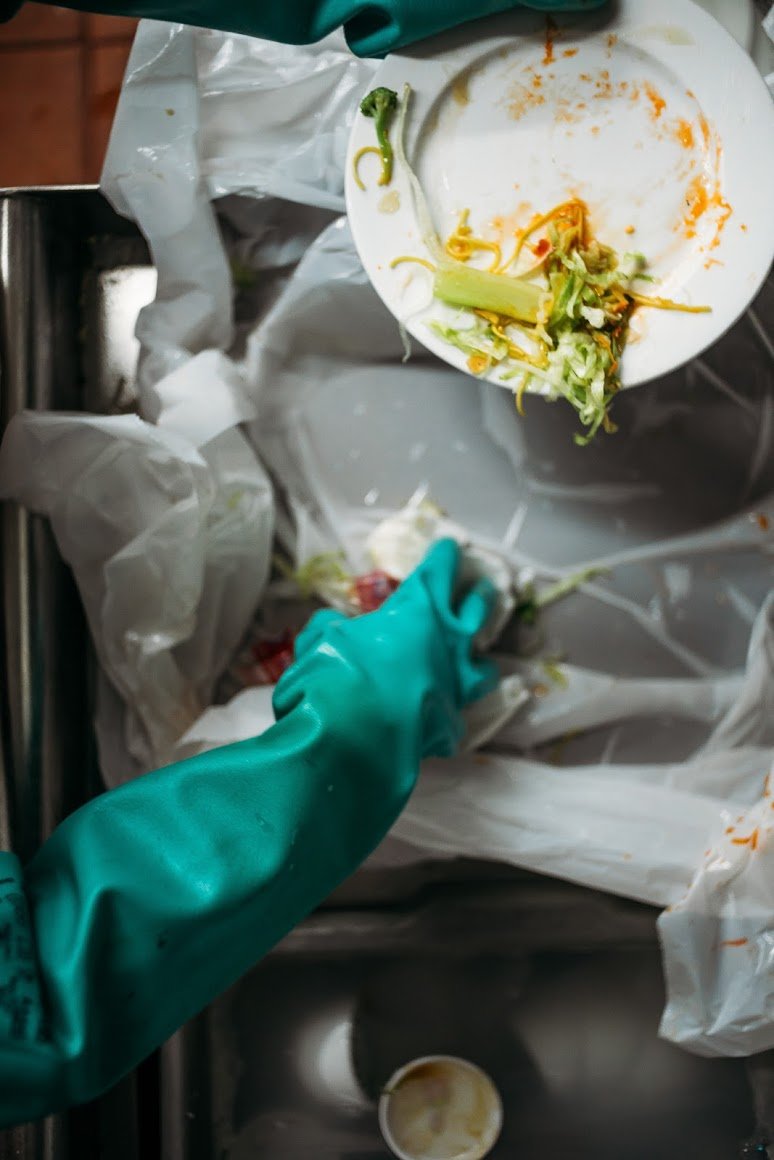 “As a dishwasher I was paid minimum wage, plus a small portion of shared tips, but I spoke with undocumented workers who got paid less than $10,” says Pehar.

“The people I photographed are working their asses off to uphold a vital element of so many Torontonians’ lives: going out to eat. If we look at how these people are treated proportionate to how necessary their job is, it’s a disaster. We have to let go of the toxic myth that people in the service industry don’t deserve the same praise and money as someone working at a [high-end] fashion store or on Bay Street. All work is meaningful.”