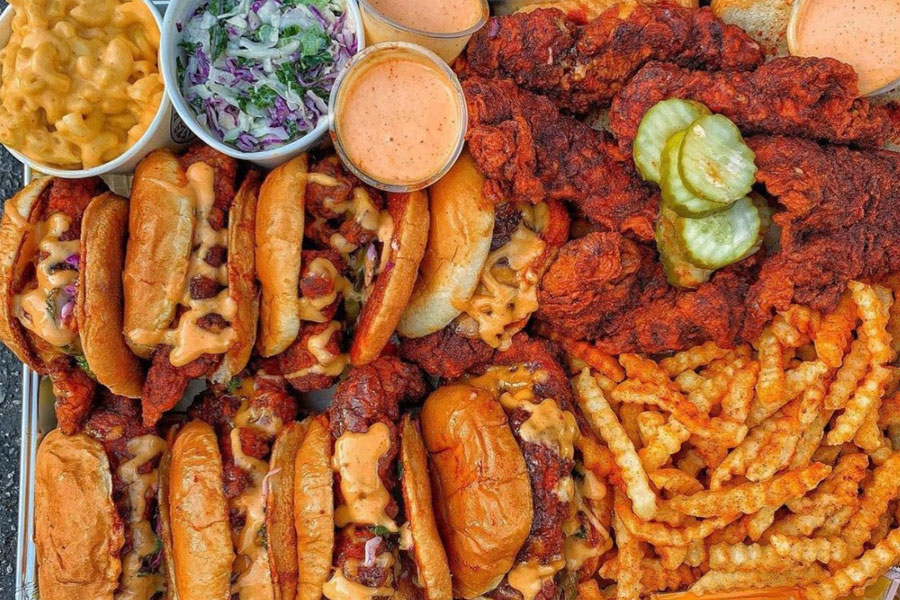 Fewer Toronto restaurants seem to be opening this month compared to December. What is opening are American fast food chains, like Dave’s Hot Chicken.

As we come to the end of the first week of the provincially mandated state of emergency, not much has changed. The winter lull has officially set in and restaurants and small businesses are still struggling. If it’s within your ability, support local businesses whenever you can.

Here is what opened and closed between January 12-19.

This Kensington Market burger joint, known for elaborate burgers stacked sky high, announced on Instagram that they were “unable to weather the storm.” They will be scaling back and closing the restaurant but refocusing on their food truck, so it’s not a complete goodbye.

This Leslieville pub announced on Instagram that January 30 will be their last day of business. They thanked the neighbourhood and their current and former staff for supporting them and posted a menu of final specials that can be ordered during their last three days. It includes an herb-roasted chicken dinner, fish and chips, KFC-style chicken bites and their signature smashed burger.

Dave’s opened last week in Parkdale, the first Canadian location of the California-based chain. It serves chicken tenders and sliders, with varying spice levels from “no spice” to “reaper”and they’re already receiving a lot of buzz (they have a cult following in the States). Today, it was announced that another location in midtown is coming soon, south of Eglinton on Yonge. The Parkdale location took over the old home of Pete’s Corner Grill, which closed in October after the landlord sold the building.

A post shared by the dumpling house of 416 (@shinyi_dumplings)

If gorgeous dumplings in impressive hues are your thing, Shinyi is for you. The new dumpling spot on Yonge, north of Wellesley, takes pride in craftsmanship, with a street-facing window so you can see the dumplings rolled and moulded by hand. They do vegetarian, beef, chicken and pork dumplings and also serve rice meals, appetizers and mains like kung pao chicken.

Tsuchi is a Japanese plant-focused cafe near Little Italy, on College. It serves different soups of the day, like corn curry soup, yuzu pepper pesto sandos, karage and omakase salad bowls. Tsuchi is still in the midst of a soft opening and food can be ordered for delivery.