From cookbooks to memoirs and handy field guides, these tasteful volumes will offer plenty of food for thought 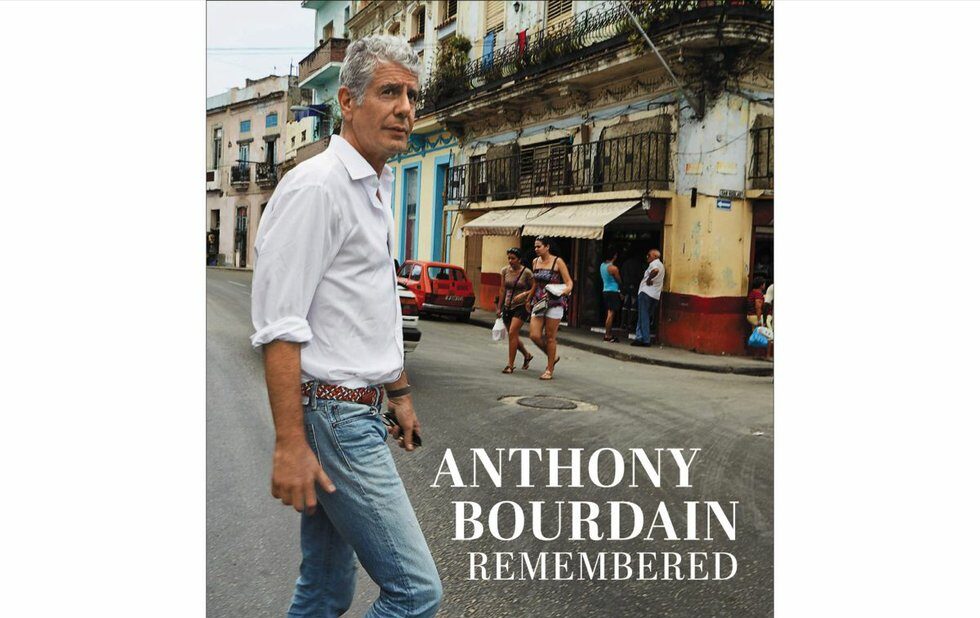 The world of food lost one of its greatest champions in 2018 with the death of Anthony Bourdain, the author and TV host who dedicated his career to uncovering the best the world’s restaurants had to offer, from six-seat mom-and-pop joints to the world’s most-vaunted kitchens. His death prompted an outpouring of grief from inside and outside the food world. This memorial volume collects remembrances from figures as varied as Ken Burns, Questlove, Iggy Pop, Barack Obama and Jacques Pépin, plus a number of fans and viewers, interspersed with photos from throughout Bourdain’s travels. NM 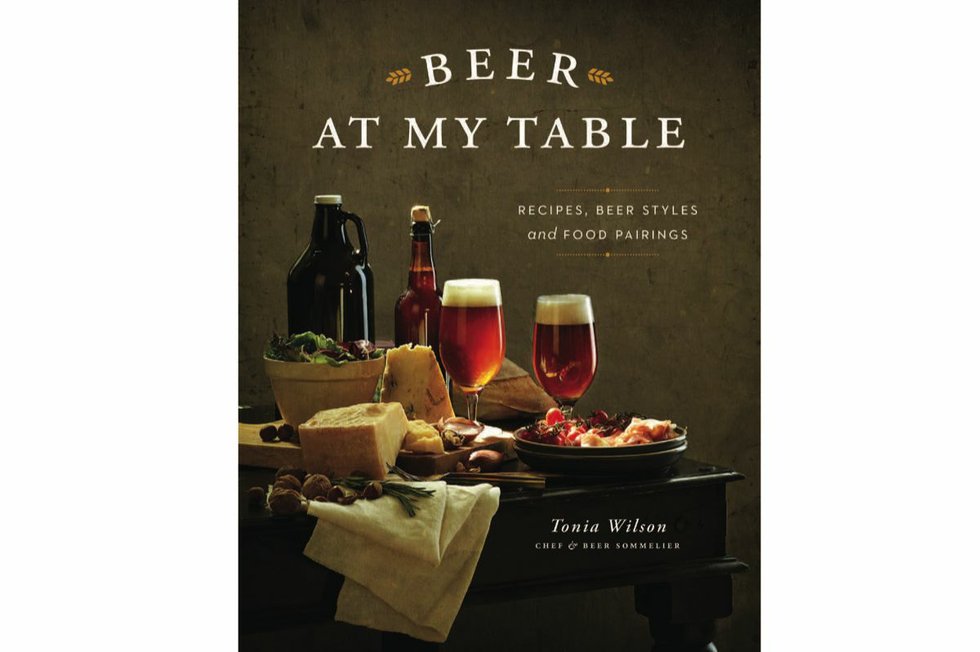 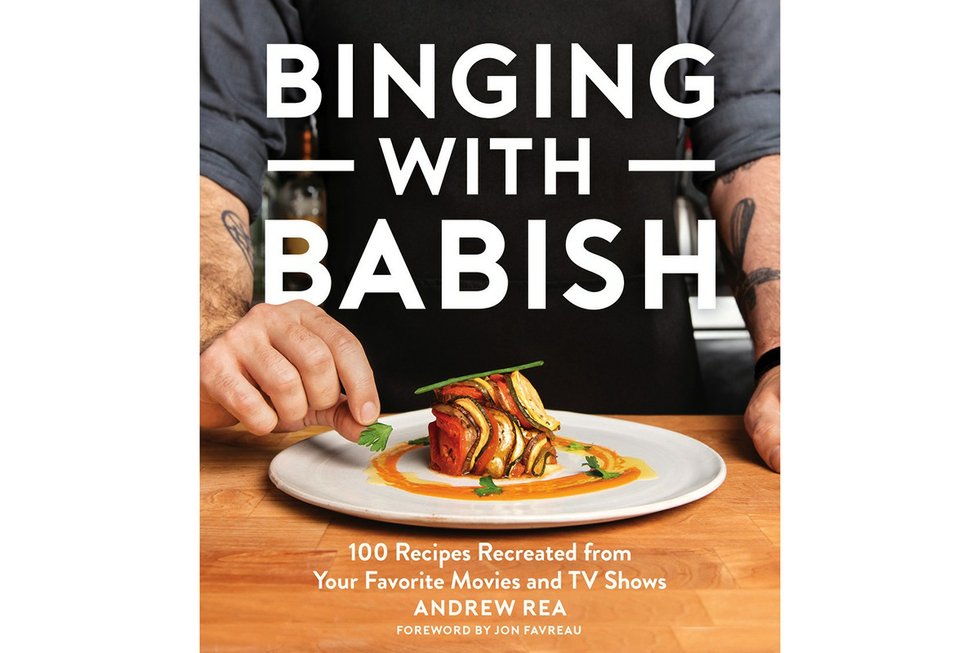 BINGING WITH BABISH: 100 Recipes Recreated From Your Favourite Movies by Andrew Rea

Andrew Rea – better known to the Internet as Binging With Babish – has created a YouTube empire with a simple formula: A laundry list of iconic pop culture recipes, a willingness to commit to the bit – even if it’s buying two dozen different game meats to recreate Regular Show’s “Every-Meat Burrito” – and the determination to tweak and test until every recipe, no matter how outlandish, is worthy of being inducted into “the Clean Plate Club.” In this volume, Rea rounds up the first 100 recipes from his channel, from Ratatouille’s titular dish and Sansa’s lemon cakes from Game Of Thrones to the Avengers’ chicken shawarma. NM 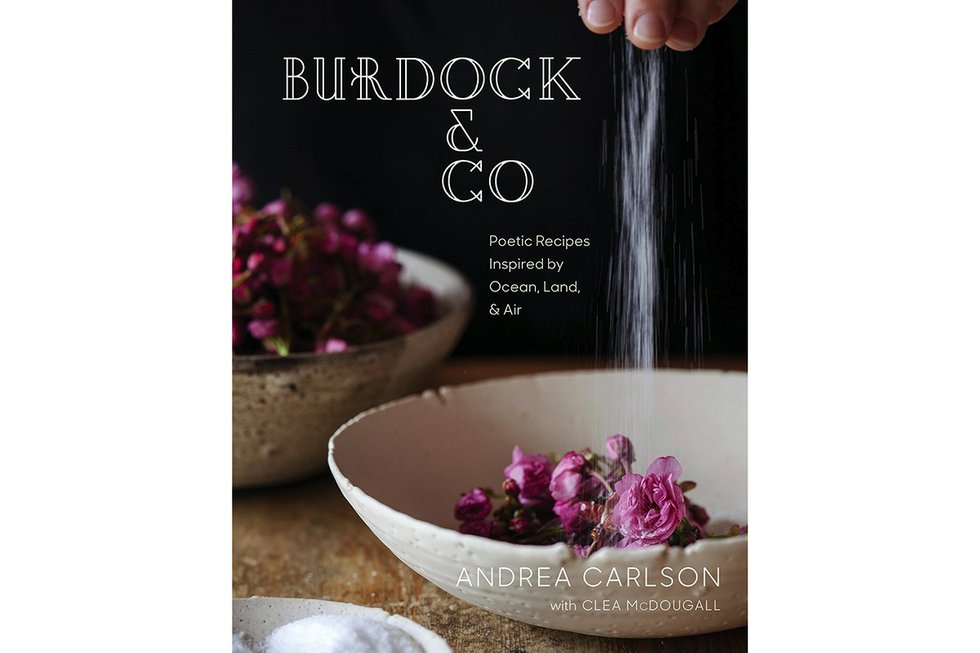 Andrea Carlson, chef at this Vancouver-based locavore spot (not to be confused with the Bloor West brewery), enshrines her multi-layered dishes, made with seasonal and foraged ingredients, in this impressive tome. Recipes are grouped thematically not by ingredient, but by the element that drives the dish (“the ocean” for seafood-forward dishes, “the air” for fermentation), and interspersed with profiles of sustainable farmers and foragers, plus airy, serene food photography. Ideal for the ambitious home chef willing to top a sea bream crudo with homemade tuberous begonia ice. NM 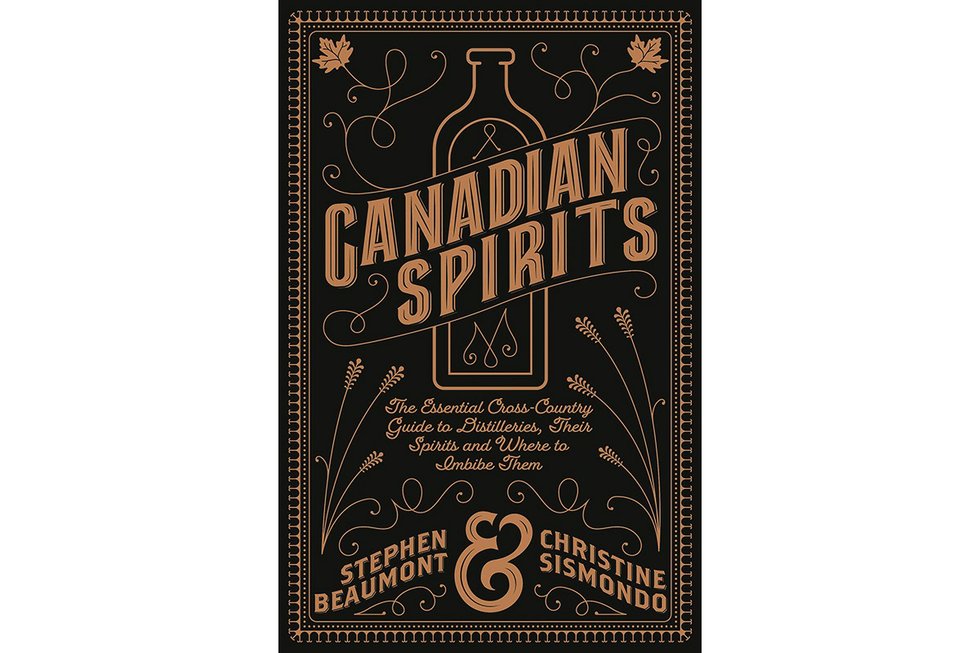 CANADIAN SPIRITS: The Essential Cross-Country Guide To Distilleries, Their Spirits, And Where To Imbibe Them by Stephen Beaumont & Christine Sismondo

In a time when more and more of us are opting for locally made quality drinks, craft distilling is in many ways a very new industry in Canada. Fortunately, Toronto-based drinks writers Stephen Beaumont and Christine Sismondo are here to guide you through the boom. This sharply designed book is the essential resource to Canada’s craft distillers, offering a rundown of each producer that includes tasting notes on their offerings, where to find their spirits and what to expect when you visit. RL 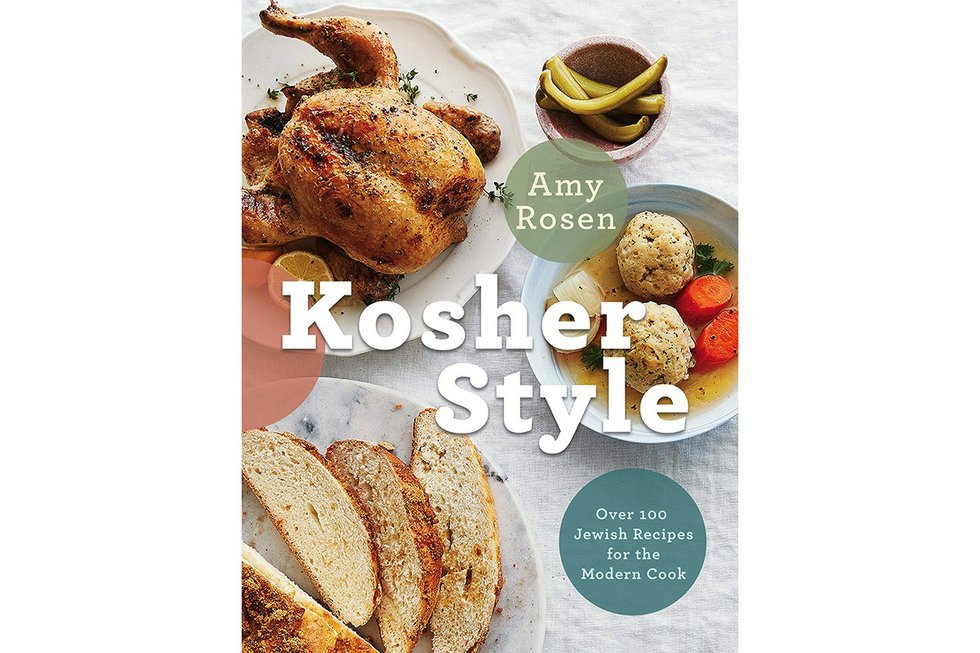 From Amy Rosen, the culinary mastermind behind the Toronto Cooks and Toronto Eats cookbooks (plus a thriving cinnamon bun empire) comes this exploration of Jewish food, past and present. Rosen collects the specialties of countless bubbes for future posterity, walking us through basic staples like bialys and gefiltefish, while still offering a few of her own original tweaks – think maple-soy brisket or almond-apricot rugelach. Everything comes clearly labelled as dairy, meat or pareve. Bonus: there’s even a recipe for a pecan version of her famous buns. NM 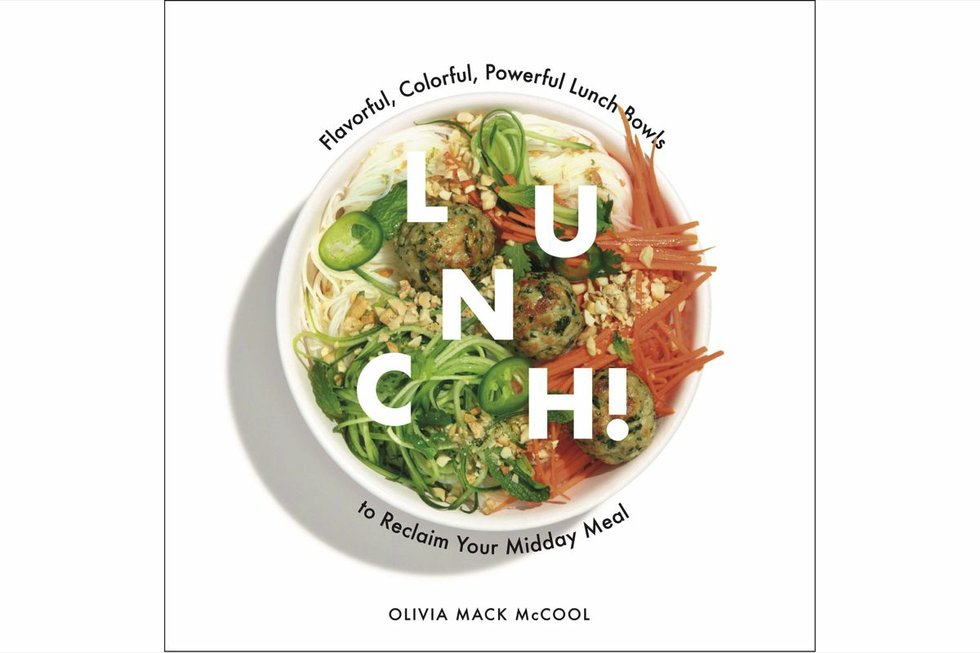 Despite my lifelong enjoyment of cooking, I have long believed that desk lunches just taste better when you pay someone else to make ’em for you. But this cookbook, from a food stylist who’s worked for the likes of Bon Appétit, might be enough to get me to dust off the Tupperware. Organized into 10 week-by-week guides stocked with healthy, superfood-packed recipes, Lunch! also comes complete with shopping lists, ideas for prep and batch-cooking and handy tips on how to package your meals so they don’t get all soggy by noon. NM 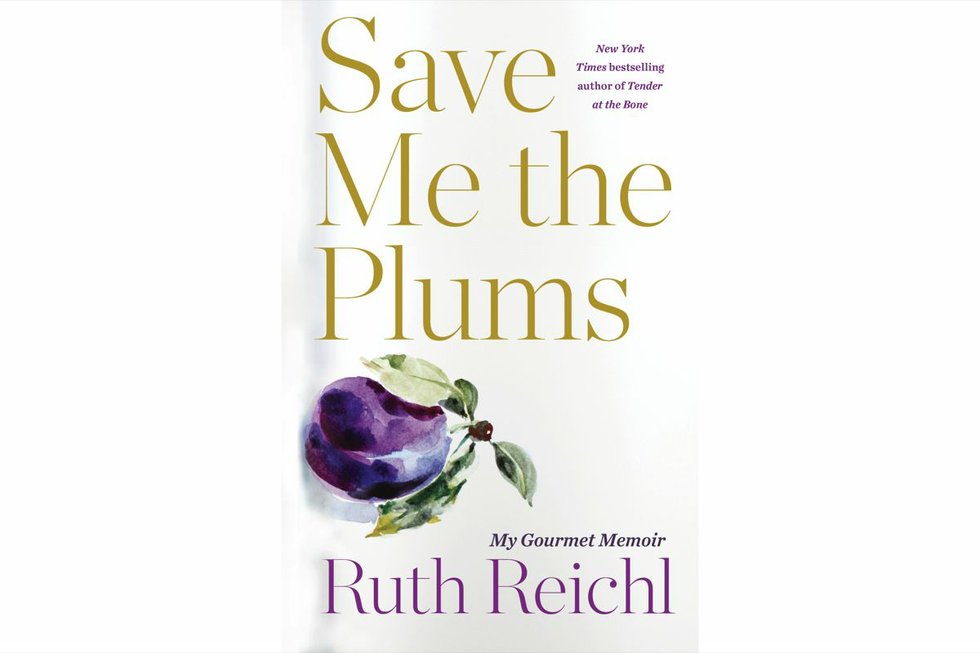 SAVE ME THE PLUMS by Ruth Reichl

Ruth Reichl, one of the world’s most respected food writers, took the helm of Condé Nast’s posh Gourmet Magazine in 1999 and set about shaking up the staid publication while navigating a rarefied new world of private drivers, expense accounts and trips to Paris. Save Me The Plums, which recounts her Gourmet years before the mag (like so many others) fell victim to the recession of the late 2000s, is equal parts mouth-watering food writing and dishy chronicle of a bygone era of luxury media. NM