Toronto restaurants that opened and closed this week: October 20-26

A Queen West takeout icon closes, BB's Diner has a new business in Parkdale and Konjiki Ramen opens in Yorkdale 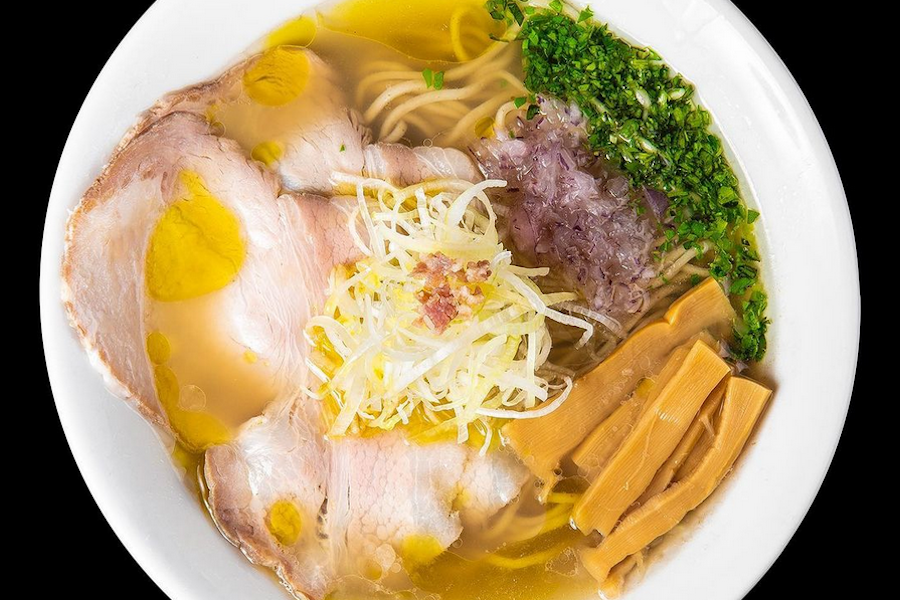 It’s a big week for Toronto restaurants and bars. As of Monday, the province lifted capacity restrictions on businesses where vaccination certificates are required, meaning no more physical distancing is required.

However, many places are either easing back into full capacity or have even changed things up entirely since the pandemic, so don’t assume you’ll get that hard-to-get reso because the rules just changed.

In the meantime, the usual ebb and flow of restaurant openings and closings continues with the big closing news being the end of Queen West takeout stalwart New York Subs and Burritos.

Elsewhere in the city, big Japanese franchises are opening new locations in Toronto, concepty online baking businesses that popped up during COVID are opening storefronts and a new entertainment and food complex is setting up shop in Parkdale.

Here are the Toronto restaurants that opened and close for the week of October 14-26.

Long-time Queen West takeout staple New York Subs and Burritos has permanently closed. A note in the window says the closure is due to the pandemic and the sale of the building.

Graphic designer and regular customer Gilbert Li posted the news on Instagram, writing “they’re well loved for their Indian styled take on sub sandwiches and burritos that had nothing to do with NYC… my usual order has been the jumbo grilled lamb burrito for 20 years. The char they got on the meat was amazing. Meanwhile the mix of spices, sauces, potatoes and veggies combined to make the most delicious filling a wrap could ever dream of. “

Roncesvalles coffee shop Lit Espresso Bar shut down for good on October 23 after 13 years in Business. “We’ve fought the hard fight through the last nineteen months of the pandemic, but the time has now come to move on to new adventures,” reads a statement on Instagram.

On the other side of town, Rosy Kitchen is closing. The Danforth East Martimes-influenced comfort food and smash burger spot opened in the past year. “We’re not sure yet where to take it from here, but stay tuned, we may pop up again somewhere soon,” owner Tanya Arnold wrote on Instagram.

The late-night cookie delivery business serving the east end now has a brick-and-mortar location in case you prefer to leave your home to pick up your 2 am cravings (delivery is still available). Midnight Cookies has taken up space inside the East York food hall that is also home to Conspiracy Pizza and Churnt Up.

Justin Bella, owner of Filipino brunch spot BB’s Diner, has taken over the Shop under Parts & Labour and rebranded it Sari Not Sari. Expect art, comedy, dance parties and Filipino fam jams, plus rotisserie chicken and the return of BB’s brunch. It’s all part of a new food and entertainment complex in Parkdale with upstairs club AMPM called Tiger City Mall (read more on that in NOW next week).

Union Station has announced that Kyoto Japan-based coffee brand % Arabica is opening its first Canadian location inside the city’s primary transit hub. The location will open in the Bay Street Promenade in 2022.

Sometimes you really need to spell it out for people – in doughnuts. The letter-based custom pastry business Letterbox Doughnuts now has a storefront operation in Chinatown.

This Nepalese joint opened on the Danforth last month, serving up popular regional dishes. Try the creamy, tangy Potato Chukuni and the Chicken Choila, a dry dish harbouring a diversity of spices and aromas. And for those looking for hearty servings of curry and naan that doesn’t over do it with the grease, dig into the Durbar Lamb Jhol.

Pakistani street food restaurant Chachu has reopened in a new location after temporarily closing in June when its previous building sold. Sample the paratha rolls at the new spot near Don Mills and York Mills.