Toronto Pillars: Come as You Are is the city’s most inclusive sex shop

After a decade online, the long-running ethical, feminist sex co-op has a new shop in Kensington Market 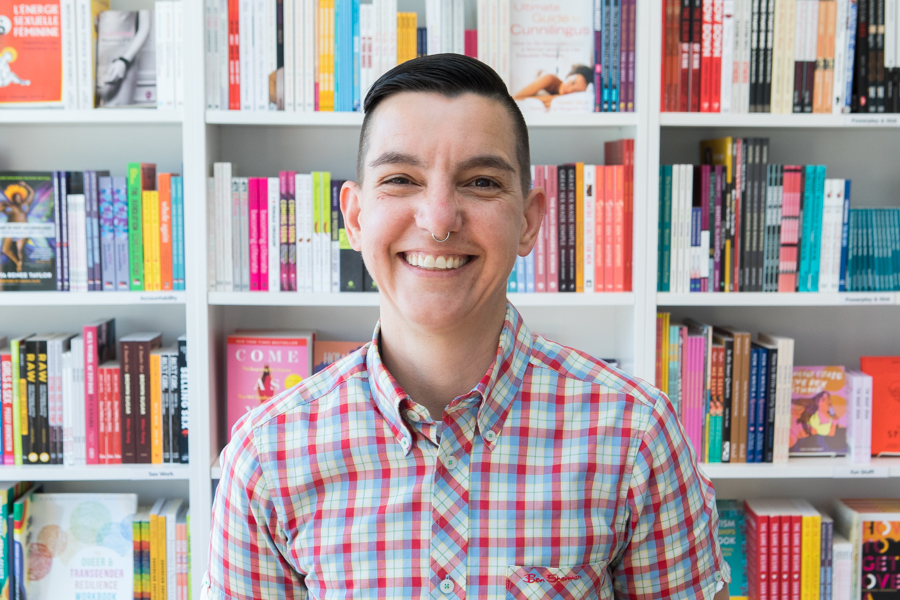 Come as You Are worker/owner Jack Lamon

Toronto Pillars is NOW’s new series profiling longstanding legacy businesses that make the city what it is. Have a suggestion? Email me (select Life from the drop-down).

Come as You Are is bucking a Toronto retail trend: it’s actually opened a shop during the COVID-19 pandemic.

The long-running co-op sex shop has been online-only since 2016, but reopened as a brick-and-mortar in Kensington Market late last year.

And now that “non-essential” retail has reopened in Ontario, the city’s only ethical, feminist, queer-friendly, worker-owned co-op sex shop is welcoming its community back in for the first time since 2016 – even if only two people at a time, for now. Eventually, they plan to throw a grand reopening.

“Kensington feels like where we should have always been,” says Jack Lamon, Come as You Are’s most senior owner/worker of the new shop at 254 Augusta. “It’s really neighbourhoody [and] it’s been really resistant to gentrification. It feels like what Toronto was 20 or 30 years ago.”

Come as You Are’s many lives

Lamon, who is functionally the owner of Come As Your Are, came onboard 20 years ago in 2001. But the store started a few years before that, in 1997 (hence the Nirvana-punning name). It’s had multiple lives – or, as Lamon likes to put it in America’s Next Top Model terms, cycles.

The original incarnation came about amidst a burgeoning sex-positive movement centred around the influential Good Vibrations in San Francisco, which had an educational program to help people open feminist sex co-ops of their own. The three original founders – sex educator Cory Silverberg, Aslan Leather founder Carey Gray, and feminist journalist Sandra Haar – came together to fill a hole in the city’s sex culture.

“There were no feminist sex shops in the city at the time,” says Lamon. “What that meant was that you had a lot of the old-school sex shops that traded on shame and titillation to sell products that weren’t very good, were often toxic and often quite hazardous to people’s health. In 1997, you couldn’t get a decent sex toy in the city, and that was so shameful because there were all of these great indie manufacturers making really good quality products.”

Come As You Are opened first around Queen and Bathurst, then moved slightly east towards Spadina where it stood for about five years. It once fit right in on Queen West, but rising rents and rapid gentrification changed the character of the street and made things tough for an anti-capitalist co-op that aimed more to foster community rather than sell out of inventory. So they closed up shop in 2016 and went online only.

Sex sells, even during a pandemic

Usually when you hear an independent business has closed their doors and shifts online, it’s only a matter of time before they quietly let their hosting expire. But not Come As Your Are.

There are a few reasons why they’ve thrived online. They’ve been selling from their website since 1998, long before that was the standard for retail. Somewhere between 30 and 50 per cent of their sales have always come from online. Lamon says half of their customers are outside Toronto and always have been. And, as friendly as Come As You Are is to walk in off the street, some people are just shy. For those people, the site is filled with information.

“We drill down deep into the data,” says Lamon. For toys and products, there are size and width, sound ratings, vibration ratings, explicitness ratings. You can ask questions via email or Instagram. And sex hasn’t gone away during the pandemic – their online sales have actually increased.

“But there is still something to be said for being able to touch something and turn it on and see how it feels in your hand,” Lamon says.

Come as You Are is bright and welcoming, an antidote to the sleaziness of many sex shops in the city.

The opposite of a sleazy sex shop

“We like people to be able to explore the space with consent. We don’t want to throw anything in anyone’s face when they walk in the door,” says Lamon. “And yes, we’re a sex shop, but we’re not here to turn anyone on. When you think of the traditional sleazy sex shop, it’s this hypersexual experience, and we’re actually the opposite. We try to make sexual products less loaded and less sexual, partially to make them less threatening, but also so that people can explore the products in a neutral environment where they can apply the context.”

“We’ve always approached people’s sexuality as being highly individualistic,” Lamon says. “When I hear about training that happens in other sex shops, it’ll be like ‘okay, here’s what you do if a gay man walks in, here’s what you say to him.’ And for us, it’s like, no, a person walks in. What are you looking for? What have you had in the past? What’s your desire? What are your needs and wants? We’re really trying to meet people where they are rather than projecting some idea of what we think their sexuality should be or is supposed to be.”

“You know, look at me,” he continues. “I’m a trans guy. Everything about me is weird. My gender is weird, my sexuality is weird, I’m left-handed. I would never have the gall to think that your experience of sexuality or gender would be anything like mine.”

For instance, knowing only that someone has a disability isn’t helpful, he says, because there’s no one sex toy or product for people with disabilities. It’s all geared towards the person. CAYA isn’t even particularly focused on sales. They’ll happily refer you to another service or person or even sex shop, and just hopes to guide you as best as they can.

Work by artist Fiona Smyth, famous for the Sneaky Dee’s sign, adorns the walls (top) at the new Come as You Are store.

The future of Come as You Are

When I ask Lamon why the co-op model works particularly well for sex shops, he laughs and says it might actually not be. But it does allow the business to continue even if the people behind it change, as it has with him taking over for the original founders.

“And in terms of our long-term goals, it’s actually to open more stores,” he says. “Then I would like to step back from this shop and have the people who are working here take it over. Then we could have a network of ideologically connected stores, not just here but in places like Hamilton and Peterborough.”

“This is a really special place. It has a really unique history and personality and I think it’s important to keep it alive. So I want to keep it going, to usher it forward to future generations and just make sure it continues to exist.”