It was a dark and stormy night, which is why the Secret City Adventure staff handed out plastic ponchos to anyone without an umbrella. After a wildly successful run of games at Casa Loma, the escape room studio was asked to bring their dark magic to Black Creek Pioneer Village.

“It’s madness creating an escape room around here,” says Kevin Parnell, designer for Secret City Adventure. “We wanted to fill it with puzzles. It’s a village.”

Starting now until Halloween weekend, Black Creek invites guests to take on Where Dark Things Dwell, an occult-themed, multi-locational puzzle game where players must not only escape a room, but an entire town. A group of dark arts practitioners have ensnared Black Creek in a dreadful curse, terrorizing its citizens and trapping unbeknownst souls. In order to break the curse, teams must travel from building to building throughout the night, solving logic puzzles and brain benders to discover the magic words that will wipe away the evil.

A few years ago, I was told by Matt Silver, co-founder of the site ESC Room Addict, that there are approximately 250 escape rooms in the GTA. As adults in the city continue to seek out novel and nostalgic forms of entertainment, Black Creek Pioneer Village invested in a night program to expand operations.

In recent years, the village opened a brewery to bottle historic ales, the sort villagers might have drank back in the 1800s. Before the events formally begin, attendees are welcome to try a can in a drinking area. There’s also axe throwing and a quick ghost tour, courtesy of Haunted Walks. The tour guide mentioned that last year’s successful ghost walks were part of what inspired Black Creek to get bigger and creepier in 2017. 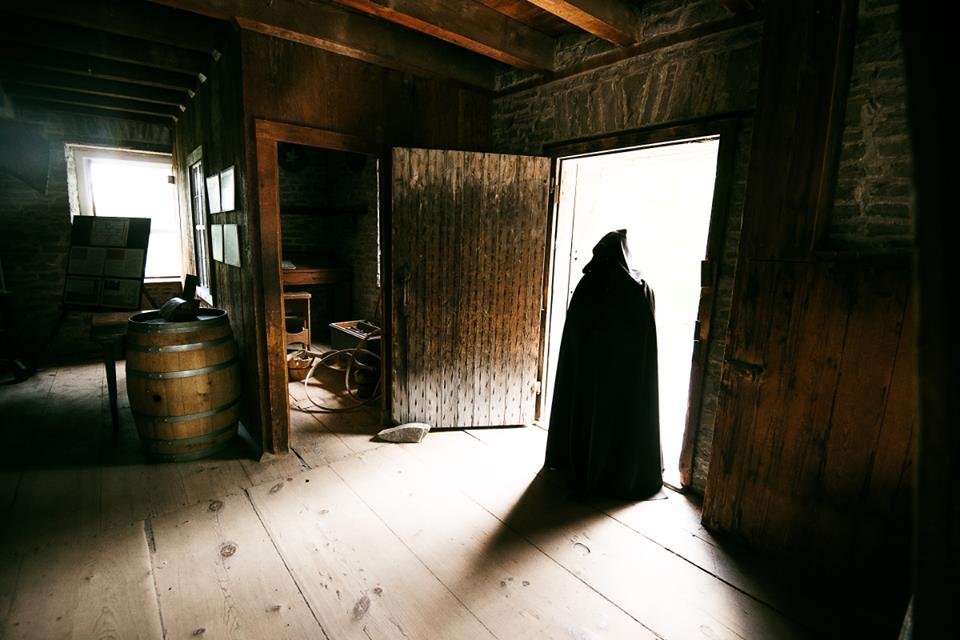 With more arm space than the usual, single-chamber escape room, and surrounded by the shroud of night and shrubs of North York, it’s easier to bite into the atmosphere. Each team will hit up two houses in the village. (There are 10 in total, in case you feel like a repeat visit to the village of the damned.)

Cult members wander the grounds in cloaks and masks, stalking and lurking on the paths and in the windows to keep you spooked while you try to stay focused. I took up the habit of trying to ward them off with the strobe setting on my Coleman lantern, of which each team gets three. It worked on some, but as the night went on, the cult members seemed to build up an immunity to the light show.

With such an open space to explore and navigate, Where Dark Things Dwell feels more similar to the 90s PC point-and-click adventure games than your average escape room, a feeling I’m sure many escape room fans have sought to recreate in the real world. “We always talk about Myst,” says Parnell. “Every escape room designer has at one point or another.”