Gladstone Hotel sold to developers that own Broadview Hotel 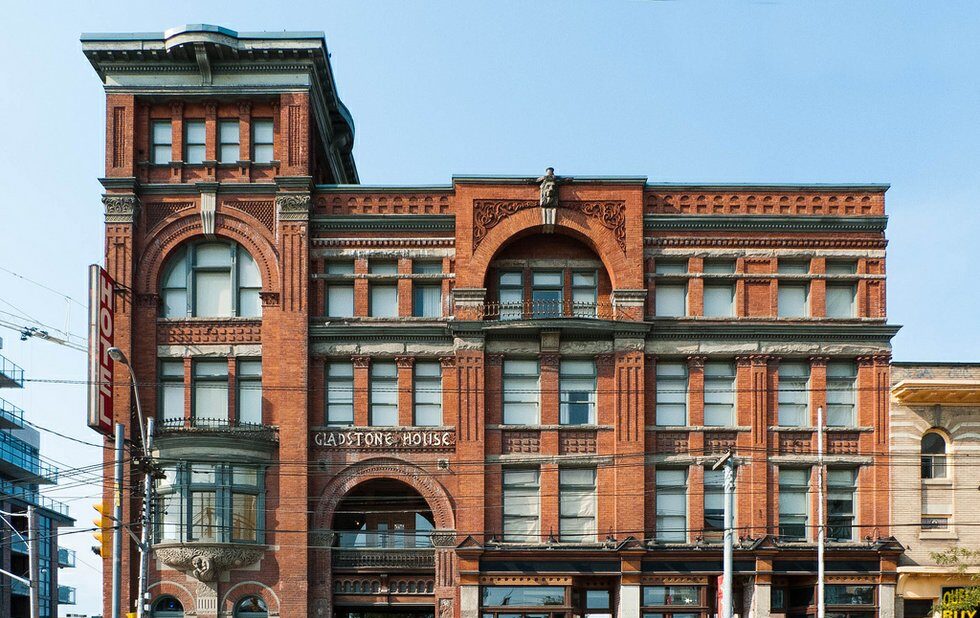 The Gladstone Hotel has been sold to the developers that own the Broadview Hotel.

Streetcar Developments and Dream Unlimited acquired the 131-year-old Queen West hotel for an undisclosed sum from the Zeidler family.

“The decision to sell the hotel is a personal one,” Christina Zeidler said in a statement. “I looked for someone with the vision to carry on the legacy of the Gladstone Hotel – someone who understands the historic significance but also its cultural significance. It took a long time to build the culture around the Gladstone. The commitment to continue to grow this vision is a dream come true.”

Zeidler, who plans to move on to creative projects, has run the hotel since it underwent major renovations and rebranded as a boutique hotel and nightspot in 2005. It hosts numerous arts and cultural events and parties, including the annual alternative design festival Come Up To My Room and queer events like the popular weekly Drag Brunch with Miss Moço.

In an email to NOW, Zeidler said the sale price is private and confirmed there would be no changes to programming.

“All of our staff and programming will remain in place,” she said. “The Gladstone will still be The Gladstone, which is really fantastic news. As for our cultural programming, all of it is staying.”

In 2011, Zeidler revamped the Melody Bar, which struggled to attract regular customers as increasingly upmarket restaurants and night-spots started popping up on West Queen West. Three years ago, the hotel announced executive chef Joshna Maharaj would transform the kitchen into a hub for food activism.

Streetcar and Dream Unlimited, which will take ownership later this month, have not spelled out future plans for the hotel. In a news release announcing the sale, the companies highlighted their track record of operating cultural spaces like the east end arts hub Streetcar Crowsnest, the Distillery District and the Broadview Hotel, which Streetcar renovated and reopened as a luxury hotel in 2017.

“We look forward to amplifying the hotel’s offerings with our refreshed vision, enhancing the current building while ensuring the property remains a staple within the community,” Streetcar founder and president Les Mallins said in a statement.

The companies say they will be “stewards to the Gladstone Hotel, while ensuring it is a cultural destination for many years to come.”

Crescent Hotels & Resorts, which oversees the Broadview, will manage the Gladstone as well.

Reps for Streetcar and Dream did not respond to requests for further comment as of press time.

“Really it is the best possible scenario,” added Zeidler, “not just for the building but for the staff and patrons who love this property and the culture around it. I have personally known the Streetcar team for years, as neighbours to the Gladstone, but also, significantly, as city builders.”

This story was updated on March 5 to include additional comments by Christina Zeidler.