How self-test kits could democratize HIV testing in Canada

Vancouver-based researchers are sending 15,000 free home test kits to men across the country 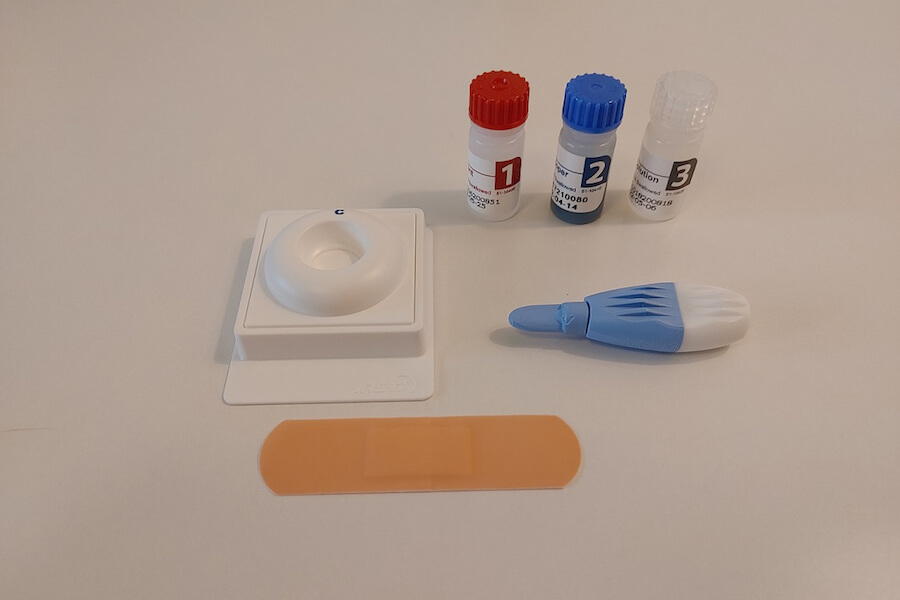 Checking your HIV status is now as simple as pricking your finger with a home self-test kit – assuming you can afford to buy one.

Last fall, Health Canada approved HIV self-test kits made by Richmond, BC-based company bioLytical, but a single kit costs $34.95 and two are $54.95 – plus shipping that can run up to $20.

“That’s quite a lot of money for people who are facing financial challenges, especially during the pandemic,” says Nathan Lachowsky, a University of Victoria professor and research director at Vancouver’s Community-Based Research Centre.

To make the tests accessible to more people and study uptake, the CBRC, in partnership with REACH Nexus at Toronto’s St. Michael’s Hospital, is sending out 15,000 rapid self-test kits for free to gay, bi, trans, Two-Spirit and queer men (GBT2Q) and non-binary people who participate in the organization’s annual Sex Now survey.

The goal is to “democratize access to testing across the country,” he says.

This year’s Sex Now survey will gauge how the rapid-test kits could help reduce barriers to seeking care among marginalized and lower-income groups that have existed long before COVID, namely stigma and discrimination in the health-care system.

Lachowsky also hopes to find out who is interested in receiving the kits and how effective the tests are at linking undiagnosed people with health-care, harm reduction and other supports. The data could also contribute to advocacy efforts to get the rapid-test kits covered under provincial health-care plans.

“In Canada there’s a culture of people not paying for health care as much,” says Lachowsky, adding geographic and social barriers continue to stop people from seeking traditional testing. “If you’re urban-based, there are a lot of testing options but for folks who live in the suburbs or even outside of the core of major cities, there can still be barriers. There’s still the need to travel.”

BioLytical data shows the test is 99 per cent accurate compared with lab testing, but a “reactive” – or positive – result is not considered an official diagnosis until it is lab confirmed.

The CBRC study is the latest to examine interest in the HIV self-tests. REACH Nexus is also giving out 50,000 self-test kits as part of the national research project I’m Ready, in addition to heading up clinical trials to get a second HIV self-test that can be conducted with blood or oral fluid approved in Canada.

The GetAKit program in Ottawa is providing free kits in that region as well.

To access the CBRC’s free kits, participants must fill out an eligibility screener and complete the survey. They can request up to three kits, which will be shipped to their homes. The package comes with instructions, but CBRC is also making peer support workers available via text, phone and email to help the self-testers troubleshoot and connect with follow-up clinical testing for an official diagnosis if the home test comes back positive.

There are a few reasons why the free test kits are being sent to men who have sex with men.

In 2018, the Public Health Agency of Canada found that 49.5 per cent of new HIV infections across Canada were among gay, bisexual and other men who have sex with men.

There are 63,000 Canadians living with HIV and the estimated number of HIV-positive people the Canadian health-care system fails to reach is around 18,700, the largest number of whom (8,300) are undiagnosed. The agency also notes that an internet survey had found less than two thirds of Canadian gay, bisexual and other men who have sex with men had been tested within a previous year.

On the bright side, gay men tend to be early adopters of new technology, Lachowsky says, whether it’s dating apps or PreP, a medication used to prevent spread of HIV. He says there is also a lot of community altruism, so participants are encouraged to share the test kits within their networks.

Telehealth has now become a normal part of health-care during COVID, but it’s not always the most ideal means for accessing sexual health services.

“There is sensitivity around talking about gay sexuality, or sexuality in general, depending on your living situation,” says Lachowsky. “You may not feel you have the space to have that kind of appointment with a provider.”

The COVID-19 pandemic has not only diverted public health resources away from other areas, including the country’s HIV response, but has increased barriers for people to get tested at clinics.

CBRC’s 2020 Sex Now survey found half of GBT2Q men in Canada delayed or skipped getting tested for sexually transmitted infections during the first six months of the pandemic. Fifty-five per cent said clinics were closed or unavailable due to COVID-19 and 39 per cent felt visiting a clinic during the pandemic was too risky.

The results of a BC Centre for Disease Control study were similar, with over half of respondents saying they did not seek out sexual health services, citing clinic closures, a fear of catching COVID and public health messaging urging people to stay home.

In Toronto, public health shut down almost all sexual health clinics last March and redeployed staff to deal with the pandemic.

After reducing hours during the first wave last spring, Toronto’s Hassle Free Clinic is now open 10 am to 3 pm Monday through Friday by appointment only, and also hosts self-testing STI clinics in the evenings. Director Jane Greer says the clinic is now operating at 40 per cent of pre-pandemic levels.

The reduction in hours means Hassle Free is triaging patients by referring people with health cards to family doctors, and prioritizing people with STI symptoms over those who are worried about exposure but are not symptomatic.

“Part of our social responsibility is to keep people out of the ERs,” she says. “We don’t want somebody to go there for syphilis treatment because they don’t have capacity. Ontario is a disaster.”

While the HIV self-tests could become more widely available for free in Toronto outside research contexts (via similar projects to GetAKit), Greer says the priority is to get the kits to people outside the city, particularly where rapid point-of-care testing is not available.

“We’re really hoping these self-tests get wide distribution in rural communities where they don’t have a lot of access to testing, and maybe not anonymous testing,” she says. “All options for testing are good options. Rapid testing is not widely available throughout the country.”

When public health resources are stretched during a crisis like COVID-19, widely available home test kits would be a way to free up system capacity in terms of routine testing.

“I certainly think there’s a place for these test kits to be provided by the public,” says Lachowsky. “There’s a direct benefit to patients in terms of their health-care and there’s also a public health benefit. I absolutely think there’s a good argument in terms of why these would be important to be publicly funded.”