The west-end neighbourhood's landscape is changing 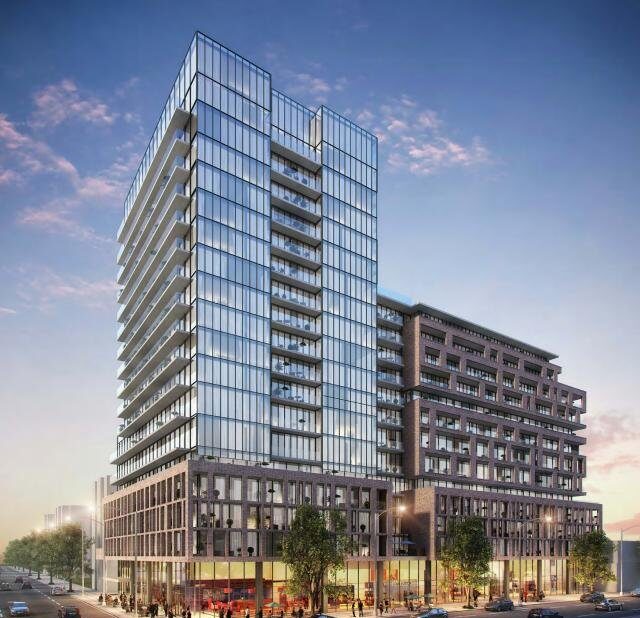 In Parkdale, rooming houses are being converted into million-dollar single-family homes. A trendy vegan diner by acclaimed chef Doug McNish is set to open next month as a beloved Tibetan restaurant struggles to find a new home in the neighbourhood. Across the street from the non-profit Parkdale Activity-Recreation Centre, automaker Lincoln threw a bash at Parts and Labour where attendees could test drive the latest luxury rides down Queen West in September.

At a November 14 Toronto and East York community council meeting, the decision to green-light the condo development followed more than an hour of impassioned deputations from local community organizers and residents imploring councillors to reject a final staff report supporting the development.

Parkdale is one of the last neighbourhoods in downtown Toronto with affordable rent. It’s also home to numerous resources – like PARC, the Parkdale Legal Clinic and the Parkdale Community Health Centre – that are imperative to the area’s most vulnerable residents.

Liam Barrington-Bush, one of residents who spoke at the meeting, argues in an op-ed in last week’s issue that the development represents the tipping point for Parkdale. And although organizations like Parkdale Organize!, the Parkdale Neighbourhood Land Trust and the Parkdale People’s Economy Project fight to keep the area’s inclusive spirit alive, in this case, the developer beat out the community.

Mercedes Sharpe Zayas of the Parkdale People’s Economy worries that the King and Dufferin condos set a new precedent in Parkdale for development that’s unaffordable and inaccessible to current residents. Indeed, these developments could usher in a new era of city building, a future that doomsayer Parkdalians believe could resemble Liberty Village. Yet judging by the number of applications for new luxury units currently slated for the neighbourhood – 1,370 including the new King and Dufferin condos – the landscape of Parkdale is already changing.

Here, we break down every upcoming and proposed condo development for Parkdale.

Lifetime Developments at King and Dufferin

Number of storeys: 17-storey and 14-storey mixed-use buildings with commercial space on the main floors

Status: Recently got the go-ahead from the Toronto and East York community council

What the community thinks: Judging by the “Not in our lifetime!” chant that erupted during the council meeting, the hundreds of residents who signed a petition to stop the developer and the number of emotional deputations, this development is largely opposed by the community.

Any plusses? Local councillor Gord Perks managed to secure 2.1 million for the neighbourhood through Section 37 benefits. He says some of that money will go toward expanding park land, but he plans to spend the majority buying rooming houses that are under threat. 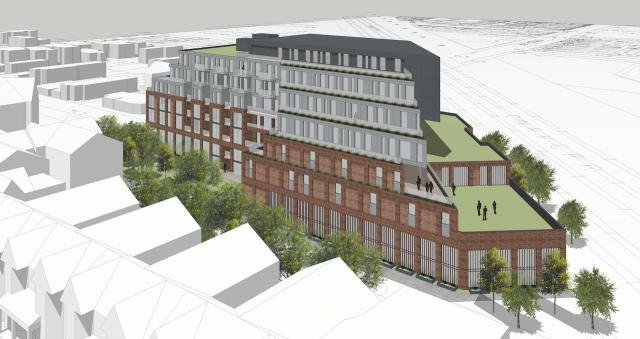 Block Developments at Brock and Queen

Location: 57-65 Brock, home to a big parking lot and The Beer Store

Number of storeys: Seven, with a mix of two-level units and townhomes

Status: In response to city staff’s concerns about the size of the proposal, Block Developments and the architect RAW Design revised the plan. Since then, staff has approved the latest plan and will support the project at an OMB hearing that begins November 27.

What the community thinks: Sharpe Zayas says some residents were originally concerned the project lacked any street-facing green space, which has been revised in the current proposal. Residents were also worried there wasn’t any front-facing commercial space, especially since the site is zoned as an employment area. She notes that across the city, employment areas are continually being re-zoned into residential areas for condo developments.

Any plusses? The revised plan includes a 331-square-metre public park, which is 10 per cent of the total site. There are also 19 family-friendly three-bedroom units.

A rendering of the proposed condos for 390 to 444 Dufferin by developer Dufferin Residences LP.

Location: 390 to 444 Dufferin, the site of warehouse homes for artists and local businesses

Number of units: 421 across the three buildings. Zero affordable

Status: In 2015, the OMB approved the original developer SiteLine Group’s rezoning application. The new developer, Dufferin Residences LP, has submitted this new proposal to city staff, who are currently reviewing it.

What the community thinks: Residents worry about the loss of affordable industrial and semi-industrial commercial spaces. This past week, the current tenants received eviction notices.

Any plusses? Through Section 37 benefits, the city has secured at least 5,500 square metres of below-market commercial rent to establish a “small business incubator centre,” which means the ubiquitous chain stores that usually occupy condo main floors will be absent in at least one of the buildings. 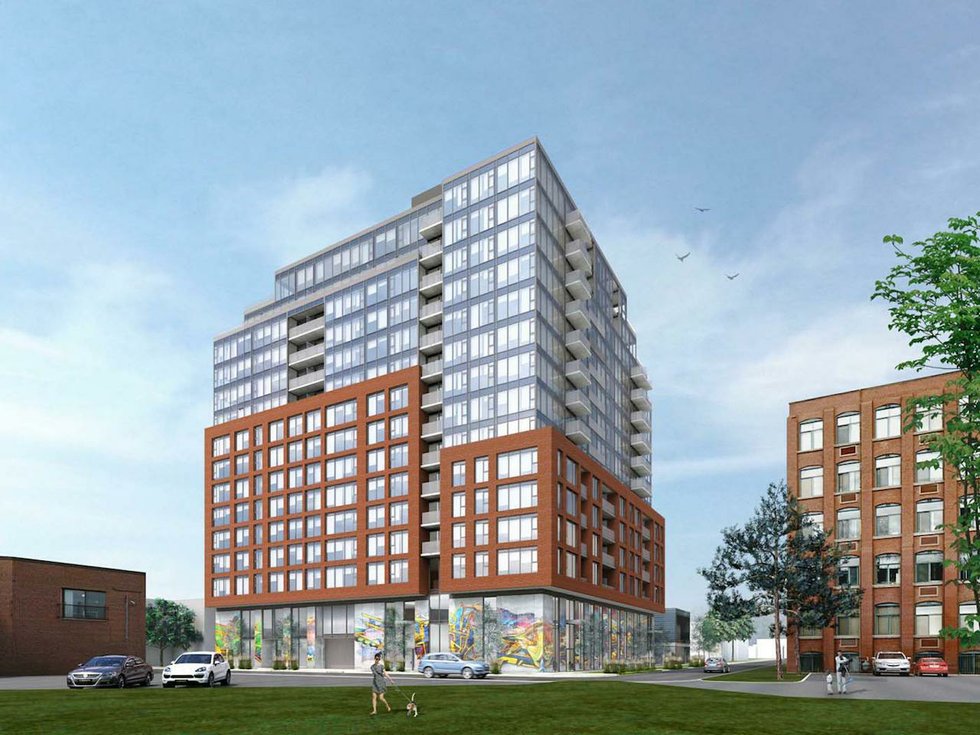 A rendering of the 14-storey project proposed for Queen and Noble.

Location: 6 Noble, the site of a single-storey commercial building that’s home to the Pia Bouman School for Ballet and Creative Movement

Status: Last April, city staff released a preliminary report stating that as the project proposal stands, it is not supportable by planning staff. The proposed 14 storeys are more than double the tallest building in the near vicinity. A pre-hearing OMB meeting is scheduled for December, where city staff will oppose the project as it stands.

What the community thinks: At a public meeting in June 2016, residents complained the condo would overcrowd the streets with traffic and were concerned about the high prices of the units. Perks has said that it’s too tall for the neighbourhood.

Any plusses? The current plan calls for a mix of two- and three-bedroom units, ideal for families, and also a 1,050-square-metre performing arts studio for the Pia Bouman ballet school. (Dermot Sweeny, the man heading the project, raised his family in Parkdale and his children took dance lessons at the school.) 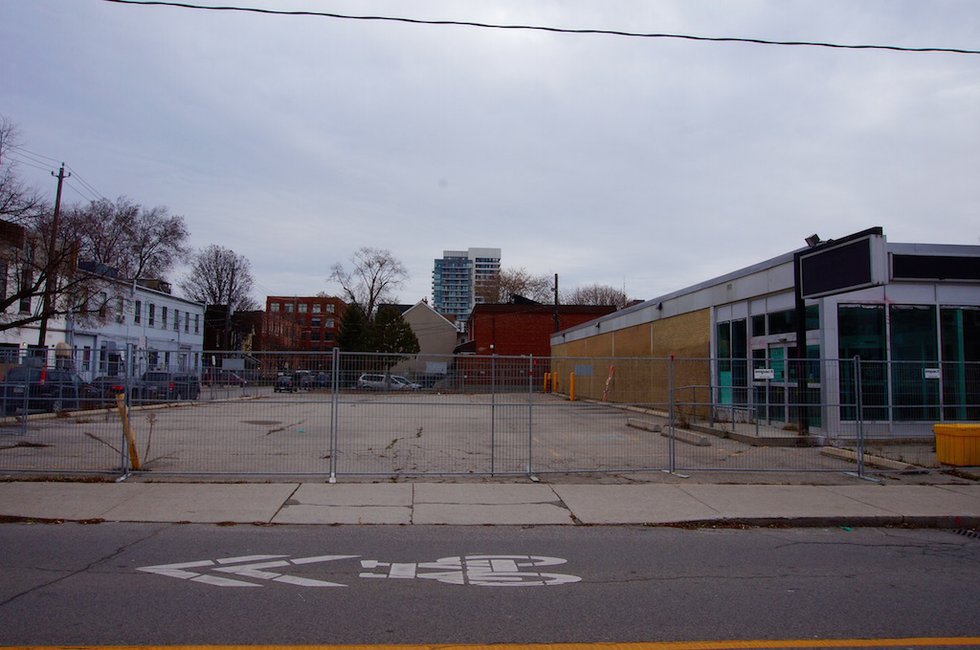 The current site of 11 Brock.

TO BE DECIDED development at Brock and Queen

Location: 11 Brock, the former site of the LCBO

Status: Perks says the city hopes to buy the property from the province and transform it into a four-storey building of affordable and supportive housing.

What the community thinks: In February, the Parkdale Neighbourhood Land Trust held a public meeting to hear what kind of housing residents would like to see on the site. Residents said they’d like the development to be operated by a non-profit or co-op, offer a range of affordable rents to ensure a diverse community, as well as a range of unit sizes to accommodate families. They also said it should contain community-minded facilities like affordable childcare.