Toronto realtors are selling through the pandemic

Drive-by appraisals, virtual home tours and safety disclaimers – a group of real estate experts tell us how they are coping with the new housing market 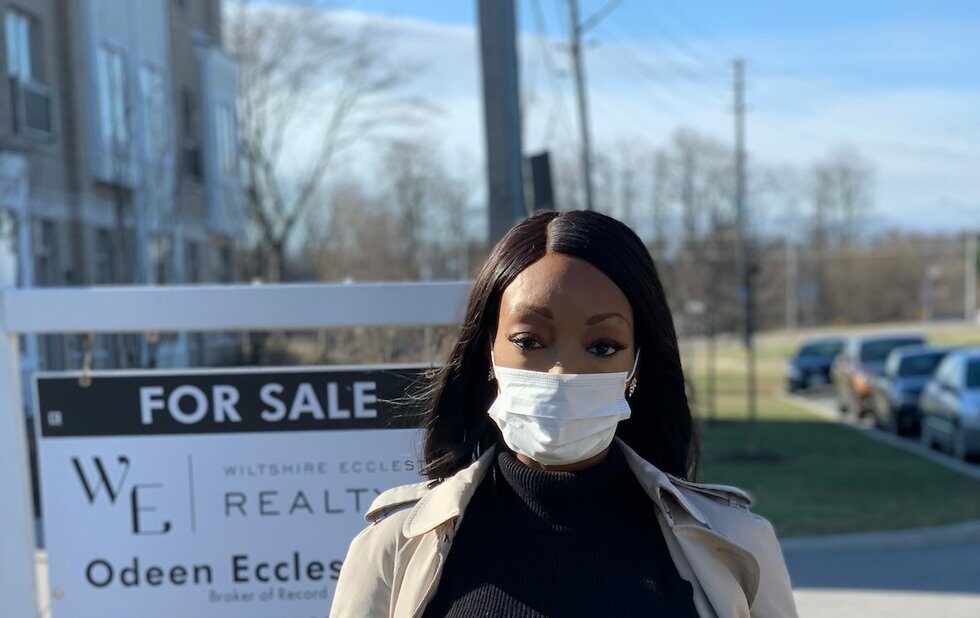 Two months ago, Toronto real estate agents and mortgage brokers were expecting a red-hot market, predicting that home sales and prices would surge back to 2017 heights.

Then the COVID-19 pandemic hit, leading to closures, layoffs and an economic downturn – and making two months feel more like two years ago.

“It’s like throwing sand on the fire,” says Meray Mansour, a Toronto-based realtor with Re/Max Hallmark Realty. Mansour spoke to NOW about the uncertain real estate market ahead alongside Odeen Eccleston, a broker with WE Realty and expert on HGTV Canada’s Hot Market, and Stephen Parks, a mortgage broker with RedPath Financial.

All three agree that the Toronto housing market is at a precipice. The gravity of the COVID-19 pandemic is sinking in as new measures are introduced and insecurity is taking hold among buyers, sellers and the industry as a whole. Realtors are bracing for a worst-case scenario while hoping for the best.

“We just don’t know,” says Mansour. “This is not something we’ve experienced in our lifetime.”

“My default ratio over my career is next to nothing,” says Parks about the mortgages he gets approved. “All bets are off now.”

Banks are allowing some clients to defer mortgage payments so that they don’t default. Even new mortgage deals are going through despite the minor hardships and temporary layoffs borrowers might be facing during COVID-19. But that’s only if the borrowers bouncing back seems likely.

Small business owners who rely on summertime business or perhaps run a travel agency won’t be so lucky, says Parks. And depending on how long the quarantine lasts, more and more people will have to figure out how they’re going to afford their homes.

This could all lead to more houses being listed, while buyers wither away because they also feel insecure about their finances.

“Now you’ve got more supply and less demand,” says Mansour. “That’s where the prices will go down more.”

Our experts point out that, up until this point, the market has yet to suffer consequences such as price drops and stagnant properties from the pandemic. While sales began slowing mid-March, Toronto home prices have been largely unaffected.

According to the Toronto Regional Real Estate Board, an early surge in March gave the GTA 8,012 real estate transactions, a 12.3 per cent boost over the same period in 2019. The average selling price is also up 14.5 per cent from the previous year at $902,680. Eccleston points out that while these figures are an improvement from last year’s low point, they are certainly not what realtors expected in 2020.

“You would think they’re taking a huge heater,” says Parks. “They’re not. I’m seeing prices in certain areas are still really strong. Roncy and the Junction area are still crazy.”

“I sold a property probably about $30,000 less than what I would have sold it for at the time we last spoke [in February],” says Mansour. “In the grand scheme of things, it’s not a huge difference but it is a difference. And [the pricing] also depends on location. I work in predominantly urban neighbourhoods. They tend to keep their value. There’s not as much land and inventory.”

“It’s not like people will get insane deals,” Eccleston adds. “That’s not happening just yet. Things are on pause. A couple of my sellers are nervous that things are going to get worse, so they’re taking what they can get. But it’s still by no means an incredible discount. As opposed to 20 offers, it might be two offers, which is a little bit more of a healthy market – a more levelled market.

“But I can see it getting worse before it gets back to normal.”

“We’ve seen the Bank of Canada move the prime rate down three times,” says Parks, who points that two rate reductions were unscheduled and reactionary announcements, which is unprecedented. After the prime rate dropped to the current 2.45, somehow new mortgage rates went up.

“People are thinking, ‘You know what? Maybe I’ll take $10,000 and put it underneath my pillow just in case,’” says Parks, when asked about how we got to the new rate hike. “People are taking money out of the banks. The bank has less money to lend. Cost of funds at the banks are going up.”

The banks have switched things up. Instead of offering their mortgages at a discount like prime minus 0.75 per cent, they’re offering rates like prime plus 0.10 per cent, with rates hovering higher than when we started battling COVID-19. But the rate remains appealing enough to keep buyers house shopping during the pandemic.

“The good thing is interest rates are still low and there’s really no inventory,” says Mansour. “The [properties] that do come up tend to go quickly. There’s still more demand than supply.”

COVID-19 has created challenges in real estate at pretty much every stage. As of April 3, new constructions have been halted in Ontario while ongoing projects can continue with proper protocols in place. Eccleston has a new build in development, but has to wait on trades that are not running at full capacity – securing a trusted electrician during these times is not easy.

“Where we typically would have a few trades in the home at once, right now it’s a maximum of five people in the home, which would allow for one crew. Everything is a lot slower on the construction side, and that’s fine because safety is our priority.”

When it comes to selling houses, the agents must combine their talents with contracts, hospitality and sanitation.

“Open houses are over,” says Eccleston, who adds the most drastic change the market has seen so far is the process in which houses are sold: virtual tours and then appointments for serious buyers.

“Anybody who steps foot into any of my listings has to sign this disclaimer to look at houses safely: with masks and gloves on. Hand sanitizer is at every corner of each of my listings. Of course, there’s no crowding whatsoever. Two people max at a time. We have to take pretty extreme measures to make sure everybody stays safe and healthy but the homes are still getting exposure.”

If a buyer is interested in a home, Parks points out that they now have to deal with lenders who are working from home, lawyers that want to meet via Zoom and appraisers who can’t inspect a property. Parks explains that banks and other agencies are making concessions to get things done like virtual sign-offs and drive-by appraisals.

Eccleston has clients who bought a pre-construction home that is on schedule to close this summer, meaning they have to sell their current home at a less than ideal time. She also has a client who just purchased a bungalow in Uxbridge as a retirement home. That client is going to hold on to her old home until the time is right to sell. She may convert it into a rental property while carrying two mortgages.

“If somebody’s on the fence about whether or not they should be selling right now, don’t do a panic sale,” says Eccleston. “Let’s just adhere to all the mandated quarantine rules and regulations by staying home. Let’s wait it out and then we’ll sell when there’s a little bit more clarity in terms of what’s happening with the economy at large.”

“I had a few clients that were ready to go, but shit hit the fan,” says Mansour. She is now advising clients who were ready to list their homes in the spring offloading season on how to improve property value while waiting for a better moment. “Instead of just sitting there stagnant, I’m giving them tasks to do with their home. You could learn a lot from YouTube, even if you’re not a handy person.”

“The unknown right now is what’s scary,” Mansour adds. “You don’t know how long it’s going to last. You don’t know if it’s going to get worse here. There’s so many different things that we’re watching and hearing and you don’t know what to focus on. The general consensus is fear. When people are acting from fear, they’re a little bit debilitated. So it’s a bit of a stall right now.”

“I personally believe that everything is on pause,” adds Eccleston. “If we adhere to the rules, hopefully this whole thing will be rectified as soon as possible. And we can then hopefully resume business as usual. That’s only going to happen if we flatten the curve.”

“Let’s just get this over with so we can have a fighting chance at a summer.”