NOW MagazineLifeShh, Im talking to me

Shh, Im talking to me

The other day I had to work outside my home office.[rssbreak]So I was walking along Bloor Street debating where to. 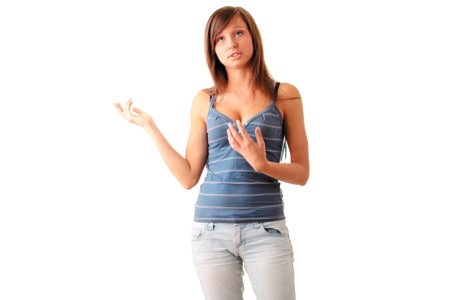 The other day I had to work outside my home office.

So I was walking along Bloor Street debating where to go.

“That’s not a bad idea,” I replied. “I like the Four Seasons, where they serve the little crackers with your cocktail, and it’s probably not too busy.”

“But that’s a bit pricey,” I argued. “Maybe you should just find a coffee shop.”

“Well, I would like something to drink,” I snapped. “It’s been a rough day.”

The guy coming toward me looked slightly alarmed.

I do it all the time. And I wonder sometimes if maybe I shouldn’t be more alarmed myself. Is there a point at which I’m crossing the line into nuts, and where might that be?

“In adults, private speech has gotten a bad rap. That’s because people are thinking of schizophrenics talking out loud or hearing voices. That’s not what we’re talking about. Ninety per cent of adults report talking to themselves fairly often, and they report that it helps them think. Just like kids, adults will do it when they’re stressed or when the task is particularly difficult. If others tell them to be quiet, it messes up their performance. When it’s somebody else’s voice talking that you don’t think is you, that’s psychopathology.”

“When we don’t self-verbalize overtly, it may be because we’re familiar with the things we’re doing. We gave [adults] a complex task to see if it brought out self-speech and we found that it did. When we conducted a questionnaire survey, most people acknowledged that they speak to themselves on some occasions, but in the lab about half actually denied having done it, when in fact every single subject, 100 per cent, did some self-verbalization. They just weren’t aware of it. If you’re hearing voices that aren’t your own, that may be grounds to see a psychiatrist. But if it’s not bothering you, you probably shouldn’t. There are people who are not diagnosed with any mental illness or pathology who say they hear voices all the time.”

“There’s a fair bit of work showing that men and women in sports talk to themselves all the time. I think it helps them to focus on the task, and beyond that it actually helps them to do the task better. Some have said the reason people stop talking to themselves as much is purely social pressure. There a social understanding that talking to yourself is a bit nuts – so they stop doing it, not because they don’t need to say it out loud any more, but because of social pressure. We talk to ourselves so much more now. When we wander down the street talking on mobile phones, it looks at first glance as if we’re jabbering away to ourselves, and I wonder if that’s changing the cultural perception.”

“When struggling with a challenging problem, you seek out ways to help yourself, and that sometimes takes the form of talking out loud – perhaps interrogating yourself for knowledge that’s buried in your memory. You bring to consciousness various bits of relevant information. I believe this helps your communication skills. There’s some reason to believe that hallucinatory voices are not of the same order as the kind of talk to oneself that we discover in child development. It may come down to a difference between talking to yourself in your own voice and talking to yourself in multiple voices of which you may not have awareness or control.”