It’s tough to swallow, but vinegar might be a fat-killer 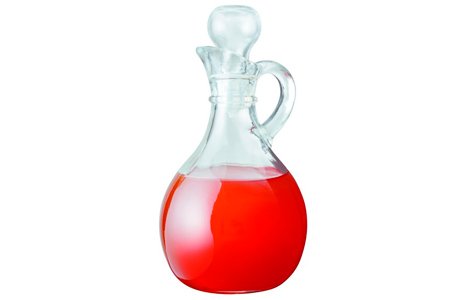 Megan Fox was shooting her mouth off yet again recently, this time about her vinegar diet, claiming, “It just cleanses out your system entirely. For women who retain water weight from [their] menstrual cycle and all that, it gets rid of it really fast.”

And experts everywhere did a collective facepalm, because what this world needs is another pair of tits on a stick touting some miracle diet or other.

People have been hyping the magical health properties of vinegar, specifically apple cider vinegar, for a very long time. Most of the claims originated in folklore, and few vinegar-related scientific studies have been conducted.

Some recent research does suggest that there may be something to the weight loss claims and that vinegar, or acetic acid, may have some effect on fat and blood sugar. But don’t start chugging the stuff yet. There’s more research to be done – and, hey, vinegar makes you acidic.

“I came across an obscure article from the 1980s that said, ‘If I give vinegar to rats, their blood glucose goes down.’ I was floored. I did a study and it worked. Eating 2 tablespoons of vinegar with high-glycemic foods reduced the glycemia by almost 50 per cent. At least three labs around the world are getting the same results. But drinking vinegar makes you more acidic, which is not good. Vegetables provide potassium salts that neutralize the acid effect, so we’re looking at using vinegar dressing on leafy green salad. Consume vinegar in a traditional manner don’t drink it in water or as a tea. But just eating vinegar doesn’t mean you’ll lose weight, though it might help because you’re not as hungry – it has a satiety effect.”

“There is no evidence that vinegar detoxes the body. People persist in a lot of dietary regimens because they believe the environment is polluting their bodies. Healthy adults have been endowed with extraordinary systems for elimination of waste. Our lungs, kidneys, liver, gastrointestinal tract and immune system are effective in removing or neutralizing toxic substances within hours of consumption. [The vinegar effects on glycemic index] in terms of clinical evidence are frankly really wanting. You can lose weight on some vinegar-laden diets because they are hypo-caloric.”

“Preliminary research suggests using 1 to 2 tablespoons of vinegar at a meal can help increase feelings of fullness, decrease calorie intake by about 200 per day, improve blood sugar levels after meals and over time lead to less body fat. Drizzle vinegar on everything from salads to pasta to chicken for these health benefits and to wake up the flavour.”

“We do know vinegar lowers the GI of carbohydrates foods when eaten with them. That’s interesting and warrants more study. There isn’t a lot of clinical evidence to suggest this is something people should do. Diabetes is a complex disease, and it requires complex management.”