Toronto-made A Morticians Tale is a death-positive video game

Theres a segment in A Morticians Tale where players encounter a cremulator. Its an odd machine that reminds me of. 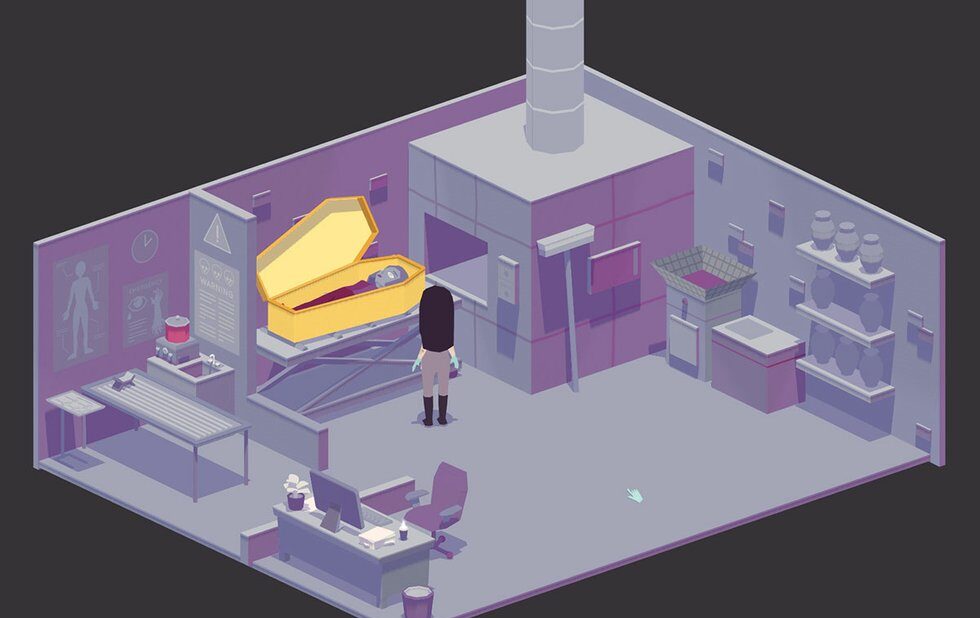 Theres a segment in A Morticians Tale where players encounter a cremulator. Its an odd machine that reminds me of an orange juicer, grinding human bones that emerge from a furnace into dust.

Its a really weird thing, says Gabby DaRienzo. The Toronto-based podcaster and game developer at Laundry Bear Games says while creating the game, she discovered that cremulators arent widely used around the world. Theyre mostly a North American thing.

In A Morticians Tale, gamers play a woman preparing bodies at a small funeral home. Interactions with those who are living are rare, typically during wakes or checking your work email. Your interactions with the dead are solitary and quiet as you clean and embalm the bodies. During the game, the funeral home is bought by a larger company, which DaRienzo says happens frequently to small-town parlours. Not a lot of people notice, as the places rarely change names.

I have a surprising amount of friends who are funeral directors, said DaRienzo, who believed she could work in the business herself until watching a video on how to remove a pacemaker. She sat through it at a co-op while other programmers behind her watched in horror. It was really educational but I thought I was going to fucking pass out.

DaRienzo said she has always been positive about death. Positivity doesnt mean excitement or anticipation of the end, just an open attitude. She imagined her own funeral might have an arcade with all her favourite games, before realizing the funeral wouldnt be done for her experience.

She began the podcast Play Dead to speak with other game developers on how they go about treating death. Games are a format where death can manifest in different ways. For example in Dark Souls, death is frequent, and in Undertale, death comes at an emotional cost. DaRienzo especially likes the way death was handled in What Remains Of Edith Finch and the Toronto-made Severed, where tragedy has to be confronted head on.

A Morticians Tale was initially inspired by the book Smoke Gets In Your Eyes, an exploration of the funeral world and history by YouTube personality Caitlin Doughty. Throughout the development of the game, the team at Laundry Bear Games had their own losses to draw from.

DaRienzos mother was diagnosed with cancer in fall 2016.

I think my comfort with death comes from her, said DaRienzo. She was very much a person who was open to talking about these things since I was a young kid. Im very appreciative of that. It helped me get over anxiety when I was a youth. When she was dying, we would often have open discussions about it.

When her mother passed away, DaRienzo had moments where she wondered if continuing to make the game was disrespectful. She worried it would embarrass her family. When time came to visit the funeral director, DaRienzos research had prepared her. She took charge on pricing and arrangements. Suddenly she found her father and sister were bragging to the funeral director about the game she was making, all the work she had done, and all her expertise. That was such a weird moment, she recalls.

If we can help somebody, and I dont want to be cheesy about it, but if were able to help somebody get over something, thats sweet.

Play Dead is produced by Dork Shelf, a publication Zack Kotzer has written for in the past.