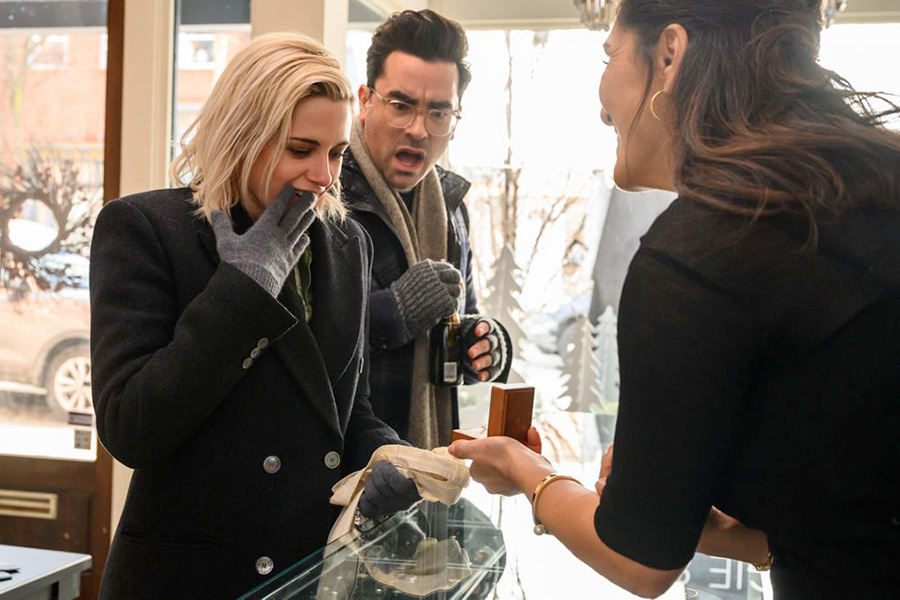 NOW critics pick what’s new to streaming and VOD for the weekend of November 27. Plus: Everything new to VOD and streaming platforms.

It’s being billed as a comedy – specifically, the first mainstream Christmas comedy to feature a gay couple – but Happiest Season isn’t the broad farce its marketing would have you believe. Instead, like actor-turned-filmmaker DuVall’s first feature The Intervention, it uses a familiar structure to tee up some surprisingly complex emotional beats. It’s low on flamboyant wackiness, but honestly? That’s not a bad thing. Happiest Season is a home-for-the-holidays family picture about lovers trying to hide a relationship, but it’s weighted by the fact that Harper (Mackenzie Davis) hasn’t come out to her WASPy family, meaning she can’t acknowledge her “roommate” Abby (Kristen Stewart) is really her girlfriend. And over the course of the movie, the script – written by DuVall and Mary Holland, who turns up as Harper’s awkward younger sister – drills in on the way Harper’s reflexive self-denial further isolates Abby. The usual Christmas-movie tropes are here – big parties, sibling rivalries, a subplot about Harper’s father (Victor Garber) running for office – but Happiest Season is much more invested in exploring what a closeted life can do to a person’s emotional compass, and how hard it is to love someone who hates a part of herself. It’s a lot deeper than you’d expect from the wrapping. 102 min. Available on digital and on demand Thursday (November 26). NNN (NW) 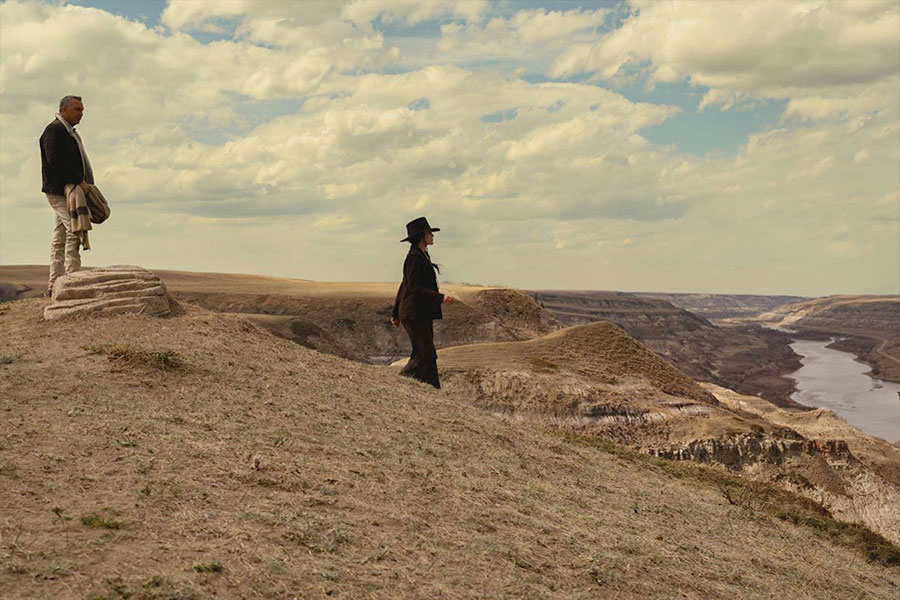 Diane Lane and Kevin Costner are North Dakota ranchers who travel to Montana to reclaim their dead son’s child from the bad people who have laid claim to him. Turning Larry Watson’s atmospheric novel into a series of grim confrontations, writer/director Bezucha leans heavily on the prestige-Americana aesthetic perfected by Ron Howard in movies like The Missing, spending a lot of money on production design and post-production to show us how understated and restrained everything is supposed to be. But this is just a dopey pulp Western, pitting our noble heroes against a family of stock hick villains (led by a slumming, sneering Lesley Manville) who do awful things in order to justify the spectacular retribution rained down upon them in the fiery climax. The only time the movie really comes to life is when our heroes spend a little time with a young Indigenous horseman (Booboo Stewart) they meet on their journey. The movie is ultimately just a junky revenge picture that wastes a lot of very talented actors’ time and will probably also waste yours if you let it. But I expect that from time to time I’ll think about Stewart and Lane and Costner, just sitting out in the badlands together talking about horses. That was nice. 114 min. Available on digital and on demand. NN (Norman Wilner) 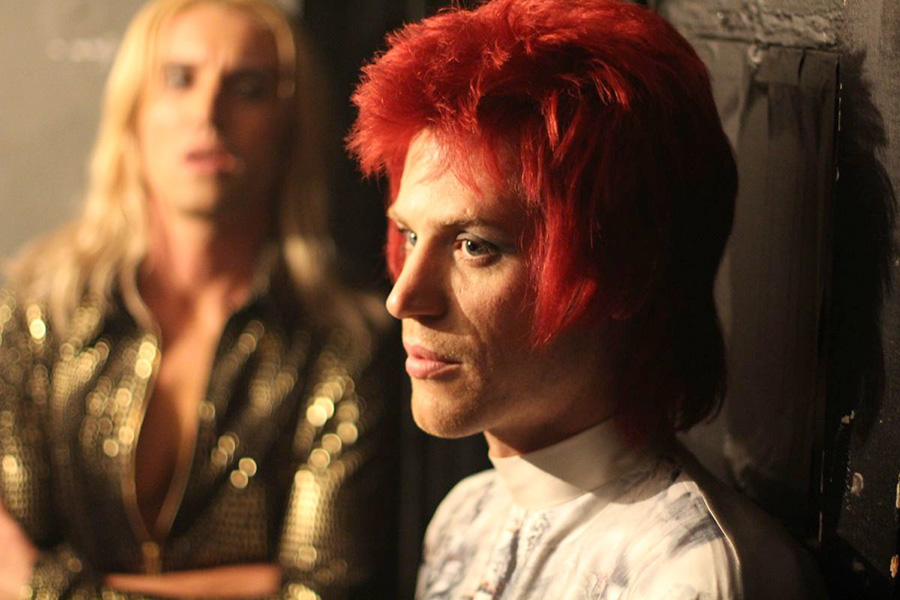 It might be possible to make a good movie about David Bowie that doesn’t feature any of his music, but Stardust isn’t it. A frustratingly reductive drama about the musician’s first visit to America, in 1971 – driving from one awkward booking to another with a record label publicist (Marc Maron) – it wants to articulate a theory about the creation of Bowie’s chameleonic career, but winds up feeling like a series of missed opportunities. The biggest stumbling block is that Johnny Flynn – recently seen opposite Anya Taylor-Joy in Emma. – is about a decade older (and an octave lower) than Bowie was at the time, which wouldn’t be as much of a problem if he captured anything about the man’s vibe… but he doesn’t. He wears the clothes, but the skin feels wrong; Maron, on the other hand, is so perfect as the rabbity, seen-it-all promoter that he winds up pulling focus from the movie’s ostensible subject.  Director/co-writer Range (who scandalized TIFF in 2006 with Death Of A President) intercuts their trip with flashbacks to Bowie’s relationship with his troubled older brother Terry (Derek Moran) intended to explain the genesis of Ziggy Stardust. But it all feels awfully facile – which might explain why Bowie’s family wasn’t willing to cooperate. 103 min. Available on digital and on demand Friday (November 27). NN (NW) 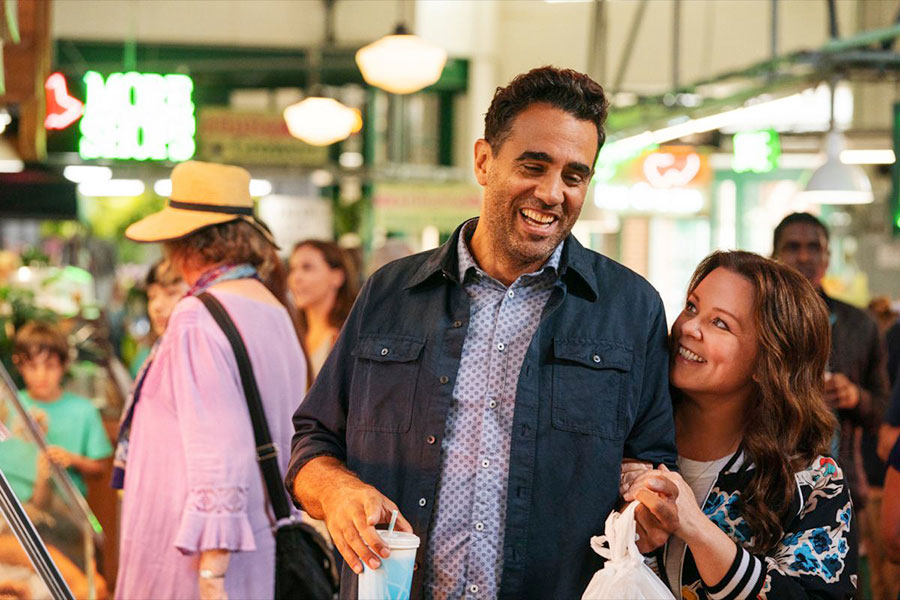 Superintelligence is a really, really weird movie. There’s just no way around it. Starring Melissa McCarthy as Carol Peters, a Seattle woman selected by a sentient AI as the median of humanity in a test to determine whether our species should be saved, enslaved or wiped out entirely, it somehow plugs the actor/producer’s cranky, slapstick-prone persona into a thriller plot about the race to stop a malevolent computer program from going full Skynet. But how malevolent can the program be, when it decides to sound exactly like James Corden? That’s the jumping-off point for Superintelligence, directed by McCarthy’s husband Ben Falcone as an ungainly hybrid of romantic comedy and Terminator prequel, with the AI deciding that Carol should reconnect with her ex (Bobby Cannavale) in order to prove humanity can fix its mistakes – or else. I have no idea what Warner thought they were commissioning, but Superintelligence is strangely sweet and very much in line with McCarthy and Falcone’s other movies, The Boss and Life Of The Party, which also enlivened their simple premises with eccentric, idiosyncratic tangents. It might not be a classic for the ages, but I liked it a lot.  106 min. Available to stream on Crave Thursday (November 26). NNN (NW)

The Mystery Of DB Cooper (Crave)

Sweetness In The Belly (Crave)

Spider-Man: Into The Spider-Verse (Netflix Canada)

A Colbert Christmas: The Greatest Gift Of All (Crave)

Doctor Who: The Christmas Specials (Crave)

Every Christmas Has A Story (Crave)

Every Day Is Christmas (Crave)

Jingle All The Way (Crave)

Jingle All The Way 2 (Crave)

Made You Look: A True Story About Fake Art (CBC Gem)

Taming Of The Queue (CBC Gem)

A Twist Of Christmas (Crave)

A Wish For Christmas (Crave)

I Propose We Never See Each Other Again After Tonight

Tales Of The Uncanny

The 18th edition of the free community film festival is organized around this year’s concept of “Dis Place,” which confronts the meaning and effects of displacement; all programming (with one exception) is available to stream across Canada. We’ve made some recommendations here. Through Sunday (November 29) at regentparkfilmfestival.com

The CSFF is rolling out three shorts about three different sports over the next three weeks in a mini-festival sponsored by the Harbord Street BIA. The first one dropped earlier this week: Jeannie Donohoe’s 2016 drama Game, about a high-school basketball team welcoming a scary talented new player; up next are two 2020 documentaries, one about hockey (The Dream Gap, streaming December 1) and the other about table hockey (Little Rink, streaming December 8). Through December 13 at csff.sportfilmfestival/ca

Having done the drive-in thing earlier this summer, the ICFF launches its home version on Sunday, offering a selection of new Italian features and documentaries accompanied by Q&As and related events. The program streams on the ICFF’s platform, with a collection of 13 titles available to Rogers customers with Rogers Digital TV and Rogers Ignite TV. Sunday (November 29) through December 8 at icff.ca 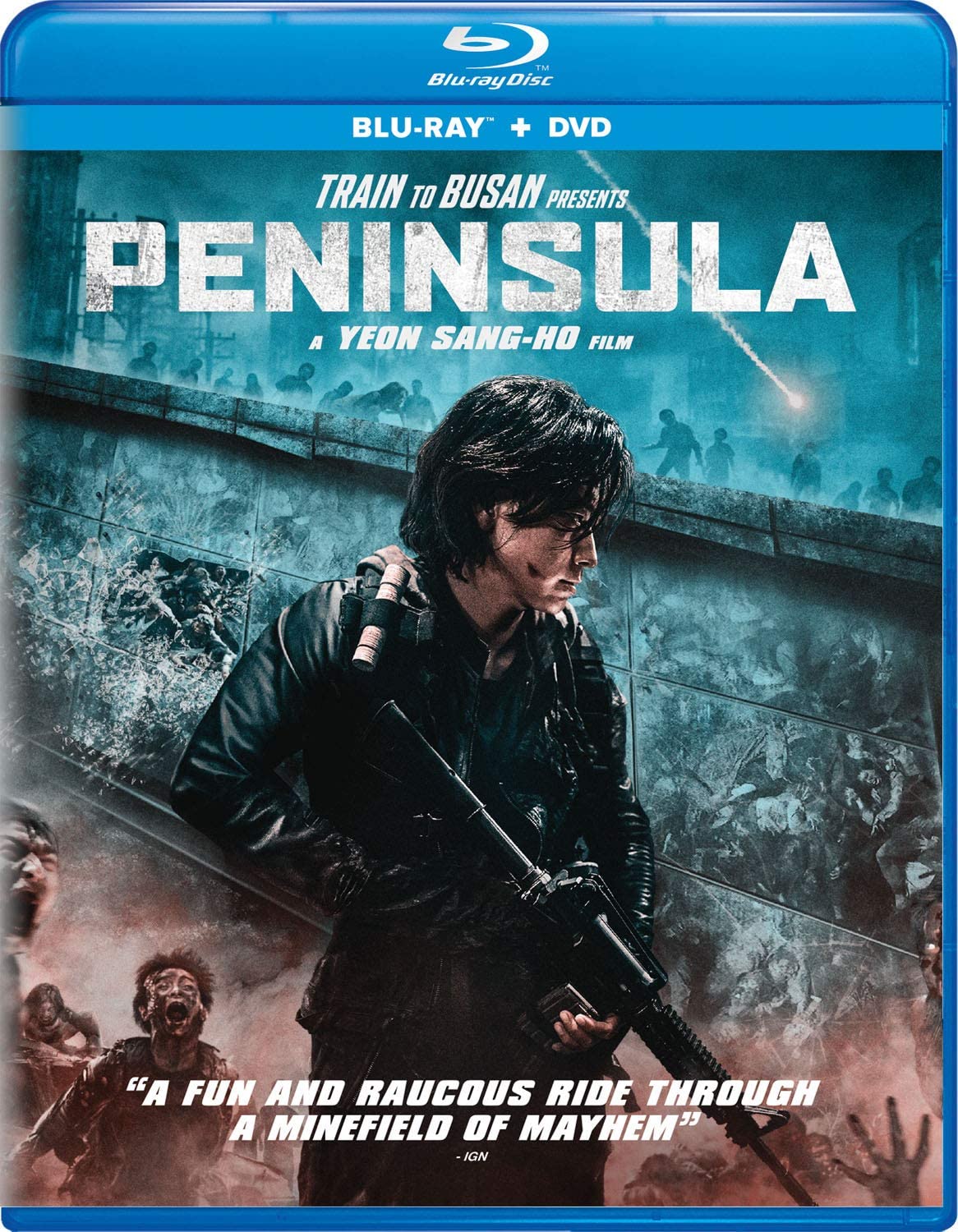 Yes, we know Martin Scorsese’s The Irishman joined the Criterion Collection this week, and the label also rolled out its Federico Fellini omnibus. But those titles were highlights of our 4K/Blu-ray gift guide earlier this week, so we thought we’d celebrate Yeon Sang-ho’s zombie-packed mash-up of Escape From New York, Day Of The Dead, Jurassic Park and at least two different Mad Max sequels, all stitched together to create a new, surprising thing. The action’s so frenetic, and the rampaging hordes so active, that watching this thing on a streaming feed can turn the finer details into noise; the much higher bitrate of Well Go’s physical releases offer a razor-sharp, reliably consistent image, and the Dolby Atmos soundtrack (available on both the Blu-ray and 4K editions) enhances the sense of imminent danger at every turn. The supplements are little more undistinguished on-set promo footage, but that’s okay: the movie is the real star here.