NOW MagazineMovies & TVHoliday Gift Guide: 10 ideas for the movie lover on your list 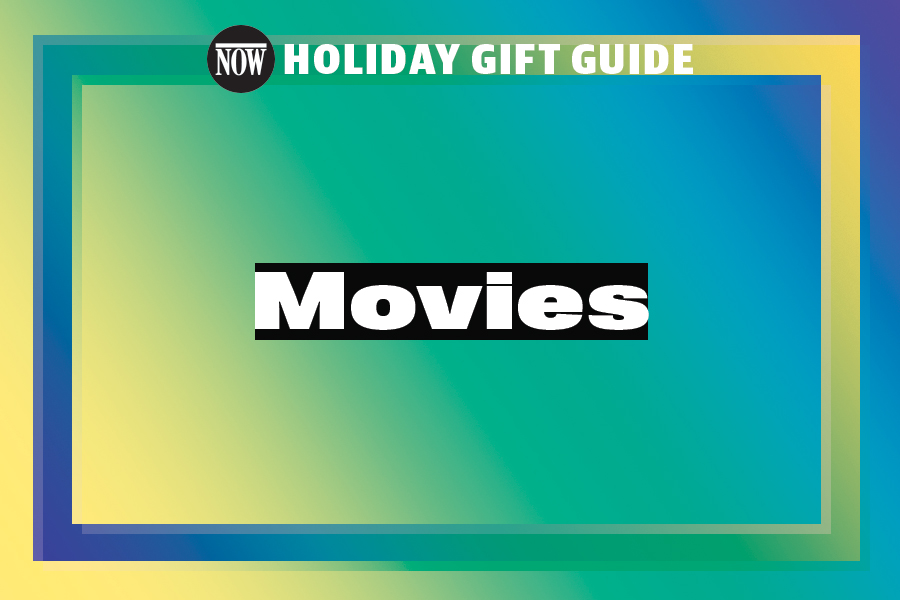 Yeah, we know, streaming services are all the rage these days. But internet connections are inconsistent, and bandwidth speeds can work against the real pleasures of immersing oneself in a beloved movie or TV show – as anyone who’s watched a stream of Furious 7 suddenly turn into a burst of muddy macroblocks can tell you.

You know what never switches to a lower-resolution image without warning? Physical media. And whatever your bandwidth, an Apple TV or Fire Stick’s 4K is never going to offer the same glorious picture, sound and High Dynamic Range as an uncompressed disc. (The studios know it, which is why they consistently ramp up their 4K release slate around the holidays.)

The same goes for regular old Blu-rays, which put streaming to shame on a regular basis – and are always right there on your shelf whenever you want them. Local retailers stocking Blu-rays include Bay Street Video and Sonic Boom. 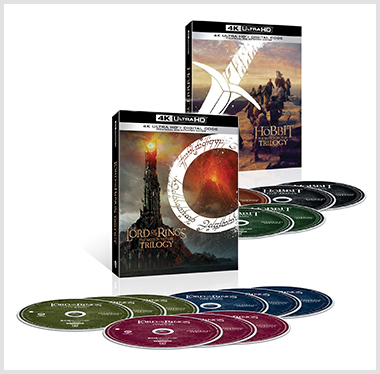 Everyone has that one friend who shuts themselves in over the holidays and marathons Peter Jackson’s Oscar-winning fantasy trilogy. If that friend has a 4K television, give them the gift of experiencing these in their best home editions yet: in new UHD masters  offering a sharper image, booming sound and HDR-drenched New Zealand vistas. Warner’s nine-disc set offers the theatrical and expanded editions of each film; if said friend is, shall we say, chasing the full Tolkien/Jackson experience, Warner is also bringing the Hobbit trilogy to 4K in a six-disc set with both cuts of each of those films. But… well, you know.

Essential Fellini and The Complete Films Of Agnès Varda 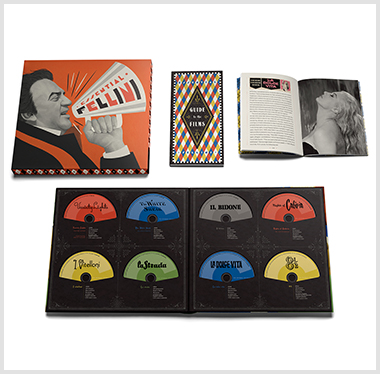 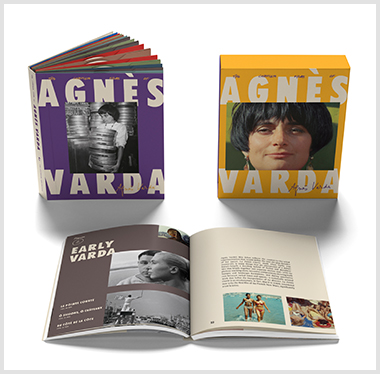 There was the complete Ingmar Bergman in 2018, then the complete Showa-era Godzilla run in 2019. Boasting loving restorations and exhaustive supplemental material, Criterion’s expertly curated omnibus sets are the ultimate cinephile present. Essential Fellini assembles 14 of the Italian master’s films – most of which are new to Blu-ray – and also throws in Toby Dammit, the brilliant short film he contributed to the 1968 anthology Spirits Of The Dead, plus two feature-length documentaries and hours of additional supplements. The Complete Films Of Agnès Varda celebrates the mother of the French New Wave with literally everything: 39 features, documentaries and shorts gathered onto 15 Blu-ray discs, along with supplements and a 200-page hardcover book. If the price tags are too high, a year’s subscription to the Criterion Channel ($99 USD) may be a more affordable gift… though you never know when a given title will rotate off the service, of course. 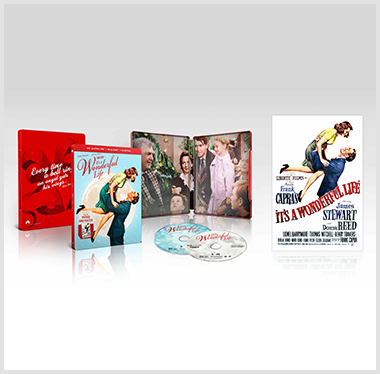 Frank Capra’s 1946 Christmas classic – still shocking newbies with the first two acts of unrelenting darkness that make George Bailey’s ultimate embrace of existence so damn heartwarming – gets a 4K steelbook release that makes it feel even more like a treasure, even if Paramount’s package includes the entirely unnecessary colourized version on Blu-ray. Ignore that disc, and embrace the lustrous black-and-white original; nearly 75 years later, Jimmy Stewart’s depiction of existential despair still feels painfully honest, Donna Reed’s pure heart radiates through the screen and that ending still lands like a blow to the chest. 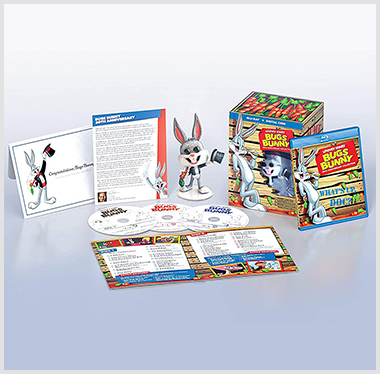 If the return of Animaniacs has left someone’s inner child longing to gorge on the original Warner Bros. cartoons, this three-disc set should keep them busy for a while. Warner has assembled 60 of the wascally wabbit’s shorts, from 1940’s Elmer’s Candid Camera to 1964’s False Hare, presenting them uncut in new high-definition restorations. All the classics are here, but what’s more interesting is finding titles that have never previously been released on any home format – like Racketeer Rabbit and Rabbit Every Monday – looking like they just came fresh from the printer’s. The set also includes retrospective documentaries, animator commentaries, and nine new Looney Tunes produced for HBO MAX this year. 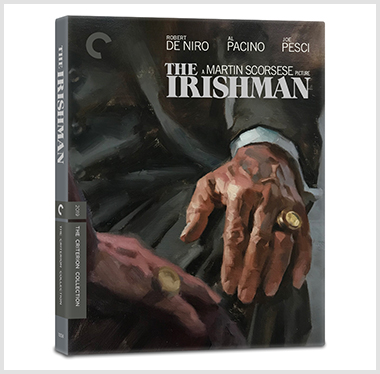 Sure, the gangster epic has been on Netflix for a year, making it hard to justify the spend. But that’s exactly why the Martin Scorsese completist needs you to get this monumental 2-disc package for them. The Netflix queue just doesn’t fill that empty space on their shelf next to Goodfellas and Casino. The Irishman is a must have for any Scorsese fan. The director’s ruthlessly slow and haunting memory piece feels like a cumulative final chapter to his gangster epics, a requiem that looks back at the stories he’s been telling for decades and pushes them forward to new depths and emotions. The Criterion disc does the film justice with scores of behind-the-scenes material, essays and interviews, including a disturbing sit-down with the former hitman the film is based on, Frank Sheeran. 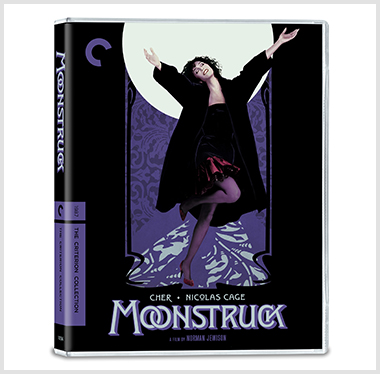 Spread joy this holiday season with Norman Jewison’s exuberant and hearty Toronto-shot family comedy about people who keep cheating on each other. Very few movies nowadays can capture the quirk and fantasy but also prickly honesty about relationships that last days or a lifetime as Moonstruck did more than 30 years ago. And one of the joys of the Criterion disc extras is hearing how little faith stars like Cher had in the movie. They were having fun but didn’t realize they were actually making something special. 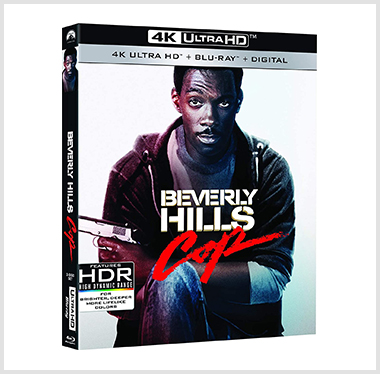 Anticipating the release of the Coming To America sequel (before it got bumped to a March Amazon Prime release), Paramount is releasing a bunch of classic Eddie Murphy titles in shiny new packaging. The Golden Child and a stuffed edition of Trading Places are coming to Blu-Ray. And Coming To America and Beverly Hills Cop are arriving in remastered 4K editions. Given the conversations around race over the past year, Murphy’s comedy feels as sharp and timeless as ever. Just imagine the reception Beverly Hills Cop would get today, with its shtick about a Black man seen as violating spaces, even when he’s a cop.

The Godfather Coda: The Death of Michael Corleone 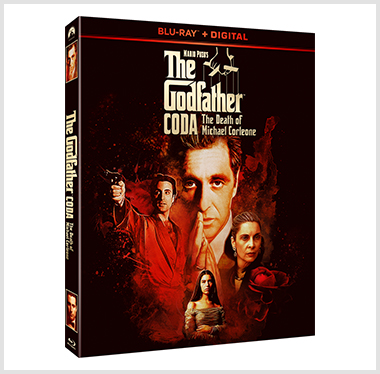 The Godfather Part III may have been a weak link following two of the greatest films ever made. But let’s be real, the final chapter to the Corleone saga has always stood miles above your average mafia movie. And now that Francis Ford Coppola is done unnecessarily retooling Apocalypse Now (for now), he’s turned his attention to redeeming the epic about Michael Corleone’s relationship with the Vatican and his daughter’s incestuous relationship with her cousin. Let’s face it. We can’t refuse this. 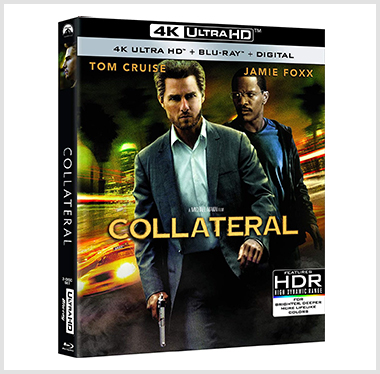 If there’s any movie you want to cop for its 4K quality, its Michael Mann’s slick and pretty action thriller Collateral. Mann was an early adopter of shooting digital movies, experimenting with it on Ali before going all out on Collateral and Miami Vice. And he’s among the first to make the format pop in unique ways in blacklight club shootouts or nighttime foot chases throughout L.A. traffic. The movie is great too, sucking us into the icy tension between Tom Cruise’s assassin and Jamie Foxx’s cab driver, whose mutual appreciation keeps complicating their game of cat and mouse. 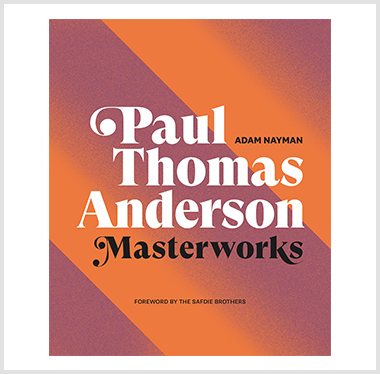 Do you know someone in the so-called “cult of PTA”? The terminology was used by Variety film critic Owen Gleiberman (though he’s not the only one) to disparage people who worship the work of Paul Thomas Anderson. Adam Nayman’s analysis on each of Anderson’s films makes for a terrific (and picturesque) bible for the disciples who preach that Anderson is one of if not the finest American filmmakers working today. Read to the end of Masterworks and try to argue that Anderson hasn’t reached all-timer status with The Master, Inherent Vice and Phantom Thread.