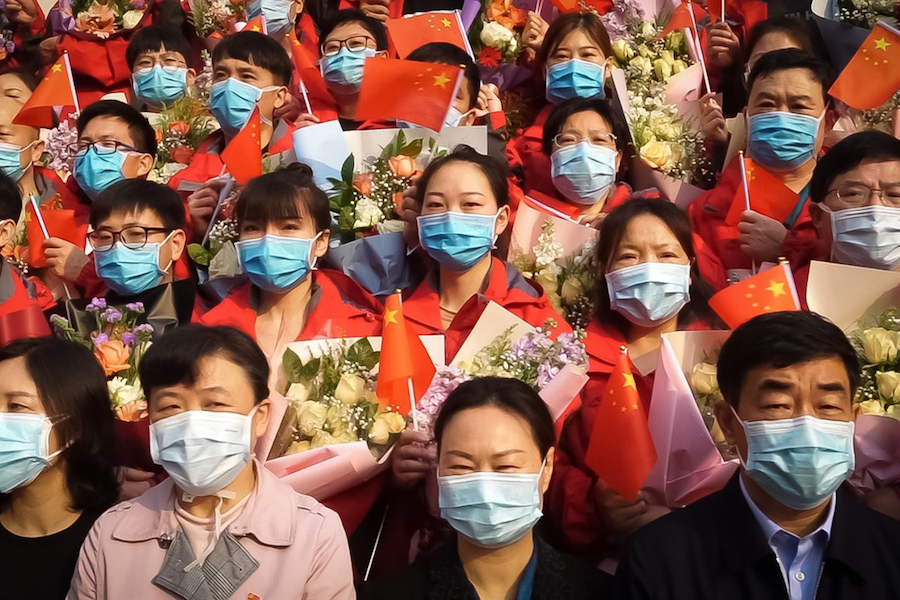 In The Same Breath finds her returning to similar territory, but via ingenious investigative reporting that takes viewers inside Wuhan’s hospitals, ambulances and crematoriums during the city’s coronavirus outbreak and the subsequent lockdown that stunned the world in January 2020. Working remotely with a group of local cinematographers, Wang calls into question China’s official death toll, and many other official lines, but also shows the way propaganda spreads like a kind of virus to undermine public health and health-care workers.

Once again mixing in personal storytelling – she had left her son with her mother in a village not far from Wuhan when the pandemic took hold – Wang, who lives in the U.S., also questions her own assumptions about the American response to COVID, drawing damning and sadly ironic parallels between the two government responses.

In The Same Breath is among a handful of recent documentaries examining the Wuhan outbreak, but Wang stands out for her ability to tell a big-picture story through intimate scenes of working people forced into difficult choices beyond their control, while also exposing the levers of state power every step of the way.