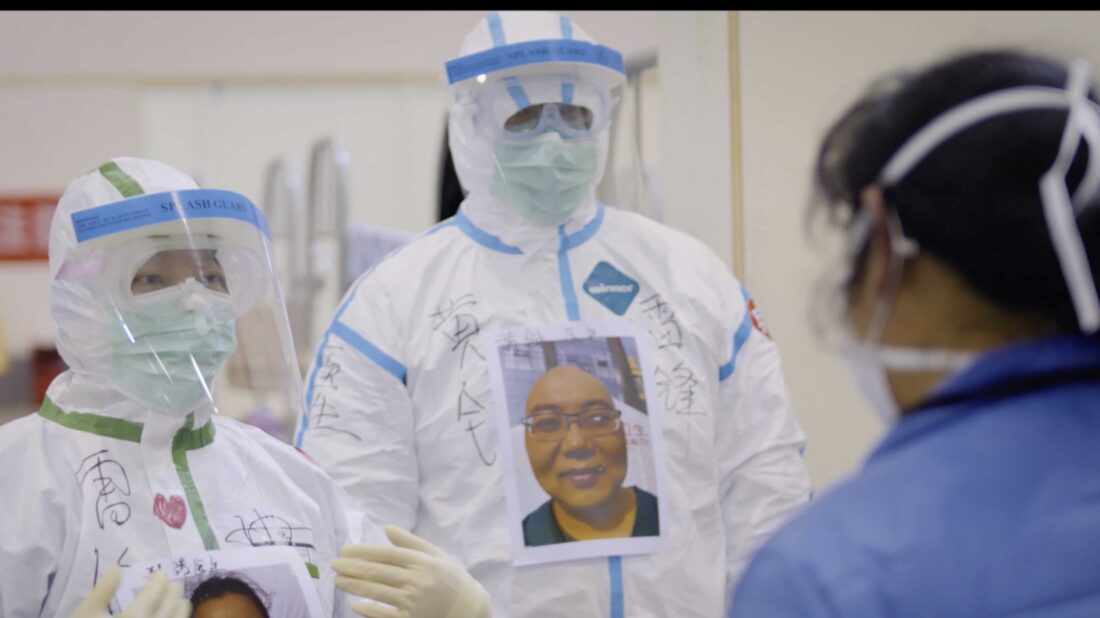 Working with footage shot by several filmmaking teams, Chang (Up The Yangtze, China Heavyweight) follows a handful of people through the first wave of COVID-19: a chief ER doctor, an intensive-care nurse, one of her critical-care patients, a mother and young son quarantined in a massive field hospital, a travelling psychologist offering therapy to anyone who needs it (which is everyone) and a young man who volunteers to drive health-care workers through the city while his pregnant wife stays home.

Shot in February and March 2020 while the city was in lockdown, Wuhan Wuhan plays like the calmer, more character-driven companion piece to last year’s 76 Days. And that’s the point: Chang and his producers made their documentary to counter the anti-Asian racism that’s been spiking since the start of the pandemic… though of course it’s unlikely that the people who most need to see Asian people as human beings will ever bother to watch it.