Kim’s Convenience spinoff in the works at CBC 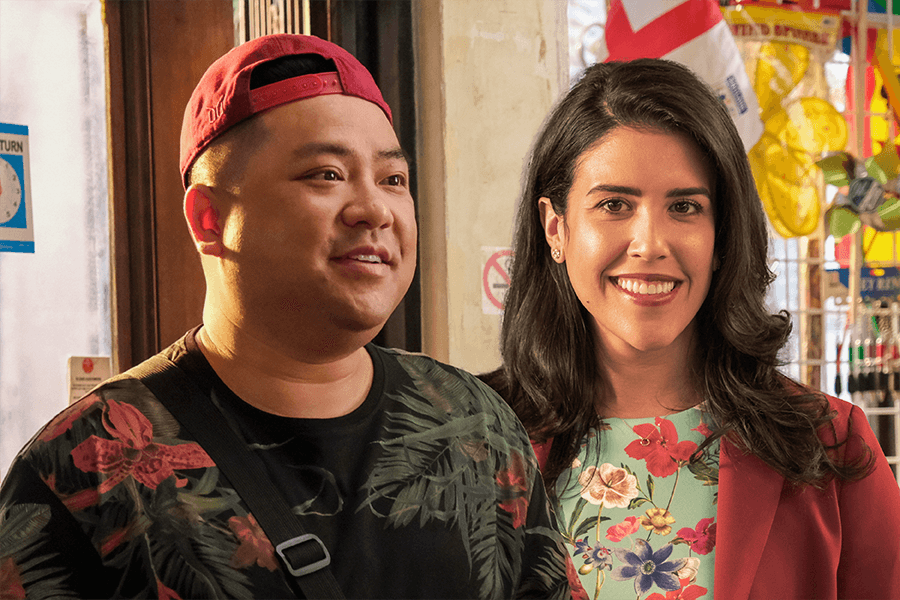 Kim’s Convenience might be coming to an end, but one of the characters will live on in a spinoff series.

CBC has announced that Nicole Power will reprise her role as Shannon Ross in the comedy Strays. The show, led by Kim’s Convenience co-creator Kevin White, will follow Shannon “as she embarks on a new career in Hamilton,” the network said. The ensemble cast includes Frank Cox O’Connell, Tina Jung, Nikki Duval and Kevin Vidal, among others.

The spin-off has been in development since July 2018 and is currently in production, suggesting that perhaps Shannon was destined to say goodbye before showrunner and co-creator Ins Choi decided to leave, precipitating the sitcom’s surprise cancellation.

Meanwhile, another Kim’s Convenience star has landed a new gig on a CBC series. Andrew Phung, who plays Kimchee, has co-created the comedy series Run The Burbs with filmmaker Scott Townend.

The series is about “a young, bold Canadian family taking a different approach to living life to the fullest in the suburbs,” according to a show description. Phung plays a stay-at-home dad with an entrepreneur wife and two kids.

Dream come true! My TV series, Run the Burbs, is coming to @CBC! It’s a show about a family living their best life in the suburbs and taking on the world together. This is a comedy filled with so much love, and I can’t wait for you to see it! https://t.co/kGwdV0YplZ @Pier21Films

“Both of these series were planned to join Kim’s Convenience on our comedy lineup this upcoming year, to reflect how many young Canadians are forging new lives outside of urban centres in Canada,” said Sally Catto, CBC’s general manager of entertainment, factual and sports said in a statement. “We look forward to watching Andrew and Nicole as they explore these new stories.”

“Our two co-creators confirmed they were moving on to other projects. Given their departure from the series, we have come to the difficult conclusion that we cannot deliver another season of the same heart and quality that has made the show so special,” the network said.

The show has since been nominated for 11 Canadian Screen Awards.