Agnes Varda has died, but her empathy and spirit live on

To make The Gleaners & I, her 2000 documentary about scavenging, Agnès Varda necessarily watched people sift through things for. 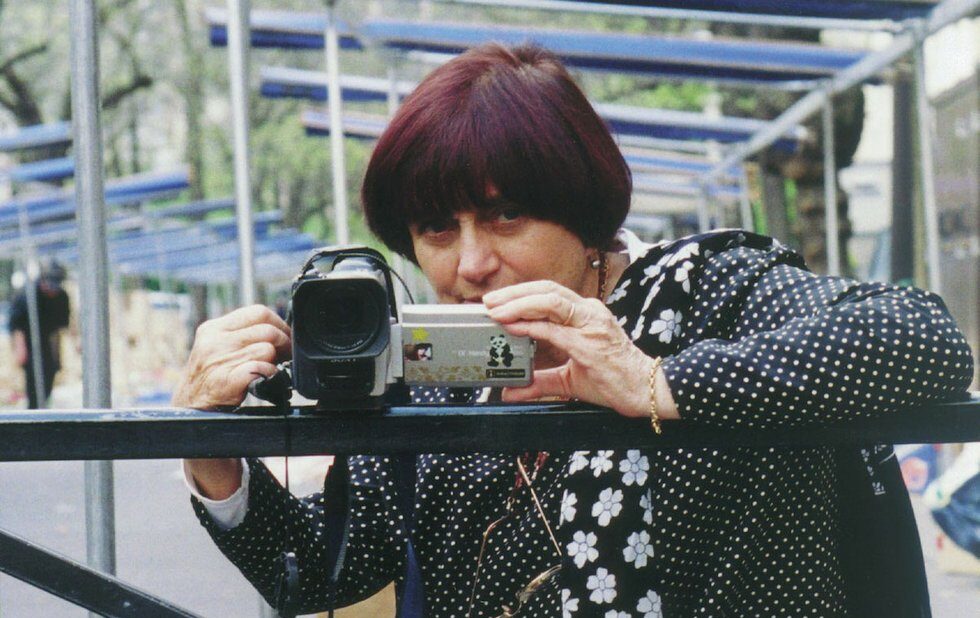 To make The Gleaners & I, her 2000 documentary about scavenging, Agnès Varda necessarily watched people sift through things for many hours: fields after a harvest, junk piles, the detritus of other peoples lives. At one point she comes upon an old, handless clock, and that leads her to contemplate her own mortality – and, by implication, what she herself will leave behind.

I’ve been thinking about that clock a lot today, as the news of Varda’s death in Paris on March 29, at the age of 90 sinks in. But I can also answer the question she posed: she left us herself.

Agnès Varda made movies I love, and she made other movies I love possible – Truffaut’s, Rohmer’s, Rivette’s – by demonstrating that empathy and spirit could serve cinema just as well as impressive camera setups and convoluted plots. There were few filmmakers as personal and as open as she was, and you can feel it in everything she did.

Varda not only sparked the French New Wave with her 1954 feature La Pointe Courte, a study of a nameless couple (Philippe Noiret, Silvia Monfort) facing the end of their relationship, but refined it further in 1962 with the magnificent Cléo From 5 To 7, which captured the sublimated existential crisis of a young woman (Corinne Marchand) adrift in Paris as she awaits the results of a biopsy.

Shot in black-and-white for a verité feel that captures the city and its inhabitants in constant activity around its emotionally paralyzed protagonist, the film is alive in ways few others were, or are. Had Varda never made another movie, Cléo would have been enough to put her in the pantheon.

But she did make other movies, working constantly through the 60s, 70s and 80s; much of her output has been collected in two excellent Criterion Collection boxed sets. 4 Films By Agnes Varda packages Cléo and La Pointe Courte with the 1965 domestic drama Le Bonheur and the 1985 drama Vagabond, which shuffles back and forth through the life of a young drifter (Sandrine Bonnaire) who’s found dead at the film’s opening.

All four of these films are connected by Varda’s intimate concern for her characters, and thinking about them now I can almost hear her voice, asking: You are going through something profound, yes? What is it like? It’s a question that recurs in all of her films.

Varda was an endlessly curious artist, wandering around the world with a camera and turning the people and things she found into beguiling, fascinating cinema. She moved back and forth between fiction and documentary, frequently blending the two by mixing family members or nonprofessional actors into her dramas, always finding the right tone for whatever mixture shed made. The other Criterion box, Agnès Varda In California, gathers up the films she made in America in the late 60s, when she sojourned there with her husband Jacques Demy, and throws in two more she made when she went back in the late 70s.

They’re a haphazard assemblage of docs about a distant relative, the civil-rights movement, New York art-scenesters and the murals of Los Angeles, and a short feature about a mother and son living on the fringe. But they’re all about Varda investing herself, and us, in the thing that’s caught her attention. Something profound is happening. What is it like?

I got to meet Varda in 2008, when she came to TIFF with her documentary memoir The Beaches Of Agnès. The film felt very much like it might be her last: it’s all about her career and her memories, and a summation of her philosophy. Maybe she was retiring. She was 80 years old. No one would blame her.

It was a breakfast interview, a roundtable with six or seven other journalists at a restaurant on Bloor East. Within moments of her arrival, Varda was taking our pictures and quizzing us about ourselves, asking for film recommendations and demanding one young woman eat a croissant because she looked tired.

That’s my most vivid memory of the hour we all spent together, probably because it so perfectly demonstrates Varda’s way of taking care of the people in her orbit. (Revisiting the Q&A this morning, I noticed she also insisted I eat something as well.) We talked about her work, of course, but she was much more interested in the people in front of her than the work that was behind her. That’s how she could have such a peripatetic career, and why she was never going to retire.

Over the following decade, Varda continued to work while falling into a sort of side hustle as an adorable art-house avatar – an image my friend and colleague Mallory Andrews was quick to skewer when TIFF held a retrospective of Varda’s work last spring. Yes, she was posing for fun photos at festivals and events, and everyone around her was clearly delighted for the opportunity, but she was also producing relevant, immediate, valuable work like the ebullient Faces/Places, a collaboration with the artist JR that resulted in Varda’s first Oscar nomination. She was 89. The film lost to the sports-doping documentary Icarus. I bet she had fun at the after-party anyway.

It made my heart happy to see her, both on screen and in person, and I’m glad that well get to see one more documentary, Varda By Agnès, later this year. I used to worry she wouldn’t get the credit she deserved, but I’ve been reading tributes to her all day. She knew who she was, she knew what she meant to us, and she knew what she left behind.