The Dolemite Is My Name actor sees a line between Blaxploitation star Rudy Ray Moore, Eddie Murphy and his own sketch comedy with Jordan Peele 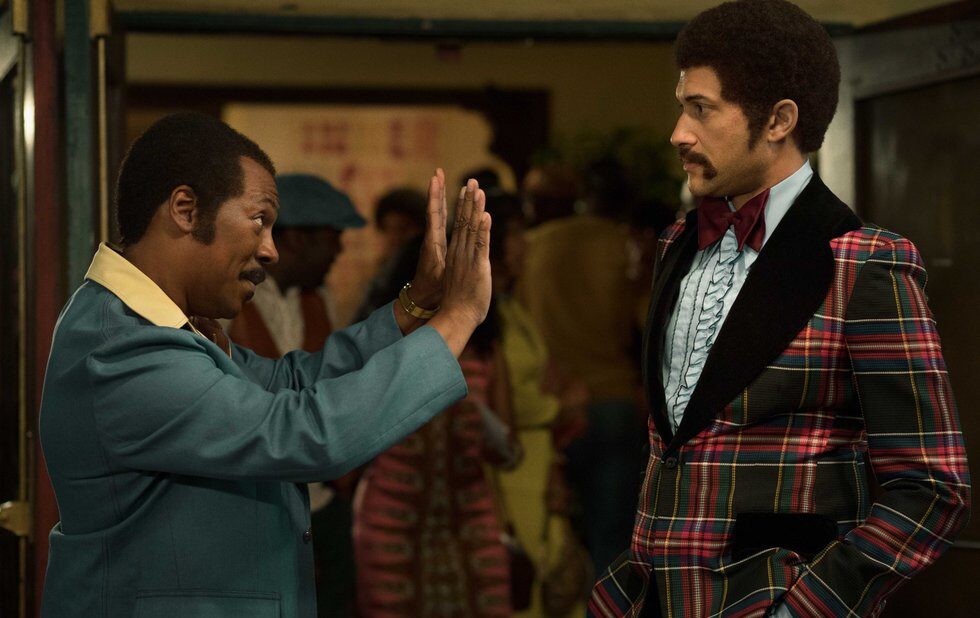 “He’s my hero,” says the Key & Peele star in a conversation illustrating all the ways Murphy inspired his own work. Key shares the screen with his hero for the first time in Dolemite Is My Name.

Murphy makes a dazzling return to the screen in the Netflix biopic as Rudy Ray Moore, the Chitlin’ Circuit singer, shake dancer and comic turned Blaxploitation pioneer who fought to put his influential stage persona Dolemite on the screen.

Key plays Dolemite screenwriter Jerry Jones. I’m interviewing him a day before his movie’s premiere at the Toronto International Film Festival. His booming voice fills the a large empty conference room at the Shangri-La hotel as he enthuses not just about Murphy but all the comic talent amassed to tell Moore’s story. Dolemite Is My Name also stars Craig Robinson and Mike Epps, and features a cameos from fellow comic Chris Rock and rappers Snoop Dogg and T.I.

All would have been inspired, in one way or another, by Moore. Key jumps at the opportunity to connect the dots  between Moore, Murphy and Key & Peele, with a few other legends in between.

So here goes: an oral history from Keegan-Michael Key.

“Rudy Ray Moore started his career as both a singer and a shake dancer. He performed on the Chitlin’ Circuit [venues across the United States that catered to Black audiences during the Jim Crow era]. He hung out with tramps who would tell the legends of this character named Dolemite. He’s a mythical character. He’d say, ‘I’ll eat steel and shit nails. I came out my mamma’s womb full grown.’ Rudy adopted that character in his act.

“Rudy made party albums or stag albums. People would have drinks in their home and listen to the albums. He worked blue, adult material. Eddie [Murphy] is definitely influenced by Rudy in that way. It’s blue. It’s the opposite of [Bill] Cosby. It’s way, way, way dirtier. It’s for adults. It’s hypersexual.

“Rudy’s influence was not only in the subject matter but also how he delivered the comedy. He would do these poems: the most famous is the character of Dolemite telling the story of the Signifying Monkey.

“He was rhyming poetry with illicit content. That’s why he was considered the Godfather of Rap. Snoop Dogg definitely looks at him as a hero. As young people, Snoop, Ice Cube, almost everybody in NWA had a steady, healthy diet of Dolemite through their parents.”

“Rudy is a contemporary of Richard Pryor. They did very similar things. -Pryor is the guy who popularized the template of ‘white people do this and Black people do that.’ Hundreds of comics did that after him.

In his stand-up Eddie was telling us stories about his life – his point of view, how he sees the world, his history and how the people around him were raised. A lot of that he got from Pryor.”

“Eddie Murphy to this day is arguably one of the greatest commercial comedy successes of all time. Eddie keeps things illicit while being as popular and widespread as Cosby.

He had a great love for the classics, like Jerry Lewis and Dick Gregory. He could do it all: sketch, improv, stand-up, acting. He was unbelievable. He made everything possible for an African-American comic.

I remember when we first started writing Key & Peele, there was one sketch that was written like White Like Me [Eddie Murphy’s famous whiteface SNL skit]. We never made it past the script stage, but it was about two Black guys who were undercover spies. They infiltrate the Ku Klux Klan. They’re using the N-word to mix in and one of them is like, ‘uh oh.’ That’s clearly influenced by White Like Me.

If you were to ask Eddie, everything for him is the pursuit of getting what I call a guffaw. It’s not, ‘Hmmm, oh that was very clever.’ I want crying… I’m laughing so hard.”

“Chris Rock is using comedy as a social platform. You would consider Eddie Murphy, Richard Pryor and Dick Gregory [a comic and activist] his predecessors. He thinks: how can I keep the raunchiness but add social commentary to it? How do you keep people laughing and keep it elevated so that it enters part of the zeitgeist? You want it to be pervasive in regard to social conversations but you still want people laughing out loud. That challenged people like me, Jordan Peele and Dave Chappelle. That was always our big thing.”