NOW MagazineMovies & TVNews & FeaturesTIFF 2018: Filmmaker R.T. is so over the “Canadian look” 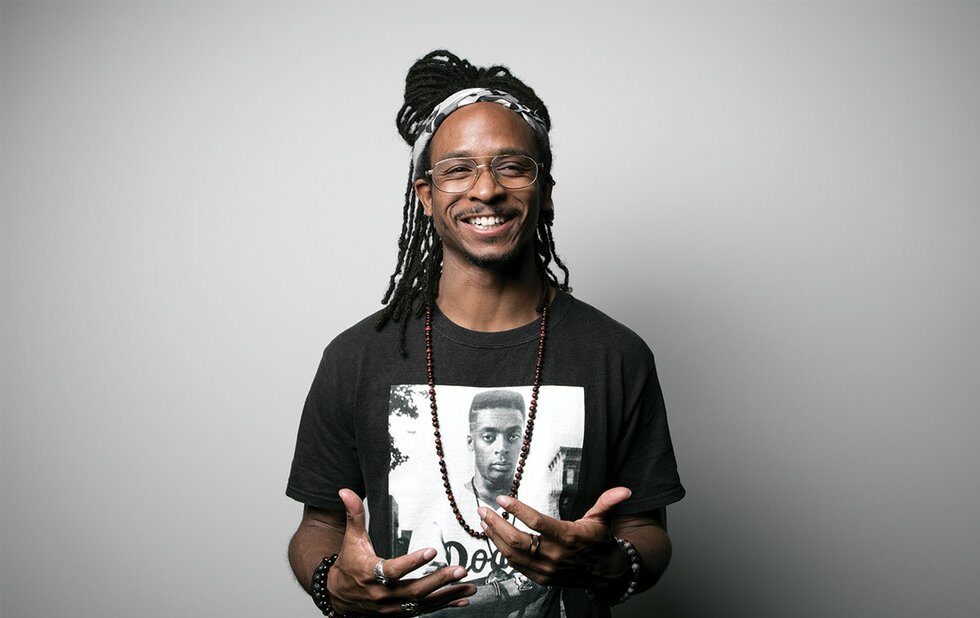 On August 1, Randall Thorne posed for photos with a group of budding Canadian and international filmmakers in TIFF’s Talent Lab.

It was his second “wow” moment of late. Earlier in the year, funding body Telefilm named the Toronto director a Talent to Watch.

The buzz is due to 40 Acres, a chilling, dystopian film that R.T. – as he’s known professionally – is writing and developing. The film will showcase what drives a lot of his work: social issues such as race, age and gender from an untapped-mix of cultural perspectives, and Black womanhood in Canada.

Those industry accolades have affirmed that the former MuchMusic Video Award-winning director is on the right track.

40 Acres tells the fictional story of an ex-solider who returns to her ancestral farm in Nova Scotia, militarizes her children and prepares to live and die for what’s hers. It’s a disquieting story that touches on motherhood, race, fear, xenophobia and the legacies we leave for our children. At the forefront is the dismantling of systemic isms on all levels.

“The key elements for me in making this film is to tell a story about a middle-aged Black woman and her relationship with her son,” he says. “Obviously it comes from my mother being a very strong presence in my life, but also Black women in many mainstream movies do not play a central role. They don’t get that shine, especially middle age [women]. The industry is very ageist.”

In the early 2000s, he was a talented but untested intern at MuchMusic looking for a way to tell stories. He had abandoned dreams of becoming an animator, leaving Sheridan College months into his first year and moved back home. His mother – a divorcee from Calgary who moved to Toronto, worked two jobs and returned to school to give her two sons greater opportunities – was having none of it.

“She’s a Caribbean mother. She definitely wanted me to become a doctor or a lawyer,” he says with a laugh, from his home in Toronto. “My brother became a lawyer so that gave me leeway to mess around. But when I came back home she was like, ‘I didn’t send you all the way there to waste money. You’re going somewhere next year.’”

With his mother’s guidance, he enrolled in Ryerson University’s Television and Film program. “I was drawing my storyboards for a short film I was writing and I realized that I was doing the same thing with cameras as I had been with a pencil. It’s a frame and I’m telling a story within that frame.”

Entering the film world for a young Black man was an obstacle, yet R.T. recognized that music videos offered an entry point.

“Hip-hop was my way in. There were video music directors like Hype Williams and Little X – now known as Director X. They were inspirations,” he says. “I looked like them. They looked like me. We had similar experiences and I could figure out a way to tell stories with those videos.”

He contrasted the A-list work of Williams and Director X with Canadian-made videos, dissected every aspect of music videos to figure out how to avoid that “Canadian look” once so awkwardly common: unsophisticated production quality seen in everything from poor lighting, particularly of people of colour, and second-rate framing.

On weekends, he borrowed MuchMusic cameras to make music videos. Editors showed him how to use the Avid system and he’d make “little videos” after hours. “It was a real education,” he says. “An extended film school.”

Soon, he was an associate producer at MuchMoreMusic and a sought-after director, making videos for the likes of Snoop Dogg, Simple Plan, Sean Paul and Marianas Trench.

Eventually he started his own company, The NE Inc, with co-founder John Nadalin. For the next 11 years he made music videos until the “bottom dropped” out of that business in 2012. That’s when film called again.

He has since worked on legacy shows like Degrassi and directed Hulu programing internationally. He also cites his years working as a mentor with the Remix Project and underserved youth as his proudest experiences thus far.

He’s now directing his lens and voice towards the Canadian industry that, just like those dated-looking videos from the past, has yet to catch up with the game-changing moves south of the border with Hollywood films like Black Panther and Get Out.

“Canada has a way of saying we’re all about inclusivity and diversity, but when you look at television you see none of that reflected,” he says. “The decision makers here haven’t clicked in that there’s actually money behind that [diversity]. It’s really about trying to wake them up. It’s going to start, hopefully, with people like me. But it’s going to take a hard push by the next generation, too.”