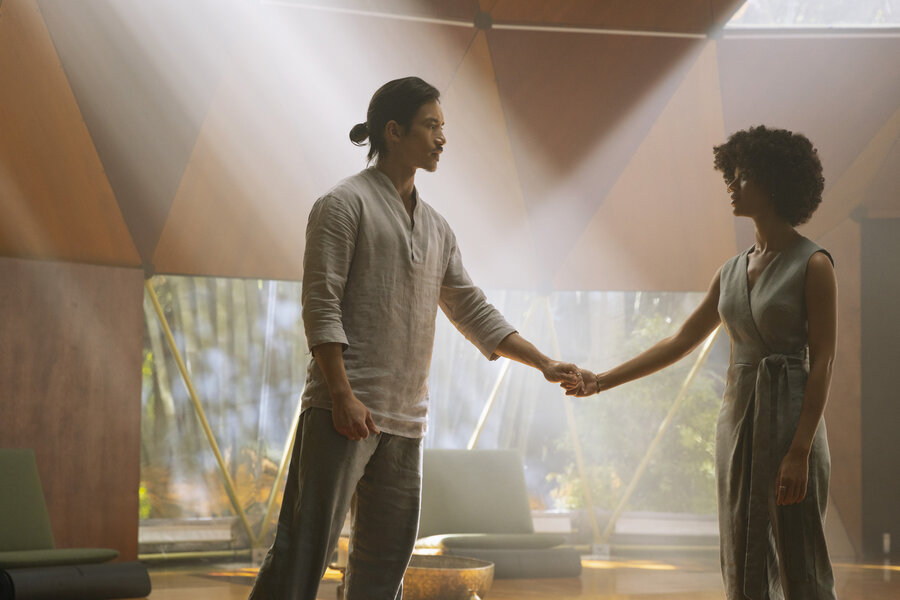 It’s rare to see an actor turn up in two streaming shows in the space of a week, but it’s also kind of nice. Especially when that actor is Manny Jacinto, who spent four years playing the blissfully clueless Florida man Jason Mendoza in The Good Place and is now riding the momentum from that series into two high-profile projects.

In Nine Perfect Strangers, premiering on Amazon Prime Video Canada on August 20, Jacinto plays Yao, an enigmatic attendant who works with Nicole Kidman’s equally mysterious guru Masha at Tranquillum House, a luxe California wellness retreat where everyone seems to have at least one secret – including Yao and his co-worker and bedmate Delilah (Tiffany Boone).

In both shows, Jacinto communicates a lot about his respective characters through his physicality. The easygoing Code spends a lot of time sitting around slouched, helping set that series’ tone of deadpan weirdness detachment, while Yao is poised and alert, moving through scenes on the balls of his feet as though he’s ready to jump on any problem that might emerge.

In an interview, Jacinto is quick to credit his movement training for Yao’s unpredictable energy.

“He needs to be calm and open to the clients of Tranquillum,” he explains, “but he has his own inner conflicts, especially with his devotion to Masha and his love for Delilah, he’s kind of stuck within that trio. And then having to deal with the nine strangers, he’s keeping that together… so yeah, with what’s happening in Tranquillum he is on his toes a lot of the time until he has to run, that’s for sure.”

Jacinto immediately catches himself. “Not that he’s going to run! No spoilers or anything! But yeah, it’s like that, metaphorically speaking.”

The miniseries was shot on location in Byron Bay, Australia, from August to December 2020, and Jacinto says the isolation helped everyone get into the right mindset for the show.

“It’s a story about being at a retreat, at a beautiful place on earth,” he says. “And that’s what we ourselves were experiencing, going to this isolated, beautiful beach town area. The fact that we can’t really interact with a lot of people outside of set, and the fact that a lot of us are thousands of miles away from our homes… whether we liked it or not, we got to hang out with each other,” he laughs.