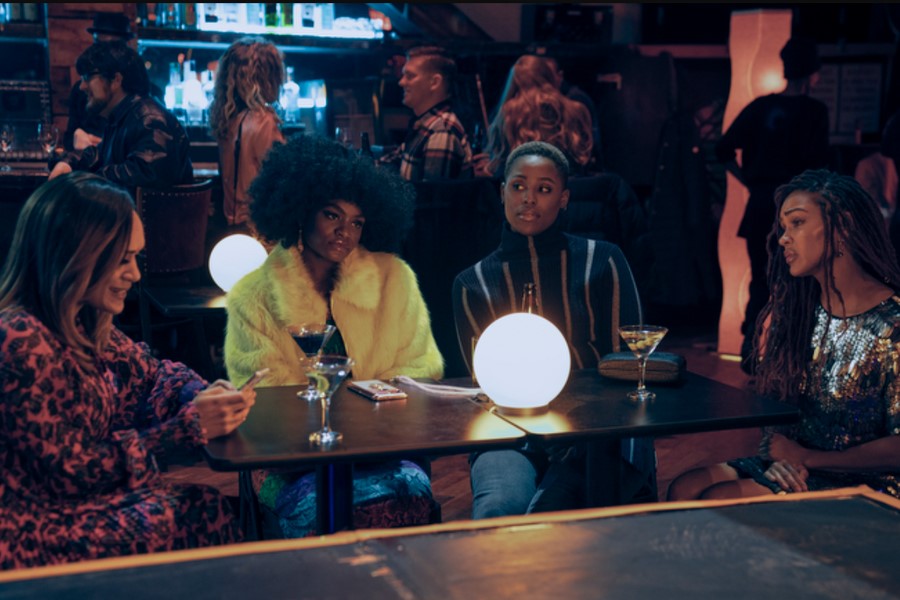 This new series from Girls Trip writer Tracy Oliver casts Meghan Good, Grace Byers, Shoniqua Shandai and Jerrie Johnson as four BFFs dealing with careers, relationships and a supporting cast that includes Tyler LePley, Jasmine Guy, Whoopi Goldberg, Andrea Martin and Robert Ri’chard, among others. And it’s dropping a couple of weeks ahead of the Sex And The City revival, so it’ll have the chance to carve out its own space. December 3

In their environmental documentary, narrated by Chiwetel Ejiofor, filmmakers Virginia Quinn and Kevin Sim offer a preview of the next challenge facing our planet: the freshwater crisis. From the Cape Town water crisis of 2018 to the Australian wildfires a year later, earth’s rising temperatures are endangering our most precious natural resource – and setting the stage for global crisis. Just a little light viewing going into the holidays. December 9

Fresh from TIFF, Michael Pearce’s paranoid thriller casts Riz Ahmed as a Marine trying to save his young sons (Lucian-River Chauhan, Aditya Geddada) from a “global parasitic invasion,” with Octavia Spencer and Rory Cochrane along for the ride. Director Pearce last came to TIFF with the Jessie Buckley/Johnny Flynn psychodrama Beast in 2017; it’s safe to say this one is a rather different animal. December 10

The final season of the fiercely beloved cult sci-fi series finds the entire solar system at war, humanity’s very existence at risk… and, of course, the crew of the Rocinante smack in the middle of it all. The previous five seasons have steadily scaled up the story from a simple murder mystery to a political thriller with colossal stakes, so it’ll be interesting to see just how big Mark Fergus and Hawk Ostby are willing to go for these last episodes. Fridays from December 10

Writer/director Aaron Sorkin follows the bombastic drama of The Trial Of The Chicago 7 by casting Javier Bardem as Desi Arnaz and Nicole Kidman as Lucille Ball – yes, really – in a drama about a week in the production of their landmark sitcom I Love Lucy. We’re almost as curious to see how Sorkin fits his signature inspirational monologues into this story as we are to find out how his stars channel the very specific comic personae of their characters. December 21

The full list of TV shows and movies coming to Amazon Prime Video Canada in December 2021:

Carlos Ghosn: The Last Flight
Inside Edge (season 3)
Till Death

FC Bayern – Behind The Legend

Angel Of Mine
2 Broke Girls

The Big Trip
Lord Of War
The Next Three Days
Warrior